Because my avatar has bent ears, you see. 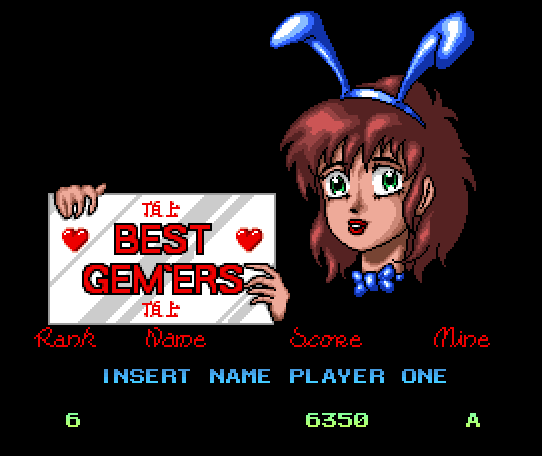 You’ve all seen my avatar, right? It’s on everything I do. The bunny girl with the big eyes and a bowtie. You’re probably wondering where it came from, and why I use it. Funny story, actually.

That’s a lie. It’s not a funny story at all and, in fact, there’s not even any real story behind it, funny or otherwise. How disappointing for you. I’m not even sure why it came to be my avatar nor why I’ve kept it for so long, but I can tell you where it came from.

Long ago, there was a weekly (yes, weekly – a rare thing indeed) video games magazine called Games-X. It was great, and covered the Amiga, PC, Atari ST and consoles. Sometimes it would mention Speccy/C64/CPC games but not very often nor in great detail, and even though I only owned a Spectrum at the time I still bought it. It’s probably why I asked for a Megadrive all them years ago.

One thing from Games-X that I remember was a review of an Amiga puzzle game called Gem-X. There was nothing particularly special about the game, which looked a lot like Columns in the screenshots but played completely differently, and I don’t remember it getting a fantastic review (although Amiga Power gave it 92%, it would appear). When I’ve looked up the game on the internet there’s not even a great deal of information about it as it appears it was mostly ignored. The reason it stuck with me, though, is the name: Gem-X, which sounded a lot like Games-X. I thought, in my tiny childbrain, it was intentional.

And that’s it. The bunny girl was from that game, and about ten years ago I started using her as my profile picture. For a while I used the image from the box: 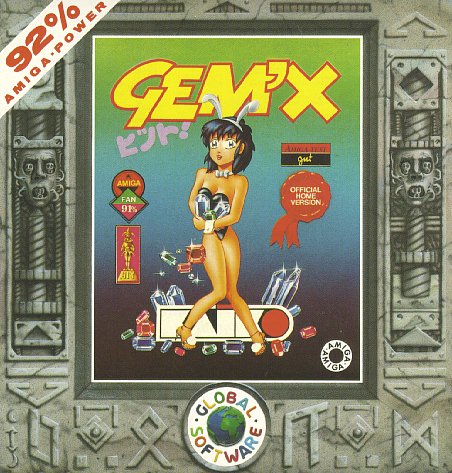 Later, the wonderful artist “Couk” used it, as a reference to me, as part of a larger piece of art, which I used for a time as an avatar: 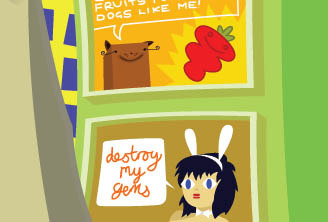 and then later still drew this (if you buy his comics and stuff he does this sort of thing!) which again, I used as an avatar for a while: 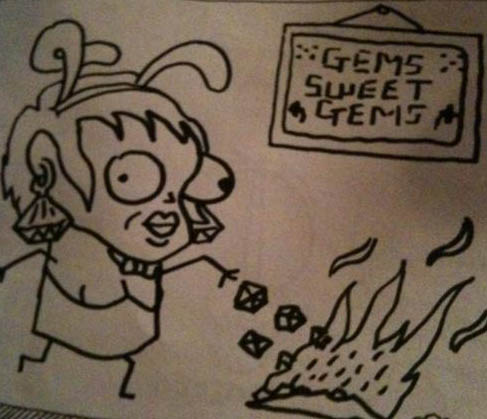 I then moved to the pixel art from the actual game, albeit the C64 version: 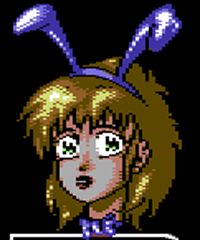 before finally finding, and appropriating, a better alternative in the form of the Amiga version, which I’ve used in various forms ever since: 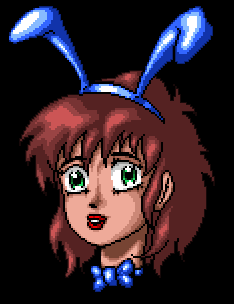 What’s odd is that I now recognise the bunny girl as me, despite looking very little like a bunny girl in real life, over actual photos of me. What’s also odd, is that it was many years before I even played Gem-X. Then I did, and disappointingly was terrible at it. I couldn’t even figure out what to do.