Alan Turing gave up at fourteen hours having studied the rules for over a month. He never even reached Pocket Wrestle. 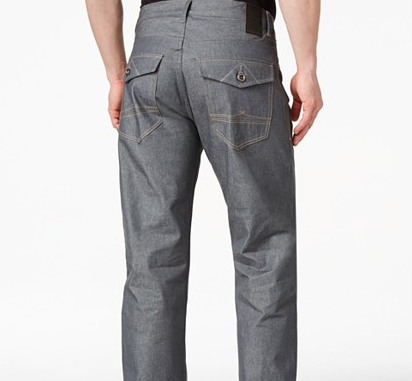 Many companies now associated with other things once dabbled in card and board games. Nintendo used to make playing cards, General Motors invented Ludo, and Argos were originally known for their ivory domino sets.

Another such company was Moss Bros. These days, they’re the go-to place for wedding trousers and cravats, but during World War II their main business was creating pocket board games that wives and mothers sent to their men on the front to keep their morale high and their minds occupied. In the “keep them sharp” way, not the “like Poland” way. They produced many popular games, such as The Cockerel And The Farmer, It’s A Long Way To Tip O’er Mary and My Three Laces, but it was Super Trouser that was their undoing in the pocket gaming sector.

“Super Trouser was a miracle of miniaturisation at the time. All of Moss Bros’ pocket games were designed to be about the size of a packet of cigarettes for easy transport to our boys in the trenches, but the sheer number of parts and game complexity meant for some genius packet stuffing. Three new previously unthinkable origami folds were devised for the game board alone, and there were some two hundred tiny hand carved tokens, each unique and barely larger than a matchstick tip in every set. With no cheap overseas labour to construct them, Moss Bros had to hire London street urchins and train them up with advanced whittling techniques. It was unprecedentedly expensive and intensive work.”

This expense up front would have taken the company under, but it was made even worse by Super Trouser being too fiddly to unpack and repack, and too difficult to understand. The rules were bizarre and complicated, and the instructions needed a magnifying glass to read, as they were printed small to save space.

“It was even worse than that,” continues Goss “since even those learned few who managed to decypher the rulebook were stymied by the strange decision to not include the necessary seven sided die. It was impossible to play without it, and they weren’t exactly easy to come by in Flanders.”

“Some tried to make do with a standard six sided die, but it was ultimately futile. Some squares on the board could never be landed on without rolling a seven, meaning the endgame ‘Pocket Wrestle’ stage was never reached.”

With a die of the correct number of faces, the game was still baffling to most. The basic premise was simple to understand – three to nine players each moved a small canvas trouser counter around the board, collecting the carved token items as they progressed. These tokens were stuffed into the bulging pockets on each pair of trousers. Different tokens, when owned, changed various rules or routes on the board, and players could deploy a number of tactics to improve their own chances of winning, such as drawing a “frayed stitching” card, or making a “pocket shuffle” move where they could steal another player’s gained tokens. Once all the tokens had been collected, the game moved into “Pocket Wrestle”, where the two players with the most tokens could make a grab for the tokens owned by the other players.

“Of course,” says Goss “it was far more involved than any short description can suggest. I have documents from the original designers stating that even they got confused after the first three hours of play. Even Alan Turing gave up at fourteen hours having studied the rules for over a month. He never even reached Pocket Wrestle.”

All was not lost for Moss Bros, though. With funds almost depleted by the end of the war, they sold their pocket games division to Nestle and sought out another market. It didn’t take them long, as the elder Moss brother realised that all those returning soldiers would need new trousers, and the modern Moss Bros as we know it today was (re)born. Super Trouser was forgotten as a failed game, but the game is still remembered as an ironic note in Moss Bros history.