No sooner had the round started, it was noted that the bunsens were set to a blue flame. 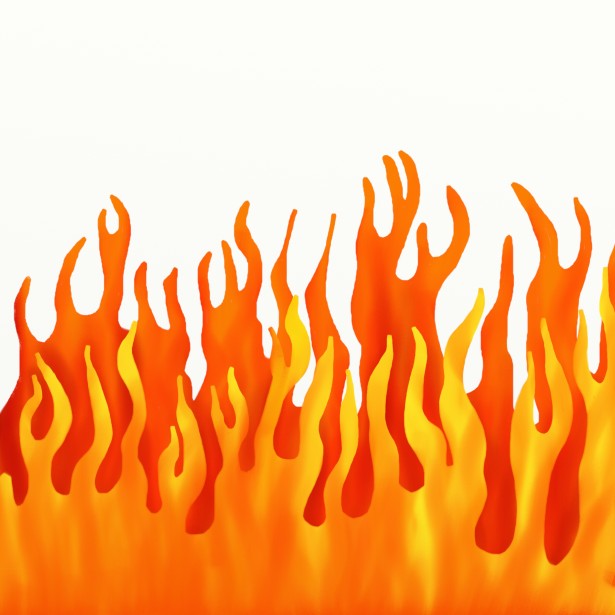 Many, many school games can fall into the category of “crap”, like marbles, football and Hang Mr Frobisher, but few are both crap and stupid in the way Fire Equals Pain is. Or rather, was, as it is banned from every school across the whole of the UK, and has been since a well publicised incident in 1984. Up until then it was a common winter sport in Physical Education lessons, and even had inter-school competitions, with a national Fire Equals Pain league set up in 1956, initially for boys only but girls were allowed to take part after 1966.

It’s unknown who originally came up with the idea for Fire Equals Pain, and informally it was known by many names in different parts of the country. In Cornwall, it was called simply “Burn”, in parts of Wales it was known as “Fireboys” (as in “Choirboys Play Fireboys”), and in Newcastle school children referred to it as “Aye, That’ll Hurt”.

The premise is simple, and stupid, and you’ve probably played it or a variant yourself at some point: hold your hand over a lit candle, match, or lighter for as long as possible. Whoever can do it longest, wins. There’s a doubles version, where both players on one team hold each other’s hands over the flame. Unsurprisingly, a lot of people got burnt.

However, the Fire Equals Pain League Association (FEPLA) put an end to playing the game in any form after an important league match ran into overtime. Usually, when it’s a draw, the players play again, only hold their hands half an inch closer to the flame. A normal Scarborough Rules match starts with hands at four inches, but when tied, another round at three and a half inches is played. If the players are still tied, this is moved to three, then two and a half, then two inches. In this match between Paul Tripping of Dagenham and previous champion Rhys Anpeace from Aberystwyth, the pair were exactly level after all these additional tie break rounds.

The crowd were tiring, the referee wanted an end to the match. He consulted the FEPLA officials and it was decided to swap out the regulation candles for bunsen burners for one final round. It was a tragic decision.

No sooner had the round started, it was noted that the bunsens were set to a blue flame. The match recorder wrote in her witness statement that both Tripping and Anpeace alerted the referee to this mistake, but the referee insisted they play on at a deadly one inch elevation. The crowd gasped, and the whistle blew. Within seconds both Tripping and Anpeace’s hands were alight. Both struggled hard to maintain their stance, and quickly both were completely ablaze. Members of the crowd shouted for them to stop the game, but the referee insisted play continued. A man on the front row, John Johnsonson, grabbed a fire extinguisher but before he could use it the referee wrestled him to the ground, knocking him out. What happened next is unclear, as the flames had spread from the two players to the surrounding area, and everyone except the players and referee fled the scene, just in time to survive a massive explosion that fire investigators later attributed to Paul’s superheated bladder swelling like a hot air balloon, then rupturing.