You don’t really attack the ground as such. 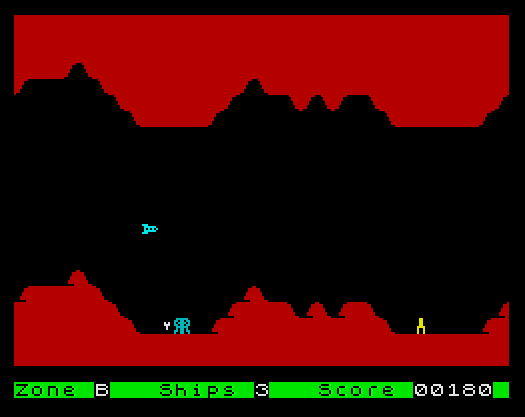 I think I’ve mentioned before, but my Nan used to buy me Marks and Spencer St. Michael branded computer games when I was a child. Once, I got a pack of five or six games, each of which was a clone of some popular arcade title. There was Orbiter, which was Defender, something else which was Space Invaders, I’m pretty sure there was a Pac-Man clone, and there was this – Ground Attack. 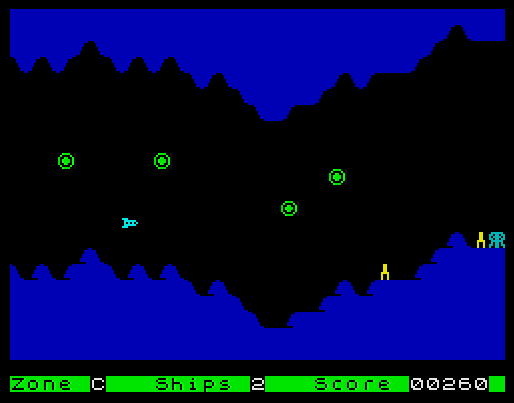 Ground Attack was my favourite of all of them, and as you can see from the screenshot, is clearly a Scramble “homage”. You fly your spaceship into an ever-narrowing cave, shooting rockets which launch up to kill you, fuel tanks (which here only give you score – you’ve no fuel gauge to be concerned about!) and green blob things, while avoiding the floor and roof. It’s actually quite addictive.

I can’t remember the furthest stage I ever got to, but K rings a bell. Round about there the cave is barely one character high, so progress much further is highly unlikely, and death is inevitable.