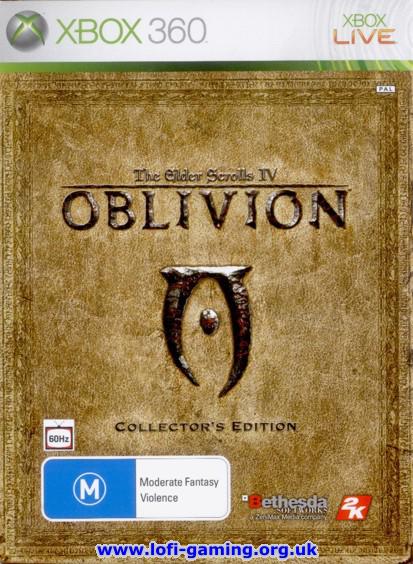 I’ve been keeping a gaming diary for a long time now. More than ten years, in fact. I’m not really sure why I started it up but I’m glad I did because I often refer back to it when I can’t remember the name of a game, or to see if I’ve actually played something before. Or even just to check if I thought it was any good or not.

Every so often I look back and see what sort of stuff I used to play, so here’s what I was up to in June 2006. It’s clear that three games took up most of the month: Oblivion on the Xbox 360, Animal Crossing: Wild World on the Nintendo DS, and Brain Age (also on the Nintendo DS). 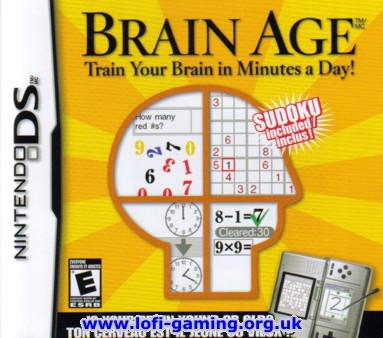 Brain Age was the US import version of what most of you will know as Dr Kawashima’s Brain Training: How Old is Your Brain?, and like most DS owners at the time I was hooked on the daily challenges which tried to improve how your brain worked and gave you an estimate of what age of brain your brain was performing like. If that makes sense.

These challenges took the form of quick-fire sums, having to remember words from a list, counting, or saying what colour a word is, without saying the actual word itself. This final “Stroop test” is probably the most memorable exercise in the game. You’re given a series of colours all written as words (so “blue” or “yellow”), but each word is also coloured and the colour doesn’t necessarily match the word. For example, the word “blue” might be red. The aim is to say (into the microphone) the colour of the word, not the word itself.

The reason it was most memorable is, in part, due to the fallout from people in the UK when the game refused to recognise how many people pronounced the word “blue” (and, to a lesser extent, “black”) without resorting to a ridiculous American accent. I seemed to be in the minority that didn’t have any problems, but then I don’t have a discernible regional accent so perhaps that’s why. I do remember some Scottish people were completely unable to play and Nintendo was branded massively racist as a result. Maybe if they’d held the Scottish referendum back in 2006 it may have had a different outcome. 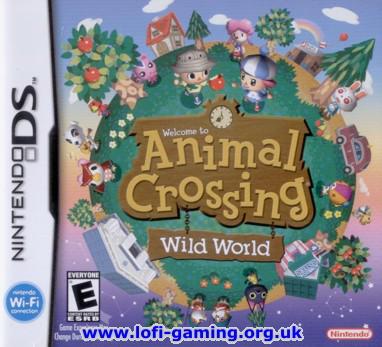 Animal Crossing: Wild World lasted me months, so it’s not surprising I was playing it in June. You could pick any month over a year period and I’d probably be posting about it. It was superficially very similar to the Gamecube game that came before it, but did allow you to visit other people’s towns over the internet instead of needing their saved game locally on a memory card. This made the Turnip Stalk Market tremendously exciting as friends on the internet checked their prices daily and contacted everyone if they had a high price. Everyone would queue up to visit them and sell all their turnips, often needing multiple trips to carry everything, all the while hoping the notoriously flakey Nintendo Wi-Fi Connection didn’t cause the game to crash and you’d lose everything.

Being a handheld title meant it was much easier to get a quick game in each day, and as great as the Gamecube version was, the DS sequel was much better in almost every way bar the downgraded graphics and lower resolution. Of course, it has been completely superseded by the 3DS New Leaf game now, but back then it was fantastic.

Finally, The Elder Scrolls IV: Oblivion. The only earlier game in the series I’d heard of back in 2006 was Morrowind and although it had very positive reviews and appealed to me, the only thing I could play it on was the (original) Xbox. Unfortunately, reports of the loading times on that version showed them to be so long I never bothered with it. When Oblivion came out, it pushed me into buying an Xbox 360 – with a sad irony that when I walked up to the counter in Gamestation clutching a new Xbox 360 and a copy of the game, I was told the game was actually out of stock (it’d only been out a day!). I bought the console anyway and went to get Oblivion from Game. Of course, they’d sold out too. And the other branch of Game. And HMV. And Argos. Everywhere in fact.

I ended up getting a copy of the Australian Special Edition from eBay, and in the three weeks it took to arrive I only had a few demos, Hexic, and Geometry Wars to play. Still, it was worth the wait as it was incredible.

In many ways, I enjoyed it more than Skyrim many years later, even though that game is technically superior in almost every category. I think it was that Oblivion was my first game like that. So much more freedom than the likes of Knights of the Old Republic, which is perhaps the closest experience I’d had beforehand. I loved the world, the characters, the ludicrous number of quests, the crafting, the way you improved your stats (I jumped everywhere, picked all the flowers and mushrooms and stole everything). It lasted me months and months, and even longer when the DLC came out. And yes, it gave us horse armour. Imagine a world without that.

One thought on “What I was playing 10 years ago”