My pokemans. Let me show you them. 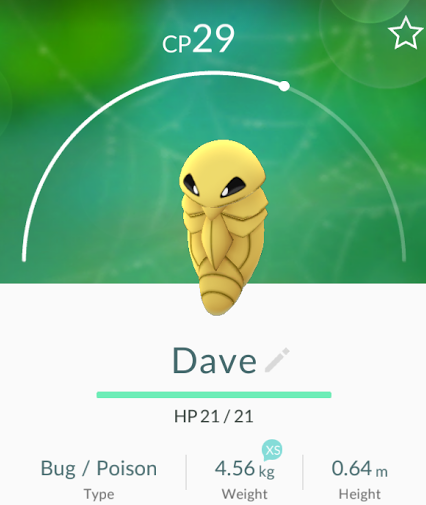 Hello have you heard about this new telephone game called Pokémon Go? It’s got Pokémon in it. Everyone is playing it. Everyone.

I wasn’t going to download it, but then I did and now I’m one of the everyone. I’m sorry. Thing is, I’d normally feel like a freak walking down the road with my phone out pointing it at invisible monsters and air-punching every so often, but everyone else is doing the same thing. I walked past a man with (presumably) his three-or-so year old daughter, with the daughter yelling “DADDY!!! GET THE RATTY ONE!!!!!! CATCH IT DAAAAAAADDDDDDDDY”. 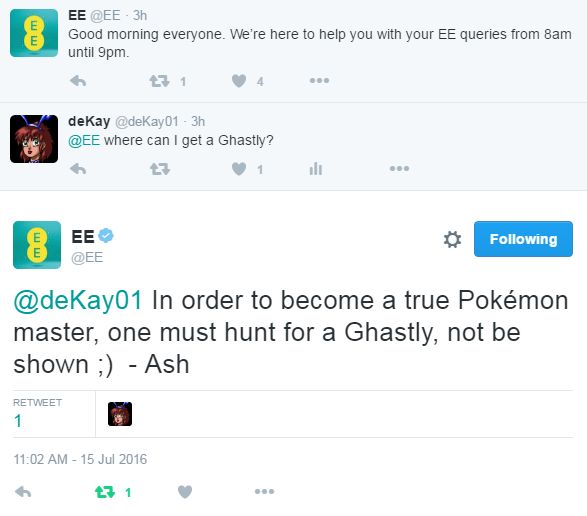 Fair play to EE for playing along.

Am I going to catch ’em all? Probably not. There’s a lot of fuss about it at the moment and of course, it’s huge, but I’m not convinced it has legs. It’s likely they’ll add Pokémon from the later games (it’s only the original 151 for the moment, I think) which will extend things, but surely it’ll be a fad, if perhaps a longer one than most.

Oh yes, and you want to see my pokemans? Here are a few: 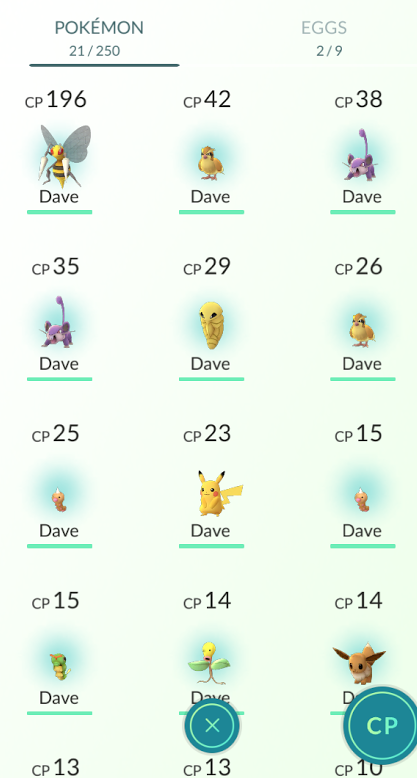 Yes, they are all called Dave.