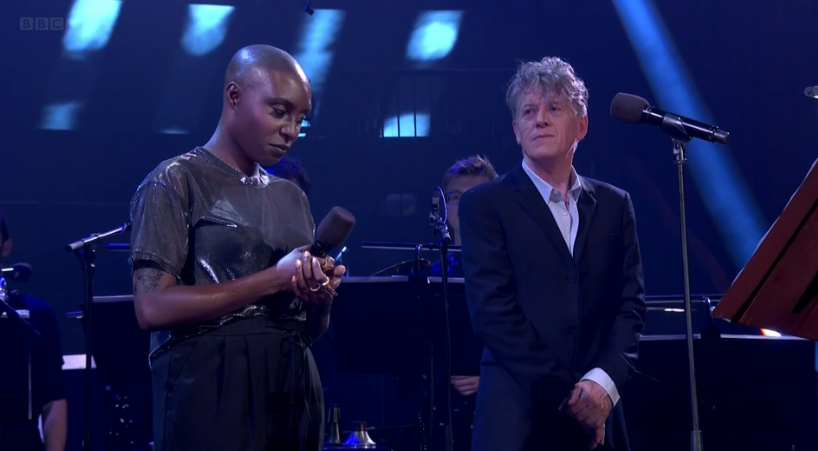 Just a short missive about the BBC’s special David Bowie Prom night because I don’t want to dwell on it too much, but in Comic Book Guy fashion I felt I needed to register my disgust on that place where much disgust is registered: The Internet.

That’s a little too harsh as I was not disgusted by the prom at all. No, like you’d chide a naughty child, I was simply disappointed.

I’ve written about Bowie before, so you’ll know I was a massive fan. He was a artist who went through many changes (no pun intended) in his musical influences and style, and there are fans like me who took in this broad body of work, and others who are more limited to certain albums or eras. That’s fine, but it does mean that any collected works is likely to contain tracks that these second type of fan won’t appreciate. Even I wondered about the inclusion of Lady Grinning Soul and After All in this concert, but I’m not going to complain.

No, my complaint is more about how tracks were arranged and performed, and more specifically who was chosen to perform them. I’m not adverse to reworkings, covers or sampling work at all, and often enjoy differently interpreted works, but some of the performances here were truly baffling.

To keep it brief, the two worst points were John Cale, and (surprisingly) Marc Almond. I’m no fan of Almond, but I don’t dislike his previous work and quite enjoyed his performance with Jools Holland that I attended a few years back. He can certainly sing, but his Bowie performance was flat, monotone and without emotion or talent. John Cale commandeered by ego much of the latter part of the concert and hacked and slashed his way through Space Oddity in such a way it made me wish they’d brought Commander Hadfield on instead.

Paul Buchanan and Anna Calvi tried their best to ruin the show further, but thankfully excellent performances by Amanda Palmer and Neil Hannon dragged the event out of the gutter, and Laura Mvula’s take on Girl Loves Me was genuinely outstanding.

The David Bowie Prom was such a waste of an opportunity, a curious collection of performers, and a terribly disappointing concert as a result.