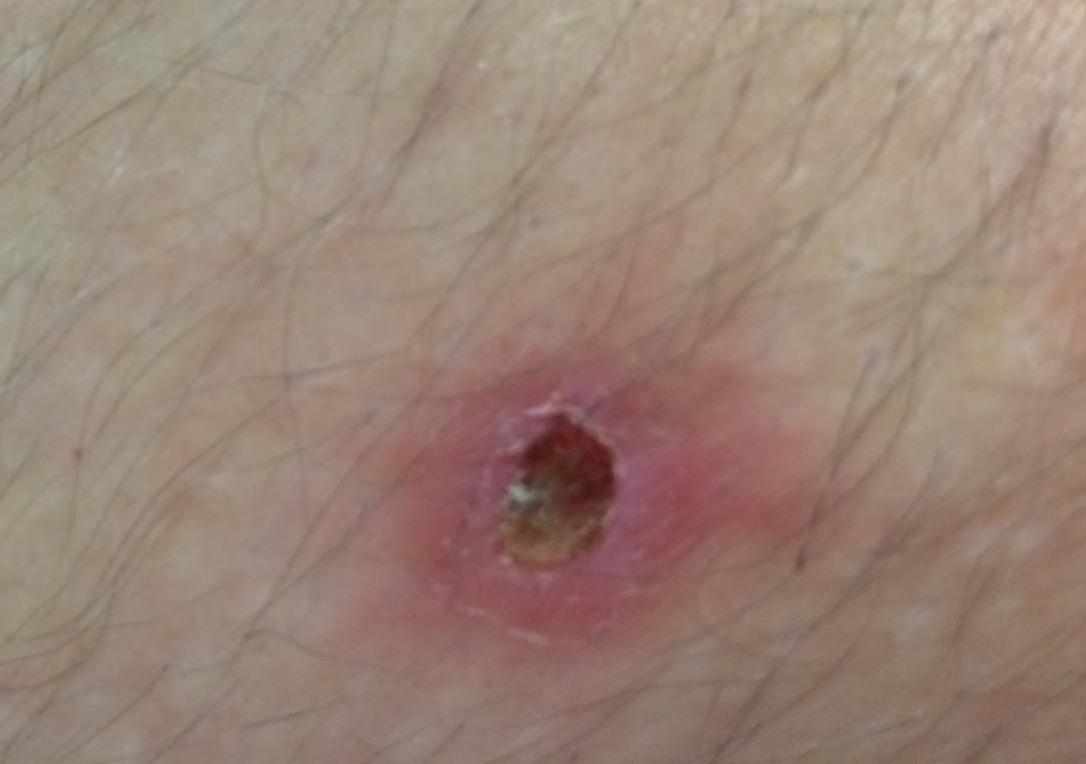 The other weekend we went for a walk in the woods and somehow wandered off the main path and ended up lost. Not actually lost, because I don’t do lost, more I couldn’t figure out how to get where we needed to go rather than where we were.

Complicating things were hundreds of close-knit trees with low spiky branches blocking the path. I say path but clearly we were well past being able to formally identify a route as such a thing by then. Luckily, most of the evil twigs of death were rotten so were easily snapped so long as one was careful.

If one was not careful, then the following happened:

Firstly, I was bitten by the tree. Just a small prick in my forearm near my elbow, which stung a little at the time but after a few minutes became just a simple itch. Once we’d found our way out of the trees, I’d forgotten about it.

Until later that day when it started to swell and itch again. There was no discernible mark, just a lump under the skin. I couldn’t even see where it had punctured the flesh, and started to wonder if maybe it had just been a nettle sting instead.

The following day, a patch of skin about the size of a penny coin had gone red. The swelling was worse, it itched like crazy, and by the afternoon small even redder spots had appeared at Ground Zero.

The day after that, it started to ooze sap. Literally that – amber goo slowly trickling from the lump, even though the skin still hadn’t broken. Somehow I was bleeding tree-blood through osmosis, and it was setting firm, if a little sticky. The tree was clearly vampiric, and I was slowly becoming a vampire tree myself.

A little over a week later, and the lump has gone, the skin has been replaced by a covering of amber, and I’m currently awaiting my first leaf buds to appear.