C is for Chimichanga 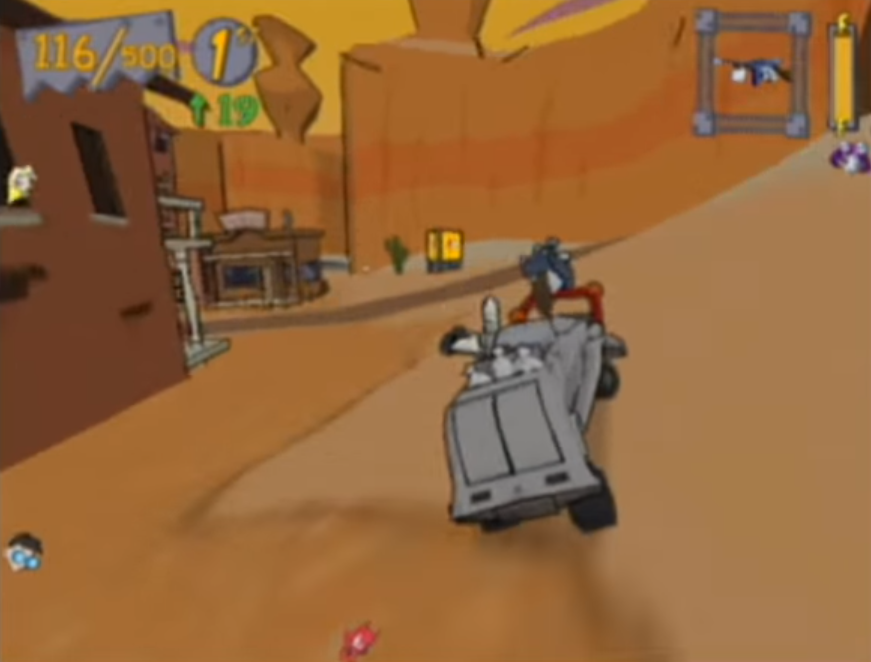 Oh dear, C. You are not exactly a shining star in the galaxy of GameCube games, are you? So many games, so much crap.

Remember all those excellent game hunting games that came out in the early 2000s? Almost all branded Cabela? They were great, weren’t they? I lie. They were terrible. Three of them sullied the GameCube, but thankfully not outside the gun-hungry United States.

No, instead we got the more family friendly, but just as dire Cocoto trilogy of trash: Cocoto Funfair, Cocoto Cart Racer and, winning the prize for More Generic and Least Exciting Title Ever, Cocoto Platform Jumper. Wow. Just… wow. The US didn’t get any of these, the lucky sods.

Onto better things, with the excellent Crash Bandicoot. Of course I’m kidding, because Crash Bandicoot was never good ever, and how his games sold at all I’m at a loss to explain. Three titles appeared on the GameCube, two of which were (sigh) cart racing games, and one (The Wrath of Cortex) was an awful 3D platformer. Platyawner. More like Crap Bandicoot, right?

None of these will be making the final list for C, and neither will the Conflict: Desert Storm and Call of Duty games because boring shootmans. I don’t car if you like them, it’s my list. Also binned are the licenced crap titles, such as Cars, Codename: Kids Next Door, Chicken Little and Curious George. 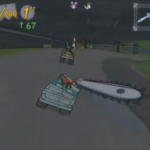 Cel Damage is a cel-shaded, weaponised racing game in a similar mould to Mario Kart. Although perhaps it’s actually closer to Carmageddon or Twisted Metal in execution than Mario Kart, as the focus is on the weapons and not all of the game modes actually involve racing. Incredibly unusual at the time, the clever graphics engine produced a unique and impressive look – it’s almost Wacky Races the video game. 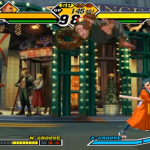 Capcom vs. SNK 2 EO: Millionaire Fighting 2001 is, as you may have guessed, a fighting game featuring characters from various Capcom and SNK fighting games. Despite the two contrasting types of fighting game, CvS2 comes closer to Capcom titles, no doubt because Capcom developed it. It is a fantastic fighter, but sadly the GameCube pad isn’t really suited for the required button layout, and as some character sprites are recycled from other games a few of them don’t quite fit in here. Very few of the fighters are millionaires too. 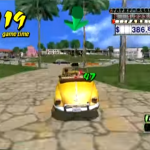 Crazy Taxi, a port of the arcade and Dreamcast original game, is just as good on the GameCube as it ever was. Perhaps better than the Dreamcast version, due to faster loading times. Other than that, it’s almost the same game. It can’t be knocked for that is it’s great, but for those of us who already had it on the Dreamcast, and had a Dreamcast still connected up, it was a pointless purchase.

C is not a great showcase for GameCube games, it has to be said. The three I’ve shortlisted are very good, but none are outstanding – and two of them were on other consoles first anyway. With that in mind, I’ve decided the best of the three can only be Cel Damage.

Underrated by many at the time, but it’s undeniably more fun than it has any right to be in multiplayer mode. I’m not one for promoting a game based on the graphics, usually, but Cel Damage really was quite special at the time. You have to wonder if Wind Waker would have taken the turn to cartoon graphics if Cel Damage hadn’t been one of the first to use the style.