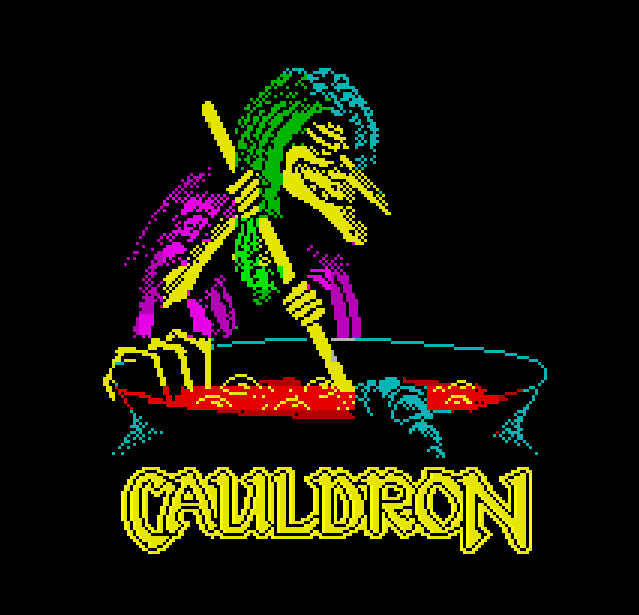 It’s almost Halloween, everyone! And you know what that means? Yes! Time to put the Christmas decorations up! At least, that’s what you’d think. I saw some up in a house the other day. Shudder.

No, Halloween is about ghosts and pumpkins and witches and stuff, so it’s only right that on this most hallowed of eens we play something befitting the ancient festival of making children go out in the dark to ask strangers for sweets. So here is Cauldron for the Spectrum. 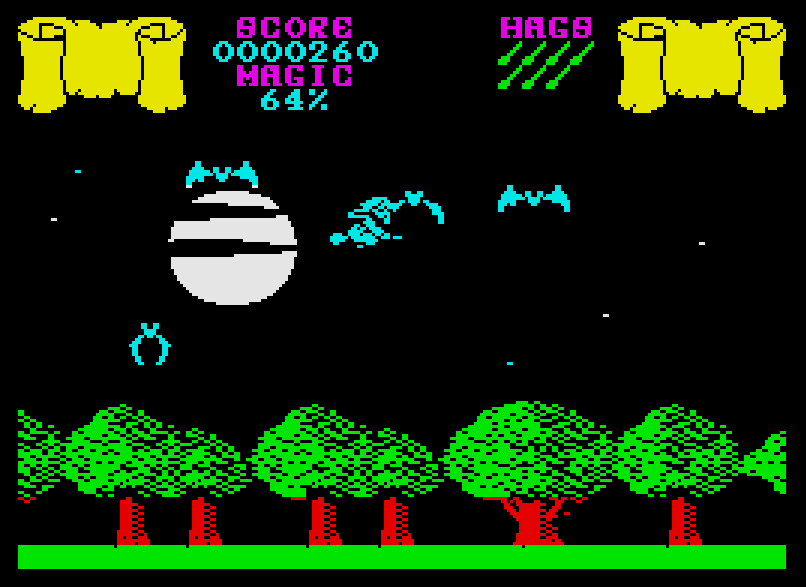 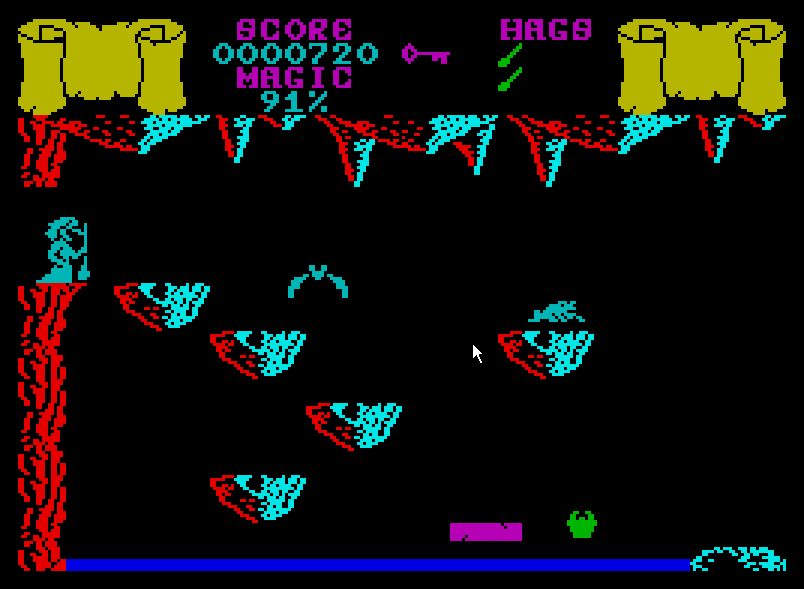 Half side scrolling shooter, half platformer, with very slight Dizzy overtones, Cauldron places you in control of a witch on a mission. A mission given in the cassette inlay in the form of a crap poem:

Harken witches everywhere, take the
challenge – if you dare,
Tomorrow night, ’Tis Halloween, when only one shall be Witch Queen,
Six ingredients thou must take, and in the cauldron boil and bake,
Juice of toad, eye of newt, wing of bat
and hemlock root,
Mouldy piece of splintered bone, found from deep in musty tomb,
Molten lava, cooled awhile, taken from
the smoking isle.
Then the spell shall be at hand, to rid the pumpkin from the land.

“Tomb” and “bone” don’t rhyme, morans. Anyway, if you can’t tell from that horror of verse, the aim is to collect various stereotypical witch spell ingredients. You can fly on your broomstick (but only take off or land in clearings) and shoot magic fireworks or something as you do. Oh, and collect keys to open matching coloured doors.

Now go and play it before I write “cauldron” as “cauldren” for the fiftieth time.