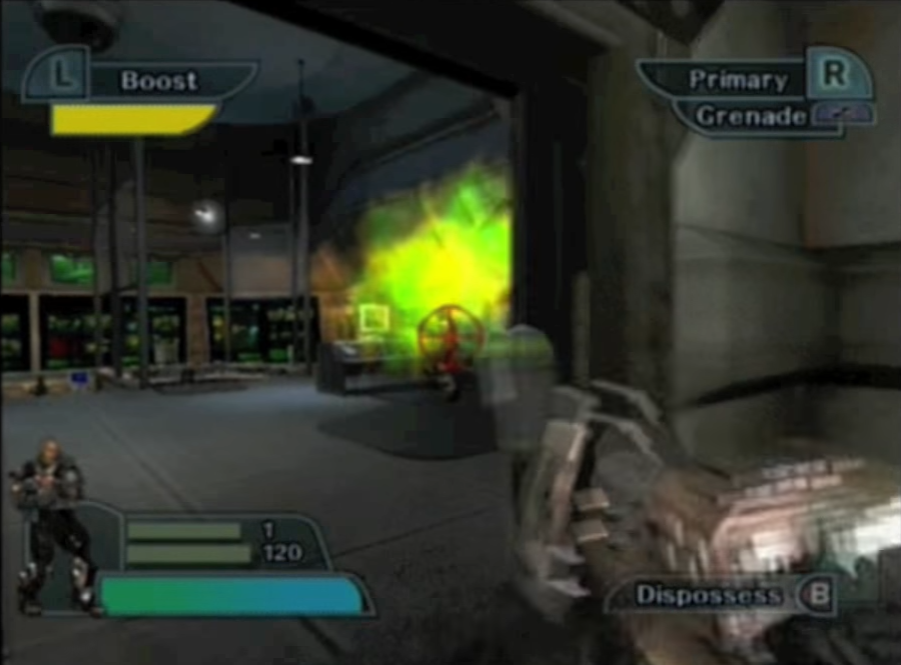 And you all thought (hoped) I’d forgotten about this series, hadn’t you? Well, no. To prove it, here’s the next one!

What a difference a couple of generations makes. For the Mega Drive, there were a fair few decent games starting with G, but for the GameCube? Very few. Actually, none.

Which makes things a bit difficult here, but I’ll give it a go. The worst offenders include licenced tripe The Grim Adventures of Billy & Mandy and Gotcha Force. Sort of licenced, but not quite, is Go! Go! Hypergrind which uses characters created by Spümcø (you know, John K? Ren and Stimpy?) in a dire skateboard/accident game.

Definitely not trying to cash in on the popularity of the Gladiator film, Gladius is a strategy role-playing game where you have control of a load of gladiators at gladiator school. Imagine Fire Emblem only with gladiators and awful graphics.

Grooverider: Slot Car Thunder never came out in the UK so I know every little about it. I do know it has nothing to do with Grooverider, the DJ, and therefore is rubbish. GoldenEye: Rogue Agent similarly has nothing to do with GoldenEye (although it certainly thinks it has), and isn’t even as good as other GameCube Bond games Nightfire or Agent Under Fire, let alone the Big Dog.

Finally, in the list of “games that won’t make it” is Godzilla: Destroy All Monsters Melee, which carries on the long-standing tradition of being a crap Godzilla game.

With them all dissected for scientific research, we’re left with these specimens: 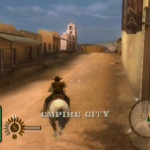 Gun is a Western themed GTA style action game, not unlike – in premise and execution, at least – the well respected Red Dead series. It’s also one of the few games Neversoft did that wasn’t Tony Hawk related, before they were subsumed as part of the Guitar Hero and later Call of Dooty chaps. Gun is decent enough, but Red Dead Revolver already existed (albeit not on the GameCube) so it’s a bit surplus to requirements. 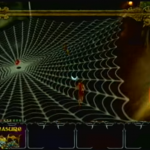 Gauntlet: Dark Legacy vaguely follows on from the classic original game, but changes the gameplay to be more loot-based and Diablo-like. It didn’t garner great reviews, but in multiplayer mode most of it’s flaws can be easily overlooked and it’s really rather good fun. Single player, though, is slow and tedious. 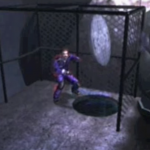 Geist, made by n-Space who are perhaps better known for 3DS ports of Activision games, developed this “possess-’em-up” reminiscent of The Haunting and Messiah. You, as a spirit, can take control of things and scare the bejezus out people. Or you can just shoot them, as it’s a hybrid of the two game styles. It’s good, but I found it very difficult.

G isn’t exactly the strongest letter for GameCube games, it has to be said. Although the three I’ve picked out as the best titles aren’t poor, they’re still pretty mid-tier and wouldn’t end up in anyone’s best GameCube game lists. Of course, that’s not the point of Alphabest, so I can only work with what I have.

The winner, therefore, is Geist. It’s a close run thing, but the slowness of Gauntlet and the not-quite-Red-Deadness of Gun mean Geist gets the point. It deserves it anyway, for being unique (very few games have its mechanics), being exclusive to the system, and probably the best put-together of the three. Maybe that’s down to Nintendo being so involved in the development? Anyway.

Next time, hopefully without such a wait, H! From Steps!