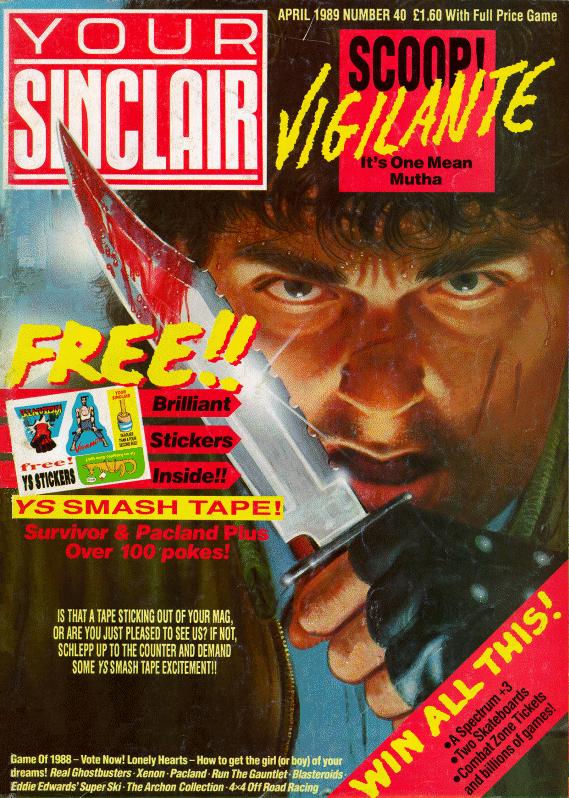 The answer to this is obvious, but before that, let us explore some other great magazines, shall we? 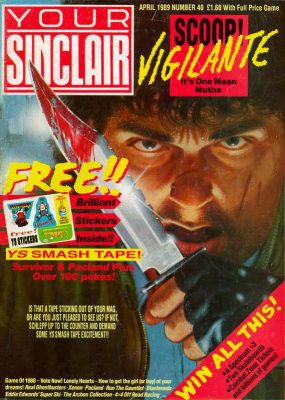 The first games magazine that I ever started buying and reading regularly, was the incredible Your Sinclair. I had a Spectrum, so it made sense. I’d picked up a handful of old-ish issues, and decided I wanted to get it every month. The first one I got this way was the one with Vigilante on the front cover (issue 40), and I continued to buy it until around issue 72, by which time the actual game coverage in the magazine had dropped to almost zero. Somehow, despite there being almost nothing Spectrum related, it carried on for nearly two more years!

I loved the writing style and humour, the in-jokes and references, and there’s never been another magazine quite like it. Zero, Amiga Power and Sega Power tried to carry the style forward but they never really worked as well.

Before I got my Mega Drive, and while I was still buying Your Sinclair, a weekly multiformat magazine called Games-X came out. Its coverage of the Speccy was slim at best, but it was funny and I enjoyed seeing the games on other systems. I recall Rolling Ronnie was a reason for wanting an Amiga, but it was the reviews of Mega Drive games that made me want one of them. Games-X didn’t even last a year, but by then I had my new Sega console and so I started buying… 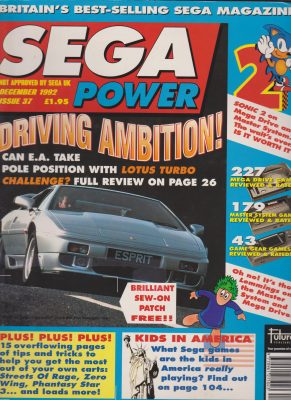 Sega Power! Similar in many ways to Your Sinclair (and often featuring some of the same staff), I used to love it. The mini-reviews of piles of games in the back of every issue was often pored over, and dictated many of the games I bought over the years. In fact, one of these glowing recommendations was why I ended up with Phantasy Star III – still my favourite RPG and pleasingly, the reason I got a Sega Power T-Shirt: I wrote in with a solution to something in the game, and they printed it!

Unfortunately, changes in staff later in the Mega Drive’s life meant the magazine went to pot. The review of Street Racer was enough for me to cancel my subscription and I never bought it again. Not long afterwards it became Sega Saturn Power or something anyway.

Around this time I also bought many issues of Mean Machines Sega, Megatech (which was just about the best magazine – artwise – at the time) and Official Sega Magazine. They, along with CVG and Nintendo Magazine System, all shared a similar style, probably due to staff cross polination, which I warmed to. They were a bit more grown up than Sega Power (which had become crass and childish), and for a couple of years Official Sega Magazine was my only regular purchase. I was even featured in a couple of issues – Phantasy Star III hints again, and cribbed from EGM passwords for Universal Soldier, I think.

Then I was off to university and so magazine money was tight. I’d moved on to buying the odd music magazine instead anyway, and since I was still using my Amiga and Mega Drive while magazines for both formats were dead or dying, games magazines were a bit of a waste of time.

That was it for a long time. I remember picking up some copies of NGC, CVG and others, but in the early 2000s I had a PC and had moved onto non-gaming stuff like .net and PC Plus.

For the last few years of it’s existence, I really enjoyed my subscription to Official Nintendo Magazine. Unfortunately, it died because like most games magazines it just didn’t sell in big enough numbers, and I’d imagine since Nintendo is generally seen as for kids, the kids were buying Pokémon magazines instead. 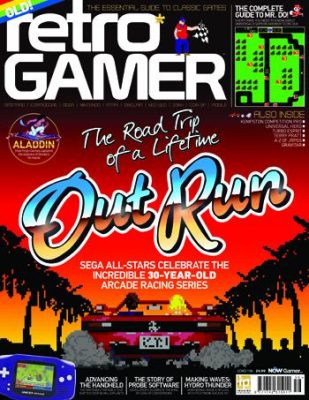 Which leaves my current (only) magazine – Retro Gamer. I enjoy the varied topics, the reminders of forgotten gems from my gaming past, and the stories behind companies and titles from way back when.

Over the years I’ve also picked up (mainly second hand) and enjoyed Amiga Format, Amiga Power and Sinclair User, but the magazines that really stick with me are Your Sinclair, Sega Power and Retro Gamer. So which of the three is the best video game magazine?