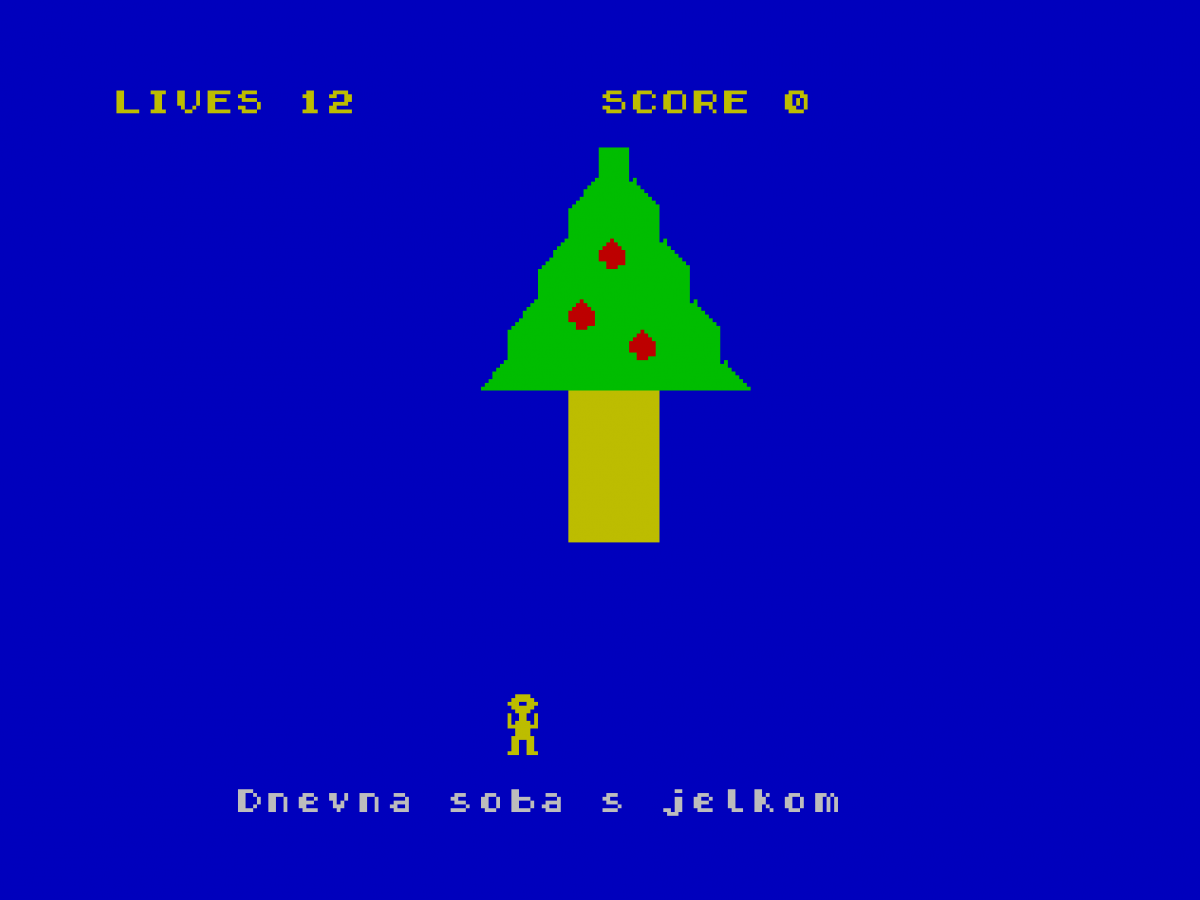 I think there’s a pretty high chance than you’ve never played this game before. In fact, I’m quite certain the vast majority of people have never even heard of it.

New Year 1985 is a (reads notes) Bosnian Spectrum game. As a result, the words used in it are completely alien to me and also, I would expect, to a sizeable number of people reading this. But, the title of the game includes the phrase “New Year”, and today is very nearly New Year’s Eve, so it sort of works.

The aim, so much as I can gather, is to guide your… man?… left and right to collect apples and bottles. As we all know, this is normal practice for Bosnians over New Year, and so New Year 1985 replicates the tradition well. Probably.

Controls: You can define your own. “Definiši tipke” apparently means “Define keys”, with “Lijevo” meaning “Left” and “Desno” is “Right”. Oh, and “za start” is “you may proceed to play the game”.