Nothing ever happens. Nothing happens at all. 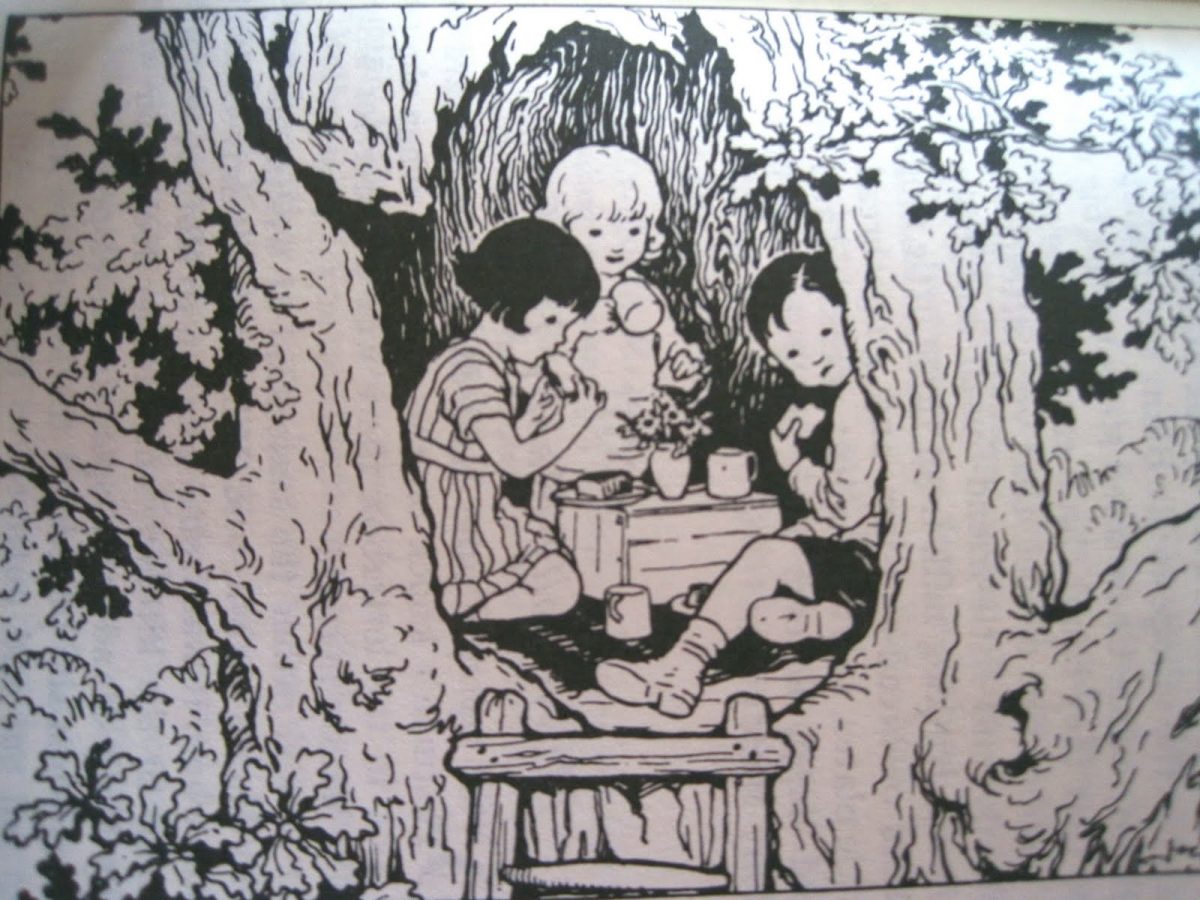 The thing about Milly-Molly-Mandy stories is that nothing actually happens.

Imagine Enid Blyton only without any peril, no fairies and magic folk, and nothing exciting ever happens. That’s the stories about Milly-Molly-Mandy. Written in the 1920s to 1940s by Joyce Lankester Brisley, a woman to whom the very peak of excitement was discovering the world doesn’t vanish when the curtains are closed, The Milly-Molly-Mandy Stories and subsequent followups are a trial in staying awake for even the most caffeinated parent.

Her name, which is actually Millicent Margaret Amanda, is perhaps the most interesting thing of any of the “adventures” she finds herself in. Adventures like the time her Great Aunt came to stay (and that was literally all that happened). Or the time – oh no! – the village had a party and Milly-Molly-Mandy went. No, it want exciting at all. Or how about when she and Little-Friend-Susan (that’s her name, apparently) went blackberry picking but the field was out of bounds. So they found some somewhere else. Good grief.

She calls her parents “Farver” and “Muvver”. Every story contains the phrase “Father and Mother and Grandpa and Grandma and Uncle and Aunty” at least once. The girl called Jilly, is aparently only to be referenced as “Miss Muggin’s niece Jilly”, as her parents are whoknowswhere. There is a child called “Bunchy” like that’s a thing. Billy Blunt can run. Who knew?

In one story, 3M’s teacher comes to stay with Father and Mother and Grandpa and Grandma and Uncle and Aunty in the nice white cottage with the thatched roof (also referenced as such in every tale), and it’s a bit creepy with her wanting kisses goodnight from 3M.

How did this series ever become popular? And why did I read the whole lot to my daughter over a period of nearly two months?