Time to pack the Vita away again.

A two week catchup this time. Partly because I did the first week in the All New ugvm Podcast! Go and listen to that. 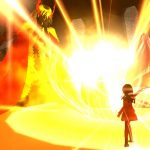 Persona 4 Golden (Vita)
I have completed it. Last time, I said I was so close to the end: I wasn’t. Well, I was, but that wasn’t the real actual proper One True Ending. So I had to go back and do that instead. Wow. An excellent game, all 100 hours of it. 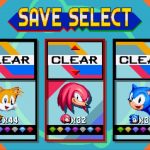 Sonic Mania (Switch)
Which I also completed. I’ve completed it six times now: twice with Sonic (but not all the emeralds), and then once with Sonic, Knuckles, Tails, and Sonic and Tails with all the emeralds. I’ve also managed to get gold for all the Blue Spheres levels. Next up – Knuckles & Knuckles mode! Only problem with that is you can’t save.

Hitman (PS4)
Yes, the new one. Well, newest one anyway. It’s brilliant. I’m a terrible assassin, as I keep accidentally killing innocents, or forgetting I’m not supposed to be seen by people, or bodging the kills, but I’m really enjoying it. I’ve “done” the tutorial, Paris and Sapienza, and one of the two targets in Marrakesh. 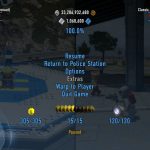 Lego City Undercover (Switch)
100%! We were stuck on 99.9% for a while, and I was convinced it was a bug, until I realised that flying vehicles aren’t included in the unlocked vehicle counter but are included in the game completion percentage. We’d not bought a helicopter, so there was the missing 0.1%. Phew.

Project Octopath Traveller Demo (Switch)
I love the art style. I’m not far enough in to make comment on the game itself, but the art is lovely. I’ve started the story of the “dancer”, who appears to be more, uh, hands on than a dancer might be, if you catch my drift. It started getting a bit “adult” and my daughter was watching so I thought it best to stop there. I’ll play it more when she’s not about though!

My Vita, I suppose, since I’ve no use for it now.

Nothing! Which is just as well because all them Switch games are out this week and next.