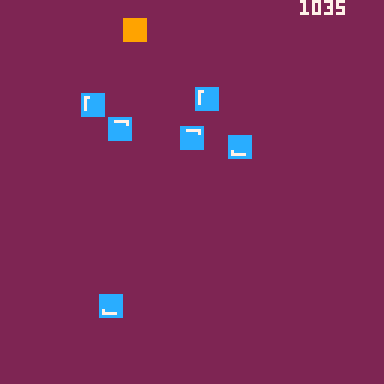 Sprites are all well and good, but if they animate they look so much better. Let’s head towards the end of this project by polishing it a bit. 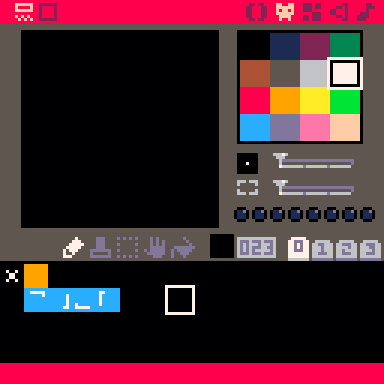 It’s nothing fancy, but you can change that if you like.

Currently, the function starts with this:

We’ll add “eframemax” to this:

in the function itself. You’ll see why we had en.frame = 0 in there now!

Next, we need to add some code to change which sprite to use, changing it every so many ticks so it animates like a flickbook. We already have variables for ticks and ticksmax to help with this.

In English, what we need to achieve is this:

Note that the spr() code has to change to add the frame number to the sprite number!

One last thing to make this work: You know those two calls to make_enemy()? One in _init() and one in _update()? Well, they both want to create enemies with sprite number 2. It’s 17 now, so we have to change that. Also, we have to include the new framemax parameter.

For the former, change it to:

Save it, run it, and watch!

You can play with the “animation speed” using a different final value for ticksmax (the final parameter in the make_enemy() call) instead of 4. Or add more frames, and increase framemax appropriately.

Next time, we’ll look at animating the player too, but until then, here’s all the code so far: