See the picture is clever because it’s a monkey on a polo shirt. 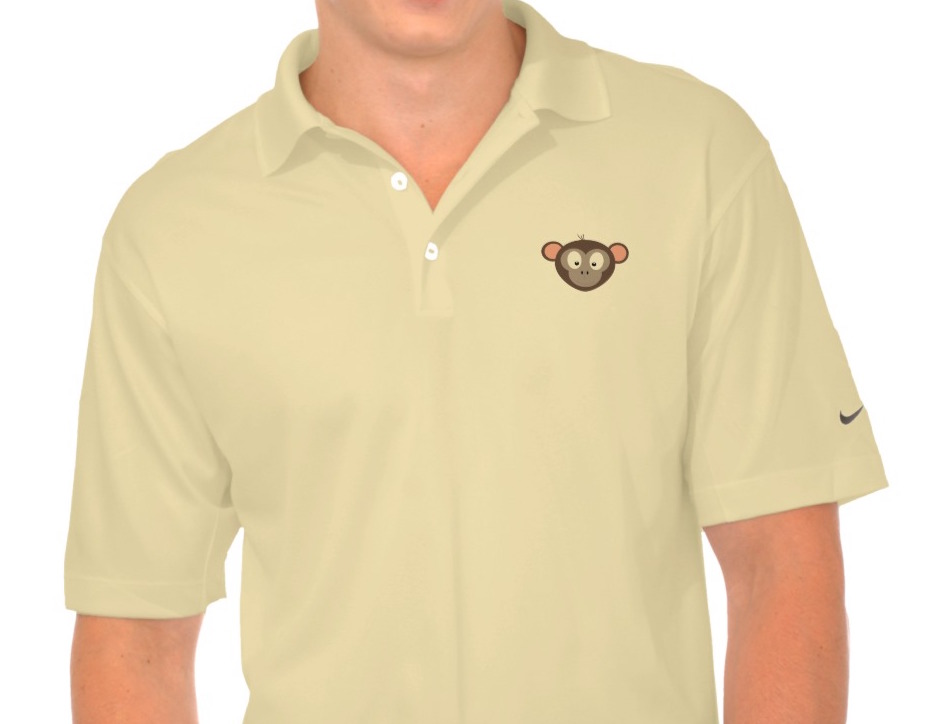 In 1779 Lord Mongoose of Essex devised a simian-based ball game for two teams of eight players. Each team captain was assigned a monkey, and all other players a polo mallet. Play was on a circular field except during the winter playing season, when play was in the drawing room.

The aim of the game was to thwack the monkey off the shoulders of the team captain (ideally without also thwacking the captain’s head off at the same time), which scores the team a point. If a player managed to thwack a monkey outside of the circle (or, in winter, out the window or up a chimney), then the team was allocated a Bonus Banana allowing them to double up on monkeys for the next quarter of the game.

Play continued until either all five quarters of the game had been played, or the players had exhausted all the monkeys.

We were lucky enough to catch up with Lord Mongoose for a quick chat about the game he invented:

Lord Mongoose, sir, thank you for taking the time to talk to us about Monkey Polo.

Your Greys. You must refer to me as “Your Greys”.

Sorry, Your Grace. My ap…

GREYS. Not Grace. Did your parents teach you nothing, you beastly child?

Ah yes. My greatest invention that was. Monkey Polo. Did you know Queen Victoria played it at her coronation party? Of course, the monkeys were gold plated and each player was one of her personal knights. But it was still Monkey Polo.

I did not know that, no. So how did the game co…

Not like that Butter Monkey Polo “game”. From the 1960s? What rot that was. They stole my game, replaced the monkeys with knobs of salted butter, and made the circular field a pentagon! A pentagon! I sued the TV network that came up with that nonsense, I can tell you.

Interesting. I think. Perhaps you could tell me a little about how you came up wit…

I invented Exploding Chess too, you know. I admit, I took my inspiration from the normal chess game, but it was my additions to the ruleset that shows my true genius.

Of course you must have heard of it. Was an absolute riot in the opium establishments in the 1800s. The full details are far too complicated for someone such as yourself to grasp, you’d need to play a thousand games to simply understand the rules, but the main distinguishing feature over its more rudimentary fore-father is the introduction of pawns whittled from blocks of TNT.

What do you mean? Opium is perfectly safe.

What TNT? The monkeys ate bananas, not TNT. What are you talking about, boy?

I meant the TNT in Exploding Chess.

Where did you hear about Exploding Chess? Are you a Nazi spy?

Nazi! You’re a Nazi! I knew it! Get off my lawn or I’ll fetch my blunderbuss.

So there you have it. Monkey Polo. What a load of crap.