I remember chemistry. A bit. Maybe. 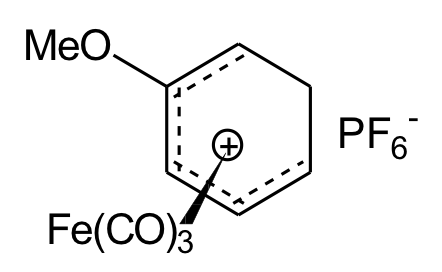 Recently, I went through a pile of old floppy disks (remember them?) to see if there was anything of interest on them and if so, back it up before floppy disk bitrot set in. Sadly, I found that a few disks were already too far gone (or possibly are Amiga disks, so I’ll revisit them next time I have my A1200 up and running), but some have survived.

One of them contained the mid-year interim report for my third year university project from some 16 years ago. Unfortunately, much of my advanced chemical knowledge has been lost over the years, perhaps through some human bitrot, so I don’t even understand some of what I’d written then. Some excerpts:

There are several things that I wish to achieve in this project.  The first is that I want to research what has already been done in the field of silica supported organometallics.  This has already been done to a large extent, and it turns out that there has been little written specifically on this topic.  Luckily, silica supports in general are well documented, as the examples in the review section show.

I plan to use this knowledge to attempt to graft organometallic compounds onto a silica surface, using similar conditions to those stated in the literature for non-organometallics.  These methods need to be (and have been) researched.

This much, I can recall. I was supposed to be finding ways of attaching various compounds to silica by first attaching something else to the silica or the compound to act as a sort of glue.

The main organometallic that I wish to attach to silica is:
Tricarbonyl [(1,2,3,4,5-h)-2-methoxycyclohexadienyl] iron (+1) hexafluorophosphate (-1) 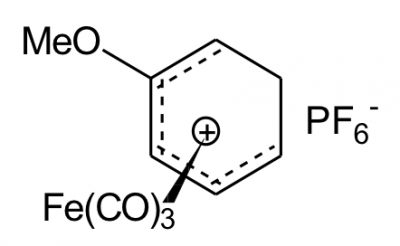 For simplicity, this shall usually be referred to as ‘the iron salt’.

That’s looking more familiar. The document goes on to explain how I’m going to attached this iron salt to the silica, and what I’d already done up to this point. Later on, it shows the exciting looking diagram below, which I remember proudly creating using a PD piece of chemistry software on my Amiga and transferring it to the Word document on my Windows 3.1 PC. Exciting days. 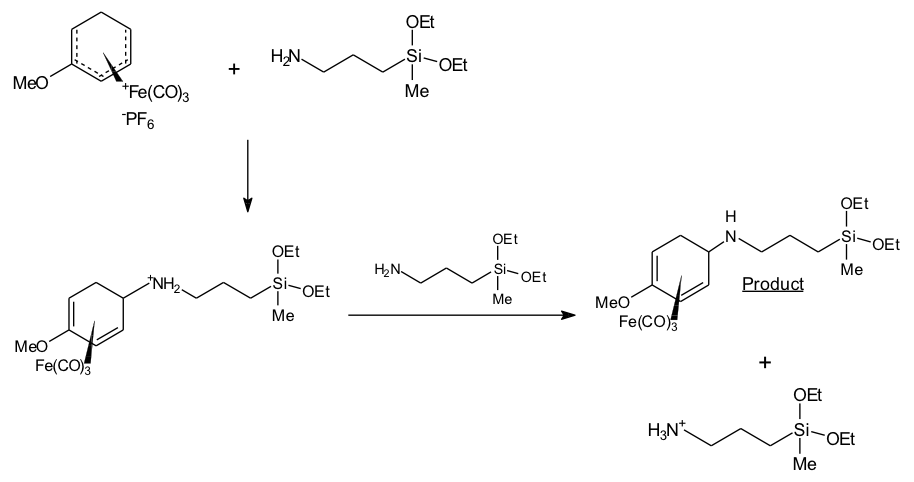 Wow. That was basically just adding the “glue” (the silane group there with the Si in the middle) to the iron salt. I recall taking it down to some very large machines (infrared spectrometers) that could print out graphs showing I’d actually done what the diagram said. Of course, you had to interpret the graphs and so on, but it was very exciting.

Then I did the thing needed to stick my iron salt with its silane “sticky tail” to some silica. Woo!

Again, large clever machines were involved proving this actually happened. I remember being very pleased with myself. A few more experiments appear in the report, attaching different things and using different glue, but the excitement at the time was planning the experiment, using theory and research to suggest it should work, then being the first person ever to actually go ahead and try to do this thing – and it working first time pretty much exactly as expected.

And what was the purpose of all this? As with most chemistry undergrad research projects, it was all part of a larger plan. My supervisor was working on projects that would use what we had attached to the silica as a sort of indicating device, a detector, or other similar things for use in bioanalysis. A few years later, he published my work as part of a larger paper: http://joam.inoe.ro/arhiva/pdf5_3/Anson.pdf

In fact, some of the work was referenced in another project – eInk. The way it works is supposedly partly due to how functional groups of “ink” are attached to the “paper”, analogous to my work. So in a way, I indirectly assisted in the creation of the Kindle. You’re welcome.

Found this today, floundering on my old Google Video account, so transferred it to YouTube. And so, I present to you, a man making clogs!

I made the video in 2004 when visiting Zaanse Schans, Netherlands.

Inspired by the FANTASTIC piggy I drew earlier, I decided to have a look for the previous “pixel art” I’d done about 12 years ago on the Amiga. I shouldn’t have bothered – they were far worse to look at than I remembered.

There was a system on the Amiga for higher quality (than standard) icons for programs, games, files and folders called NewIcons. I’d installed it on my Amiga, but couldn’t find icons for a few things. So I created my own.

NewIcons had two states too – clicked and not-clicked, so each icon needed two images.

Anyway, here they are! 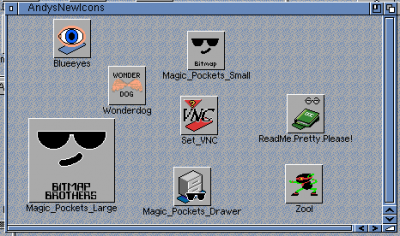 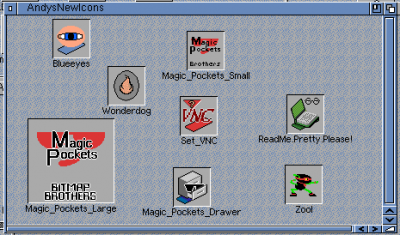 It’s been a while since I “reprinted” any of ugvm. In Issue 07, the last under my editorship, we looked at multiplayer game etiquette, the CD32, the NeoGeo Pocket Colour, and about ten million game reviews. Including Knights of the Old Republic, a pre-cursor to Mass Effect – a game I’m currently enjoying very much.

(Two Wii posts in one day! It’s like Wii Friday or something!)

It was the day I bought my Wii.¬¨‚Ä† I’d lined up outside Game at half 6 in the morning, and finally – at just after 8am, I had my launch day Wii and was running home as fast as my little legs could carry me.

But there was something that happened that day. When I bought my Wii, I paid for it with my credit card. A few weeks later, I realised my card hadn’t been charged. A few months later, and still no charge. In fact, there was never a charge.

In fact, this week marks the 3rd anniversary of The Day I Bought My Wii. As a result, it also marks the endpoint at which Game could have legally still requested payment. Under UK law, 3 years is the limit on backdated payment requests.

Which means, my Wii is Free, and Game can’t charge me for it. Hurrah! Of course, I’m kicking myself now for not buying everything the shop had to offer on the day.

Time for another one of these, I think. There was a bit of fallout from the text adventures feature in issue 03, and the cover art was stepped up a notch. Reading it now, I’m reminded of a couple of great (but probably forgotten) gems – Doshin the Giant and Pac-Man Collection. Ah, fun times.

I think with Issue 03, our retro issue, we really hit the big time. The ugvm site got slashdotted, the bandwidth costs spiralled to ¬¨¬£244 for just one weekend, and we were swamped with emails.

Mostly complaints about Tim saying interaction fiction was dead, which he didn’t quite say, but still – the publicity took us to over 10,000 subscribers. 10,000! Thats more than many print-based magazines!

EDIT: Oh, and look at my anti-prediction there on Page 2. “You wouldn’t see any high street magazines devoting a whole issue to old games, would you?”. Soon after, there was a Retro Edge, Retro GamesTM, and then Retro Gamer! We started it all, folks.

In 2001, the Game Boy Advance was released. I was pretty keen on getting one (and I did, as soon as physically possible), but before it came out I chased up a few places to find out how much it was going to cost.

How much will the GBA cost? Is it a Japanese import, or is the preorder for
a UK machine?

How much are the games? When is it likely I will get a GBA if I were to
preorder it now?

Imagine my surprise and horror when I got the following reply:

GBA are due all next week , we have shipments on a few days next week
Price ¬¨¬£270 inc Mario and Fzero X