Funny story. About nine months ago, Ian Higton, one of Eurogamer’s video guys blocked me on Twitter because he posted a video that had the wrong aspect ratio and I tweeted #stopaspectratioabuse at him. Fair enough, but it’s a valid crusade. It’s also not like there’s anything else going on in the world that is a bigger cause to work with anyway.

But then last week, Ian needed my help. But he’d blocked me! Oh noes!

He was after scans of an issue of Total magazine from the 90s, specifically the “Zelda IV”, now known as Link’s Awakening, review. And since I have scans of almost every magazine known to man from that era, I was his only hope (well, until someone else piped up with their own copies I suppose).

He was putting together a video and needed them for it. Thankfully word got to him, he unblocked me, and we all lived happily ever after. Here’s the video (with the reference to me at about 5:53 in):

It’s hardly proper fame, but look at my tweet ending up in a news story on Stylist: 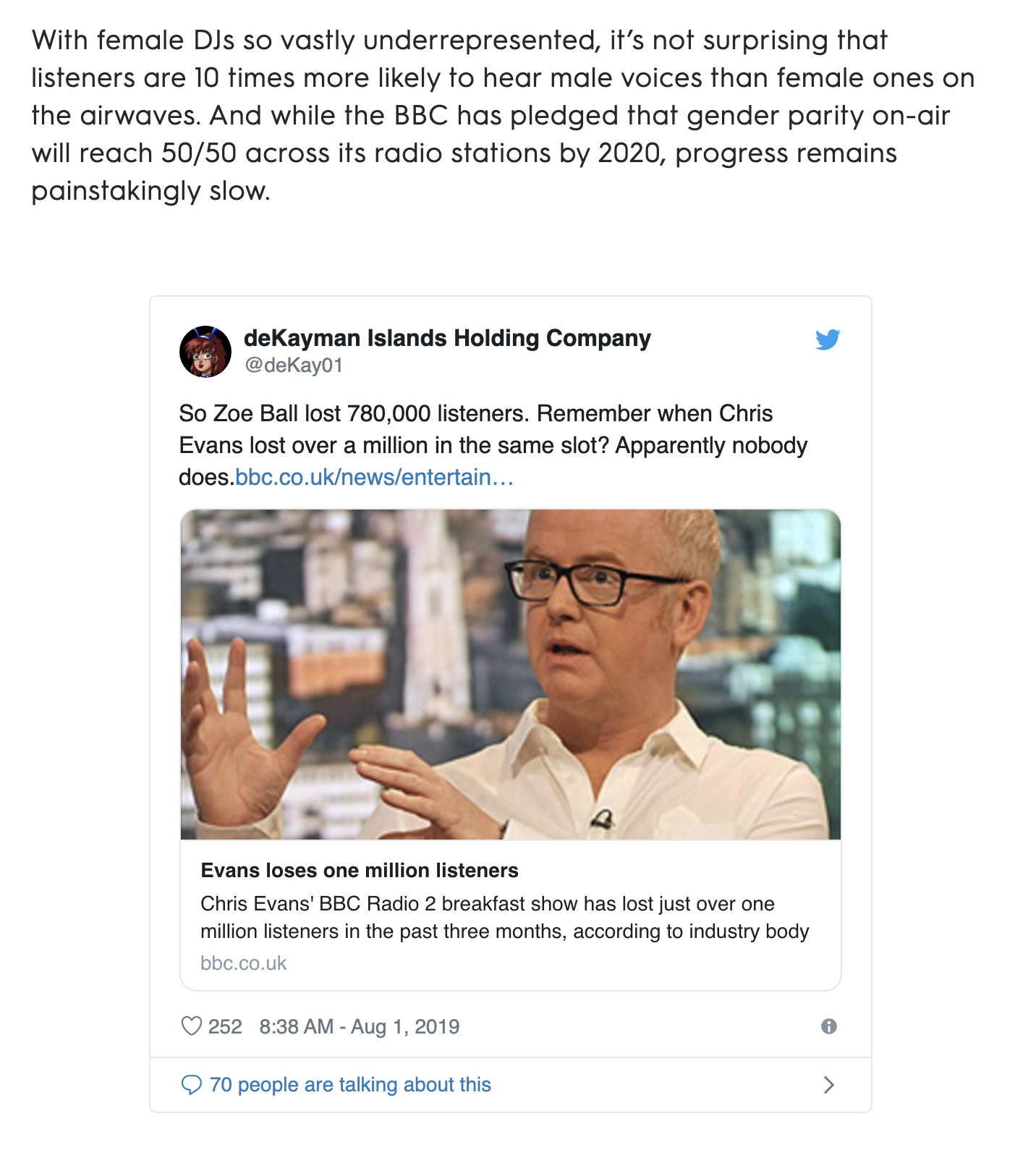 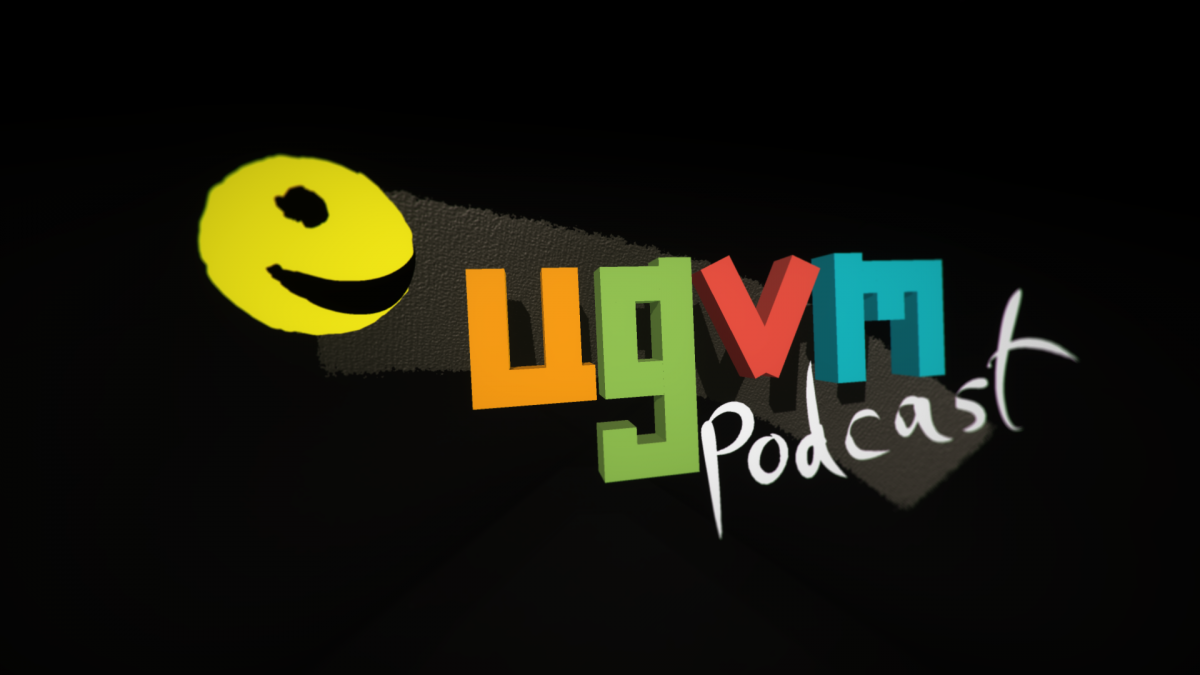 That’s two proper episodes and one pilot now. Already about six more episodes than I expected it to run for.

Anyway, yeah, this is a plug for that. You can find them all over on the ugvm site, or just search for “ugvm” on your podcast service of choice.

The format is the ugvm standard “Play, Want, Bin” structure, with a bit of chat and some news and stuff. Look, it’ll pass the time while you’re on the bus to work or blot out your family for a bit, so it has a use, yeah? And unlike a lot of other games podcasts it’s very low on the swears so it has that going for it too. 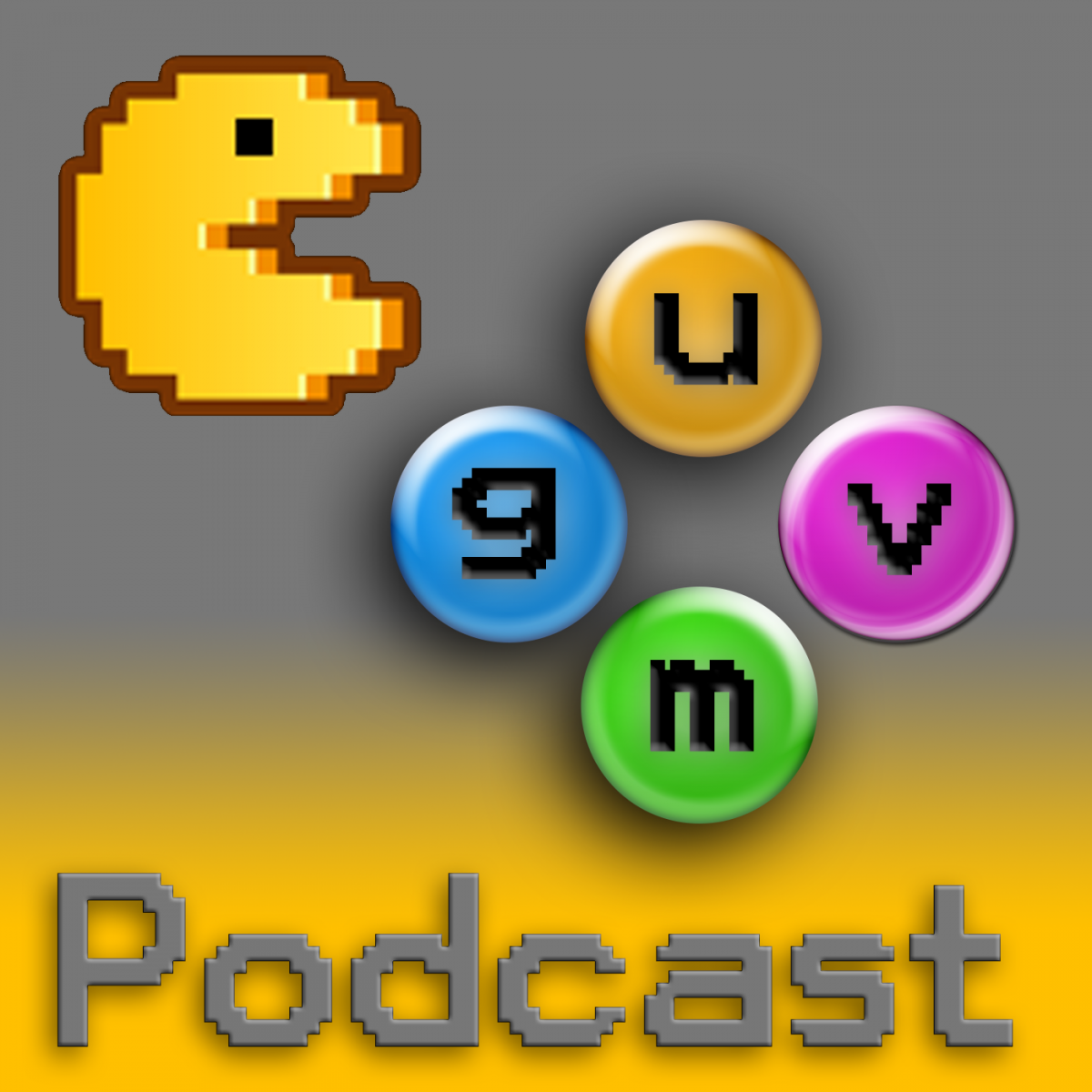 Some 15 years or so back, I came up with the stupid idea of creating a PDF magazine about video games. I edited it, and the people from the newsgroup uk.games.video.misc provided content and support. It was pretty novel at the time, and we got quite popular.

However, it took a lot of work and as a result became less and less regular. Eventually, it folded. Which was odd because it was a PDF. That was a terrible joke.

Not so many years ago, three perhaps, I posted a new idea in the newsgroup. What if we did a podcast? People said yes, but then suddenly things happened in my personal life so I shelved it.

Or rather, last week. I re-suggested it, people were responsive, and despite being short notice, four of us recorded a pilot episode on Thursday. It has since been edited (a little), uploaded, and despite various issues with length and audio, The ugvm Podcast didn’t turn out too bad. Even though I’m on it! Whodathought.

If you like people saying “erm” a lot, microphones that cut out, hour long shows that somehow are 100 minutes instead, and have a passing interest in video games, then why not have a listen?

You can find the first episode here: http://ugvm.org.uk/podcast/ugvm-podcast-pilot/, and it should also be on iTunes and other podcast directories if you search for “ugvm”. If you want the RSS feed, it’s http://ugvm.org.uk/feed/podcast. Feedback to podcast@ugvm.org.uk and/or @ugvmpodcast appreciated!

Well not exactly famous, but spot me, or rather a post I made on Miiverse, in this video made by Image & Form. Yes, them folks that did do make the SteamWorld games.

A few weeks back I did an Interactive Fiction “thing” at work. And for some reason, it was reported in the local press!

(I’ve removed the picture because it had kids in it). 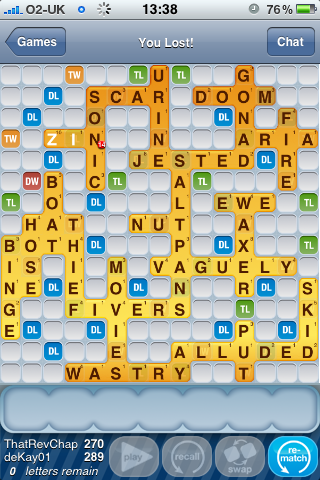 There’s a game for iOS (and Android) called Words With Friends. It is a clone of Scrabble. Except for legal reasons it isn’t. But anyway. It’s a tile based word game. Whatever.

Anyway. The other day, some random person started a game of it with me. This isn’t unusual, as there’s a random match-up facility. This person, however, asked me in the in-game chat if I was the same “deKay01” as was in The Telegraph the other day.

I was in The Telegraph?

Apparently so. I then assumed that what had happened was someone had used a screenshot of the game I’d taken and put on the internet (I’ve put a few on Twitpic or my gaming diary) and used it to accompany some story about Word With Friends or something. I searched with Google Images for “Words With Friends”, and was surprised to find the 6th image was this one: 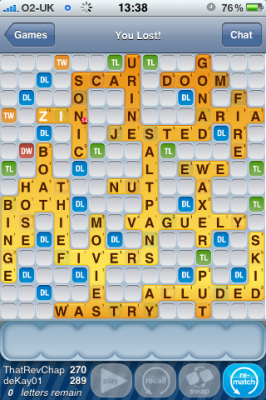 Why this image appeared on Android Guys, I’m not sure. In fact, looking down the list on Google Images, it’s not the only place the image has been used. Hilariously, it’s also been bodged into this one: 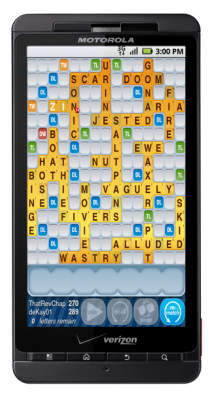 which is on “Gizmoninja“. The image is everywhere – like here, here, and here.

All well and stolen, but there’s another place the image appears. Here. The original location. How do I know this? Because the guy who runs that site is the guy who lost in the game, and therefore must have been him (not me) who took the picture.

Well, I say “runs that site”, when actually it’s ran that site. Because he died last year and therefore lost the biggest game of all. I pointed this out to the person who started the game with me and brought all this to my attention – they’d tried to start a game with him too.

In a way, I’m sort of pleased that both me and he are doing the rounds as “example WWF players”, but I’m also annoyed that The Telegraph can just use a dead guy’s screenshot without any sort of permission. Oh well.

Also, it would appear I did beat ThatRevChap at Words With Friends at least once after all! Hurrah!

In 1999, I entered the Bung (remember them?) Game Boy homebrew coding competition with a version of Advanced Lawnmower Simulator. It was the first, and only, Game Boy game I’d ever written, and required me to pretty much learn C just to be able to code it.

The other day, I found a Java based Game Boy emulator (JavaBoy), and so, combined with my GB version of ALS, I present to you an online playable version! Woo!

Oh, and in case you’re wondering, no – I didn’t win the competition. My entry wasn’t even counted, as it wasn’t enough of a game 🙂
END_OF_DOCUMENT_TOKEN_TO_BE_REPLACED