The Legend of Zelda: A Link Between Worlds (3DS) 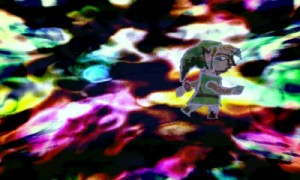 Yes, yes, I know there was Wind Waker and Phantom Hourglass and those Wii ones and stuff, but they’re not proper Zelda games. Don’t argue.

Nintendo have taken the essence of a proper Zelda game, reused the game world from A Link To The Past, and streamlined a new alternative story. By streamlined, I mean you’re essentially handed all Link’s weapons and very quickly obtain most of his abilities and just left to do the job of winning and exploring. Which might sound awful, but it really works. It’s a lot of fun as a result.

I’ve just finished the first dungeon (which didn’t even feel like a dungeon, and it’s only the first in that it’s the first I attempted – you can do them in any order) in Lorule, so there’s a fair way to go yet. 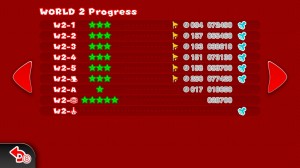 With the game complete (as in, Bowser beaten) it’s mop-up time. I’ve been back to earlier levels and nabbed more stars, stamps and, er, sflags, and played through the post-game unlocked Star World, and some of the post-Star-World Mushroom World. I’m still yet to find any actually really difficult levels though.

Sure, some of the stars have been hard, and there have been a few moderately difficult levels, but there’s been NOTHING as hard as the hard stuff in New Super Mario Bros U yet. Still, there’s more to come so it might happen eventually… 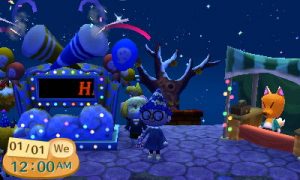 Still playing. Still not missed a day. Still finding things to do. Still getting the same damn statue from Crazy Redd EVERY SINGLE TIME. Seriously – I’ve had the guy with the disc one six times running.

It was New Year in the game too, and there were fireworks and a big countdown clock and stuff. Which was nice.