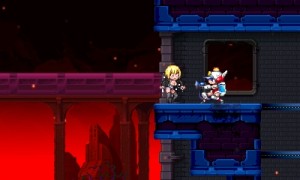 It’s been a long time since I played the 3DS original, but I did always intend to buy the sequel. At £1.25 instead of the usual £5 in this week’s sale, there was no excuse. The only difficulty was choosing whether to get the 3DS version or the Wii U one. I went 3DS for the 3D effect, which really does make a useful difference. 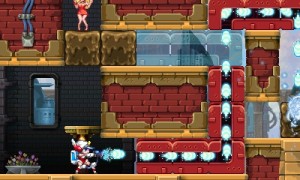 I’m glad I did, as well. It’s even better than the first game. The water hose replaces the gun, and makes for more varied platforming (you now have to douse fires and clean mud blocks to progress) and some better puzzles (using tubes to direct water, and three coloured “locking” blocks), and there’s now a baby on each level you have to rescue. Well, I say rescue – you kick it off the screen. 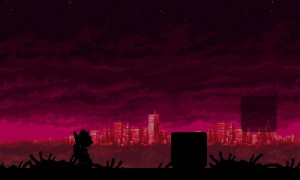 Other than that, it’s the same as before – same controls, same ideas, seemingly same speech samples, mostly the same baddies. It is, however, a lot easier than before. I never got stuck, and only dies three times in the entire game – and not at all on the final level or the end of game boss. I had found the final level on the first game overly difficult and frustrating, but the last level on the sequel is one of the easiest in the game. It still has the “rhythmic auto depth switch” the previous Mighty Switch Force had late in the game, but it’s far, far easier. 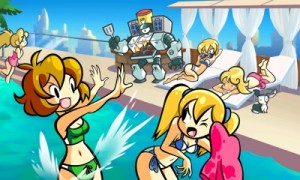 I’ve a couple of babies to go back and collect, but there’s no way in hell I’m going to replay the game to beat the par times for each level. That would be nuts as even on levels where I feel I’ve been pretty quick, I’ve taken three times as long as I could have done.