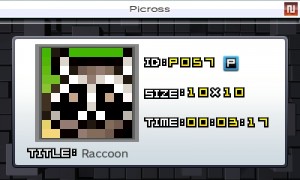 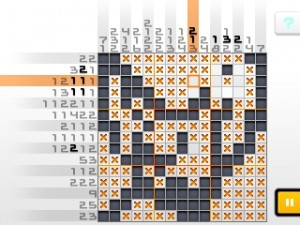 Unfortunately, it does this by cheating a bit. You see, it seems that all the standard Picross puzzles are duplicated as Mega Picross puzzles. You know, those ones where numbers span two rows or columns. Sure, it means the solutions aren’t the same, but it did mean I recognised a few before they were finished so knew where I had to fill some of the squares in without doing the logic for them. It also meant they didn’t need to create more puzzles. A shame, but not a game killer.

As it is, it’s more Picross. A lot more. They’ve added no extra modes or anything this time around, but that’s not really important. Roll on e7!