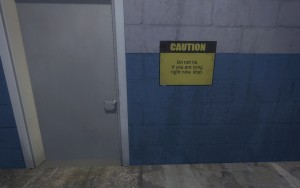 I don’t know what the one true ending is. I don’t know if that’s the one I reached. I reached many endings, most of which involved the death of poor Stanley, but one, the final one shown in my spoiler-filled video, seemed to be “the end”. I found the credits at least, anyway. 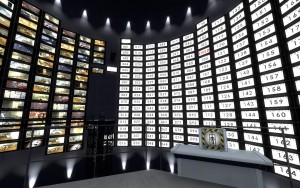 To describe the game gives too much away. What I will say, is that it is genuinely hilarious, as the narrator tries to tell you what to do and when you veer from his path, the berating is priceless. My favourite moment was finding the broom cupboard (about 7 minutes in on my video), and refusing to leave. When I finally did leave, I returned later to be berated again, and a third attempt presented a boarded up door. Excellent.