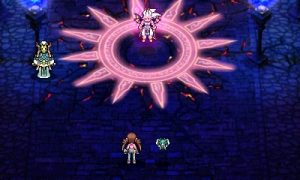 I’ve posted a little about this before, but not for a while. I’ve haven’t stopped playing, it’s just… there’s been some repetition. For much of the game there isn’t a great deal of grinding, although perhaps I’ve been lucky and just levelled up the most suitable of my dragons by random chance. Then I reached the end of game boss, and whereas almost every other enemy in the game can be wiped out in just a couple of turns by my main dragon team, the final foe is impossible.

Literally impossible. I can barely even register a hit on any of his five heads, let alone deal much damage to his core (that’s if I even get as far as him exposing it), and so it’s off to the grind trail to find some more suitable dragons (or rather, the jigsaw piece drops necessary to evolve my current dragons into them) then spend many, many hours levelling up. Joy. 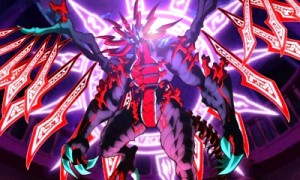 Although actually, it isn’t that bad. The puzzle matching mechanic of the game remains fun in a way normal RPG fights wouldn’t after 20 hours of grinding. That’s not a throwaway number, by the way, that’s how long I’ve spent grinding so far, just for the the final boss. I’ve not even assembled the full team yet either, never mind near level 99 with them. There’s a long way to go yet, and I’m 60-odd hours in as it is.

And then there’s the Mario themed version of the game to start!