You know, I hadn’t even realised Kirby: Planet Robobot was out already, and then I got it as a Father’s Day present. And it’s only bloody excellent. 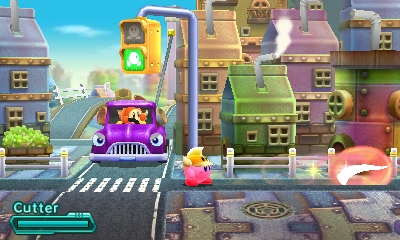 I know some recent-ish Kirby games have been a step away from the normal “inhale baddies, copy their abilities” model of old, so I was a little worried Planet Robobot might be similar, especially as the core addition is Kirby’s new mech suit. I needn’t have worried though, as this is proper Kirby – and when in the mech? It’s still proper Kirby. 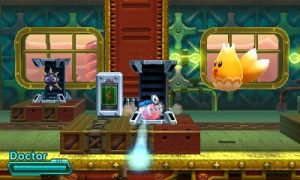 Happy colourful levels with definitely Kirby-sounding music mixes with metallic surfaces and robots, but it’s clearly a standard Kirby game. There are multiple (usually two, sometimes more) planes of play, with Kirby popping into and out of the screen in fantastic 3D, but this just adds to the game rather than change anything fundamental. Some puzzles (mostly to obtain Core Cubes, needed to unlock boss levels) use this fore- and background swapping to great effect. 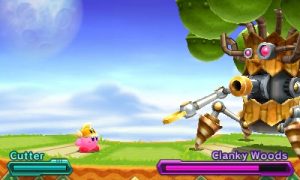 The levels themselves are pretty big, although with 6 worlds (and a final boss fight 7th world) and just 4 or 5 levels in each it isn’t a large game overall. At least, I thought that until I’d beaten the game and two more modes unlocked! One of which is to play a modified “remix” of the game again, only as Meta Knight, who doesn’t have any copy ability nor does he have a mech suit. That will make some of the mini boss fights interesting! 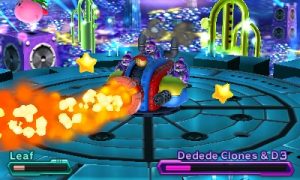 The game itself was incredibly good fun. I raced through it in just a few days mainly because it was so much fun I couldn’t put it down. Sure, it isn’t difficult either (I died maybe five times in total, ending the game with over 40 lives) although getting a few Core Cubes is pretty tricky – I’ve not collected them all so that’s something left to do. My only complaint would be in the SuckySuck(TM) Bit at the end where there’s a Boss Rush (albeit with a powered up suit which makes short work of them all) and then the final boss has a multitude of additional forms. Not hard, so not frustrating, but a bit clichéd.

Best Kirby game in ages. Probably since the SNES Kirby’s Dreamland 3, in fact.