Since I’m currently loving Master System platformers, I decided to give The Lucky Dime Caper a go. I don’t think I’ve ever really properly played it before, certainly not past the first couple of levels, anyway. 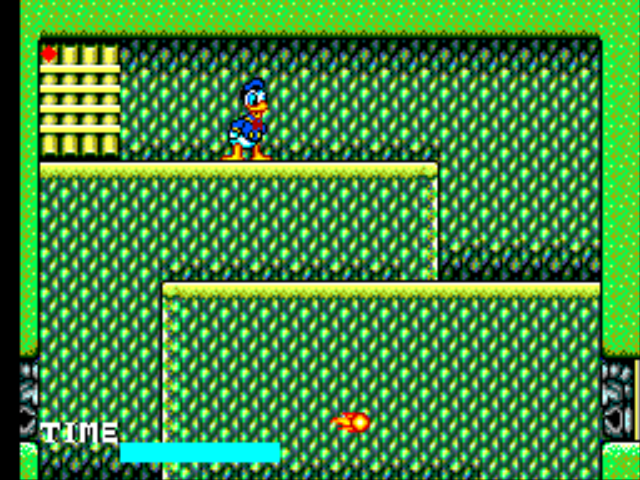 Of course, it’s going to be compared to Castle of Illusion and sadly it isn’t as good as that. Donald’s levels aren’t as well designed, mainly having more straightforward platforming than the odd puzzle bit Castle of Illusion had. Donald’s main attack, usually a mallet, is tricky to time as enemies have to be really close for it to connect, and the frisbee he sometimes picks up is better but I found quite a few baddies – mainly bosses – it didn’t damage.

Speaking of bosses, they’re all very easy with the final boss being the easiest boss in any game ever. You literally jump on one spot for three seconds, before she can even properly start attacking you, and that’s it – you’ve beaten her. Pretty disappointing. The other bosses are more taxing, although not much more, but annoyed me as there’s no way of knowing how much damage you’ve done to them, or in some cases, if you’re even damaging them at all. 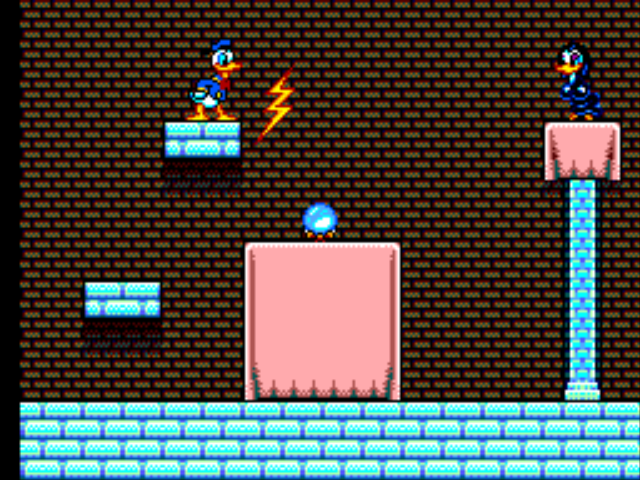 The levels themselves were standard platform faire – forest, ice, volcano, water, Egypt, castle… in fact, some of the graphics seem to be ripped directly from the Illusion games. Or maybe the other way round, I suppose – I didn’t check the release order!

That said, The Lucky Dime Caper isn’t a bad game, it just isn’t as good as the Mickey Mouse titles or Asterix. It’s better than Alex Kidd: The Lost Stars though!