Oh my is this a crap game. I picked it on a whim, expecting (for no real reason) for it to be like Rolling Thunder or possibly Last Battle. In fact, it’s not as good as either of those. 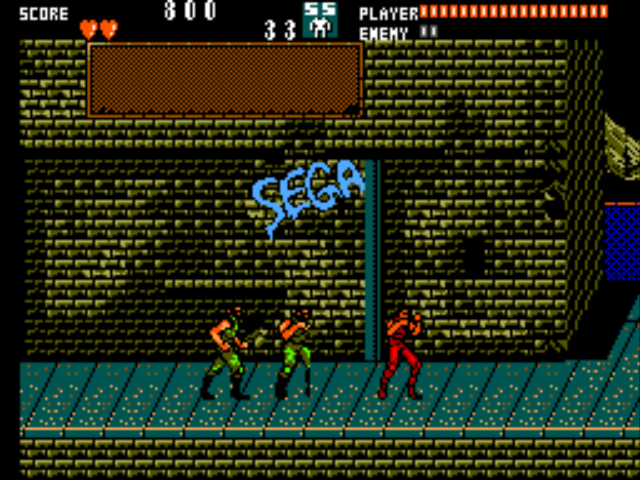 Starting out more like Streets of Rage but after one level it turns into the most repetitive single-plane side scrolling punchkickjump game ever. Sometimes you get guns which you can’t use when jumping or crouching. Or on bosses. Aside from the first section, all the other levels are virtually identical with a slight change of layout or palette.

There are several bosses, the first of which is near impossible, the second and third are walkovers (just trap them in the corner and keep crouch-punching them), and Milacle Man (no really, that’s his name) can kill you in a single hit but is easily beaten once you know how. Then the final boss, M, is a rehashed Dr Wily machine from one of the Mega Man games.

Running Battle is utterly dire, has no redeeming features, and I completed it so that you don’t have to.