I had two issues with the original PaRappa the Rapper game. The first being I didn’t own it (until much later, and that was on the PSP), and the second being that I couldn’t play it because of the issue I have being PlayStation Controller Blind[ref]I mention this a lot, but it’s basically that because the PlayStation controller doesn’t have a standard or memorable button layout, games that rely on quickly knowing their location – like rhythm games and games with QTEs – are a struggle[/ref]. 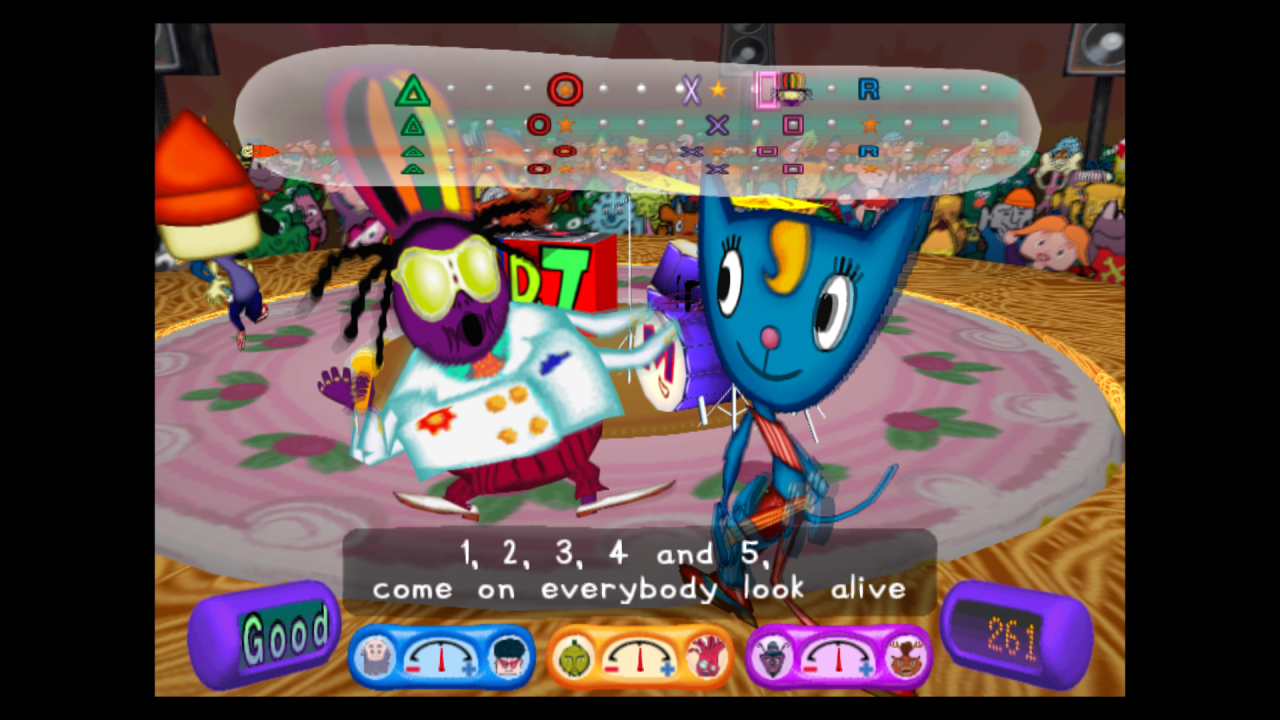