Is it really four years since I completed this last time? It doesn’t seem that long ago at all. Not much is different in the Switch version, apart from two major things:

1) It’s two player! OK, so it’s a bodged two player, in that both people play as Chase McCain even though that makes no sense, but that doesn’t really matter. Having two players lets you, obviously, do two things at once – making going for 100% a much quicker and less daunting task.

2) The loading times! Certainly, they’re still there, but they’re so much shorter and less frequent. On the Wii U version there’d be times when you’d wait over a minute – perhaps even two minutes – for parts of the game to load. Around 30 seconds is the most I’ve come across on the Switch, but it’s usually less than that. 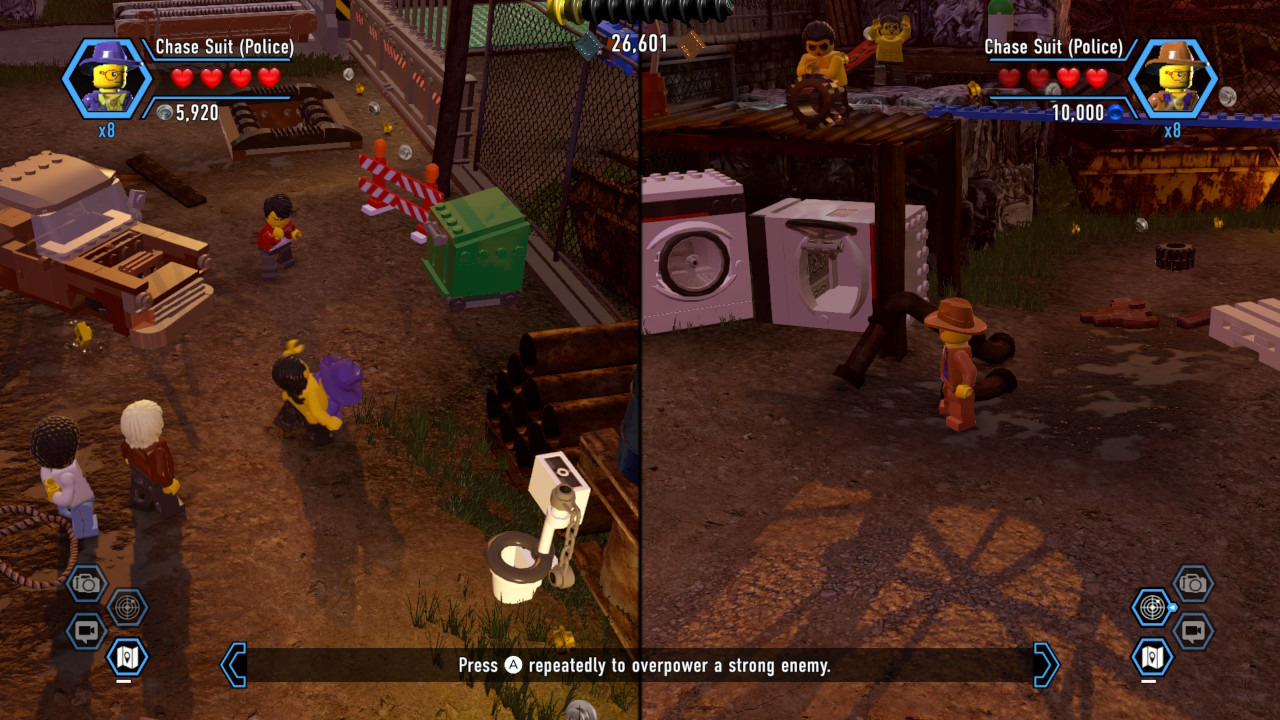 Other than those, though, Lego City Undercover is the same game as before. And that’s just perfect because it’s was, and still is, one of the very best Lego games. Perhaps the best, now it’s improved in those ways mentioned above. A toss-up between this and Lego Marvel Super Heroes, anyway.

Now to get everything I’ve missed. Sorry, we’ve missed. Yeah, I’ve played the whole thing through with my daughter this time round, which wasn’t possible before.