I was never not going to buy a game called Bomb Chicken. Especially when I saw it in action.

You’re a chicken, and you lay bombs. You can kick them when you’ve laid them, but other than that and moving left and right, you’ve no other moves or abilities. Using this somewhat limited array of skills, you have to navigate platforms, kill baddies, hit switches and generally avoid touching anything. 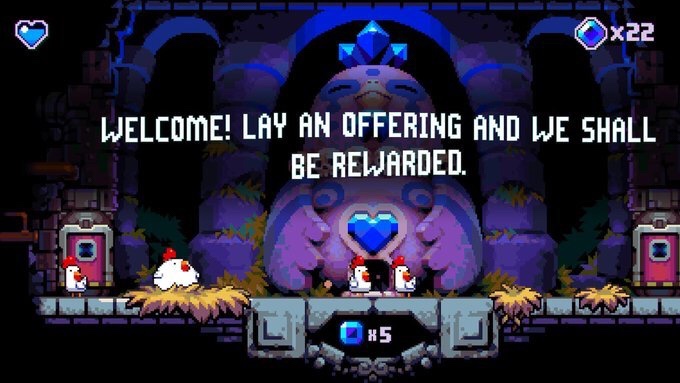 Having no jump button is the main enemy you have to contend with, however. You can stack your bombs to gain height, or bounce on some baddies, so simply getting around the levels is different to pretty much every other platformer, and the basis for many puzzles. 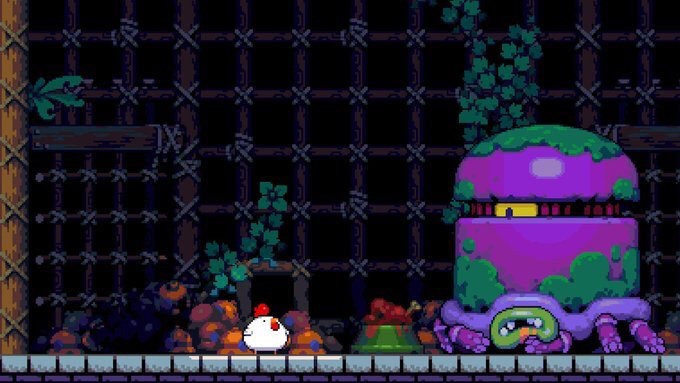 It’s not a massive game, but there are some really difficult levels near the end, as well as some bosses, but it’s really rather good. The artwork is great and the animation – especially on your chicken – is really nice. The gameplay is also top notch although I hit a couple of minor bugs (bats you have to bounce on sometimes don’t respawn if you die).

Bomb Chicken is fun, unusual and cheap, and I enjoyed every minute of it. Even when I had to redo level 27 some twelventythousand times.