I’d been eying this up for a while and it being on sale right now twisted my arm. And, well. it’s not as good as I hoped.

To be fair, I wasn’t sure what I was getting into. It looked like a more puzzle based Zelda type game, when in fact there are very few puzzles and instead it’s a talk-to-people game with some annoying stealth sections.

Now, I dislike stealth sections at the best of times, but these are made worst by the random nature of the creatures you have to hide from and get past. Sometimes they see you. Sometimes they don’t. Sometimes they wander aimlessly, in circles or into corners where they seem to get stuck. It’s like there’s no pathfinding AI at all. 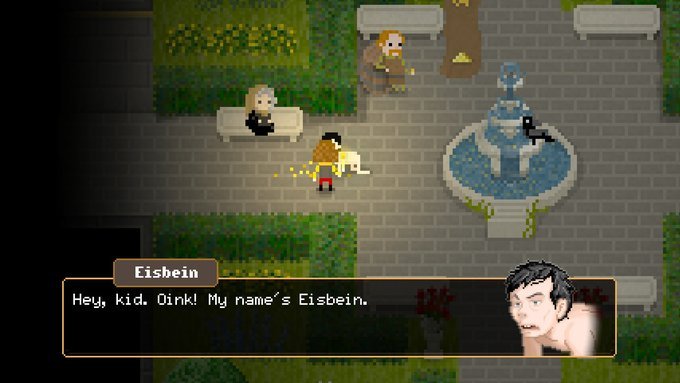 That aside, the rest of the game is fine. It’s a Grimm style fairytale of a 10 year old boy who leaves home to find his fortune, ends up in a cursed castle, and has to find the name of a weird kobold by solving rooms to obtain the letters and then put them in the right order.

There’s a wonderfully bizarre collection of characters, like a man who is a pig and a goatherder who is decapitated by his own bloodthirsty goats, but the main gameplay is hide and seek and far too simple item manipulation so the quality isn’t consistent.

It’s a shame. It looks great, and the whispering of the “servants” who try to grab you is superbly creepy, but half the game wasn’t really for me. There are multiple endings, of which I think I’ve seen the best two, but I won’t be returning for the others. 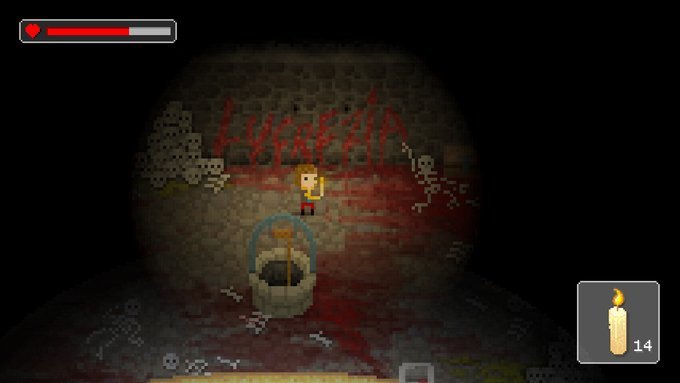