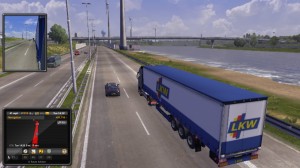 My first ever Steam Sale purchase! Sadly, it isn’t as great as I thought it was going to be. The graphics are flatter and drabber than videos had led me to believe, the roads are samey and short, and you’ve little choice in the routes you have to take.

Still, driving all the cars off the road on the way to Belgium, then running down all the Belgians when you get there, never gets old. 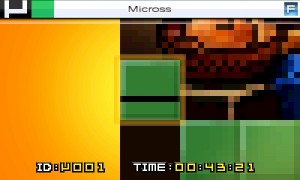 And you get 5 bonus puzzles for each of e, e2 and e3 that you already own too. I suspect they’re Mega Picross versions of “normal” Picross puzzles found in those games, as some seem familiar.

I’ve been jumping around the various modes so I can’t really say how much I’ve done so far, but perhaps a quarter overall? 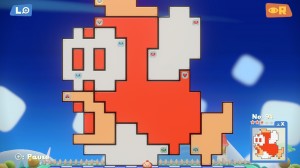 It’s just like the 3DS version, only with different puzzles. Which is fine. It loses a little from not being in 3D, but gains a bit from a bigger screen. I’m almost certain that the 3DS game didn’t have an unlimited rewind too – it “ran out” – but here you can rewind all the way back to the start of your attempt regardless of how long you’ve spent on it.

It also appears that some of the levels are much bigger than in the original. Some are seemingly too big – as even zooming out doesn’t show half of it.

Apparently Pullblox World has something like 240 puzzles to get through. I’m on the final “page” of puzzles (with 10 on each page) right now, and completing them will total 120, so I’m not sure where the other 120 are…

The four additional StreetPass games are currently on offer (£8.99 for the lot, instead of about £15), so I bought them. I’ve exhaused Quest and Quest II, and apart from the occasional new picture, the puzzle game was finished long ago (and is quickly completed when there is a new one).

I’ve not spent ages on each so far, but some thoughts:

StreetPass Squad is a more than slightly enjoyable side-on shoot ’em up. StreetPass’d Miis provide different weapons for your not-at-all Opa-Opa cloned ship, and the levels are varied and fun.

StreetPass Garden is a surprisingly deep gardening simulator, where Miis help you grow flowers and harvest seeds from them, with new breeds and hybrids and stuff to collect. There are tasks to perform by growing certain types of flower, and all sorts of garden paraphernalia to collect. I hated it at first but it soon opens up into a more enjoyable game.

StreetPass Battle is like a cross between Janken and Risk, where you build up your troops (bolstered by StreetPass hits) and then take on other nations. How well you do is defined by how many troops and what sort of attack they use (in a Janken rock/paper/scissors type way). It’s very slow going though, building up your army to be big enough to defeat the next nation. Unless I’m missing something obvious.

StreetPass Mansion is part puzzle, part RPG where Miis you meet give you pieces of floor which you arrange in the mansion to create rooms. Put multiple pieces of the same colour together to make bigger rooms with better treasures, and put non-matching colours together to trigger battles where you fight ghosts. Your weapons can level up and be upgraded Fallout New Vegas style too. Lay enough floor tiles to reveal the stairs to the next floor. It’s really pretty good. 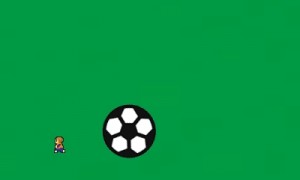 Not doing too well in this at the moment. All my players are getting old and I’m unable to train up new players to replace them quickly enough. Also I’ve lost any chance of promotion from “The football icon” league, although I’m almost certain to end up in second place at, so I’m not too worried.

I’ve played a lot of online matches recently, mainly to farm cards, but I’ve been doing surprisingly well. Not enough to rise up the ranks much, but I’m certainly not dropping like I had been previously. Mind you, I’m picking my battles. 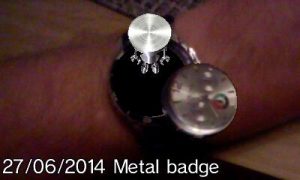 I took a photo of my watch and it turned it into a badge. Then I cleaned up a kitchen with a sort of hoover thing, and chucked a load of rubbish in a robot bin blender thing. I had a conversation with a talking smartphone, and then wandered round a very small part of a very empty museum.

Which was all great. But I’m somewhat confused as to what all the cleaning up is for. One to wait for in a sale, I think. I’ll give it a miss at full price, not least due to having a trillion other games on the go at the moment. 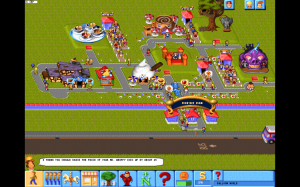 Bought as part of the GOG sale, in a Bullfrog games pack. It’s as janky as I recall (although I mostly played the Amiga 1200 version, back in the day), slightly more so due to running under Dosbox.

I couldn’t remember how to research new things for ages, so only had the same few rides and shops for several game years. Then I remembered, but by then half my rides had exploded, everyone was too hungry and thirsty to stay, and nobody liked Vomit Park any more.

Then I screwed up salary negotiations and all my staff went on strike, during which the rest of my rides blew up.

All in all, rather successful, no?