This was a surprising amount of fun. I loved all the different ways you can murder your targets, some by brute force, some by taking the time to learn how to make use of their schedules or weaknesses. Poisoning their food, laying explosives on their route, or setting traps for them to essentially kill themselves.

The episodes were all pretty varied, with some humourous people to meet and quirks to take advantage of. In particular, I liked messing with the guy in Colorado’s OCD, forcing him to calm down by partaking of a cigarette I’d laced with hallucinogenic drugs.

I’m almost certain I’ll return to the game to try some alternative methods of bumping the targets off, even if just to mess around with the game a bit.

Oh, and it has some incredible toilets. Very important, that.

If you want to watch my complete playthrough, with all two thousand game reloads, then you can here: 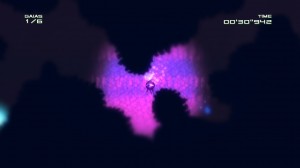 There was a sale on recently where Abyss was a stupidly low price of just 44p, but you needed to own UnEpic in order to get it for that price. So I bought UnEpic, and got Abyss. I had no idea what Abyss was, but it was 44p. Plus the £8 or whatever UnEpic was. Erm.

Turns out, it’s a gravity physics cave navigating arcade game. Sort of like the old Spectrum game Thrust, but without having to drag collected cargo around – you just pick it up. It’s pretty good too, but I’ve not played it a great deal yet. The level select screen suggests it has 12 levels but I’m half way through that already, so I hope something else is unlocked afterwards otherwise it’s going to be very short. But then, it was only 44p.

Although I’ve completed Garden now, I’m still playing it and have grown almost half of the 80 known breeds in the game.

I’m still working through StreetPass Battle, which is very, very slow going. My army is up to almost 300,000 people, but each full set of 10 streetpasses still only gets me about 12,000 at the most, and usually it’s far less than that. I’ve beaten 9 other nations, and the next one was about 350,000 people in its army, so I’m a way off attempting that yet.

In Mansion, I’ve stopped trying to progress as quickly as possible, and am instead attempting to completely fill every floor. I’m on 16 at the moment (of 20, I think?) and apart from the already laid rooms of different colours, I’ve almost filled the floor entirely blue. I’m getting a lot of nice treasure as a result. Only thing is, my weapon kills even bosses in one or two hits and I’m virtually indestructible, so even other weapon types are pointless and substantially less powerful than my Windbag of Woe +2. 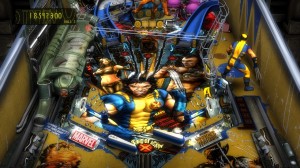 Just a few games of the Wolverine table, which I’ve barely played before for some reason. I always seem to gravitate towards World War Hulk and Iron Man. I’m second on my friends leaderboard now, although I’m pretty sure the scores must have been reset at some point as the leaderboards seem a bit empty. 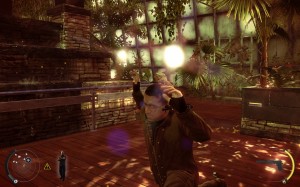 Oh my is this terrible. It doesn’t help that it’s completely uncontrollable with a keyboard and mouse, not least because it seems to need every single key on the keyboard when just a single “use” or “action” button for most actions would suffice.

Add that to the fact that Agent 47 keeps vanishing – literally becoming invisible to me, but crucially not anyone else. See the screenshot for my Guard vs Hollow Man fight.

It’s no Assassin’s Creed, that’s for sure. 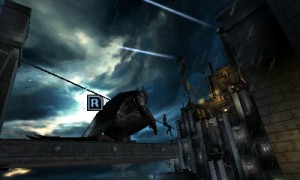 I started this right after finishing the Wii U Batman Arkham Origins game, mainly because it was a continuation of the story. It looks fantastic, and plays pretty good too even though it’s all in Shadow Complex style 2D rather than 3D like the other games. This does limit your takedown options a bit, but that’s not really a problem.

What I am finding an issue is the controls. For reasons I don’t understand some things that ZR was used for on the Wii U has been mapped to L on the 3DS, which is proving tricky to get used to. Bataranging works differently too, and the map is a from-above floorplan, but the action is from the side with fixed points where it rotates 90 degrees to move into and out of corridors and doors – which makes navigation via the map almost impossible. I’m not far in yet (my SD card died and I couldn’t use my 3DS for a week while I got a new one), so I don’t know if the expected Metroidvania-type backtracking and exploration will be hindered by this or not.