I think I’ve completed this today. But since I got no credits or end sequence, I can’t be certain.

I’ve completed all the levels on Earth, and can’t find any more to do, so am I done? 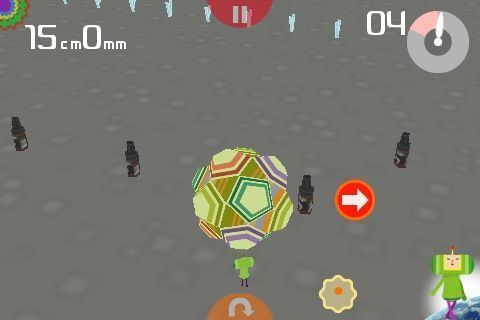 EDIT: It seems, according to GameFAQs, that yes – I’ve completed it. So I’m altering this post to reflect that 🙂

I got my first victory! Domination by 1960, using the Germans. Excellent.

So I bought it. And, although the interface is a little different, and the graphics are nearer the DS than the 360, it’s the same horribly, horribly addictive game. Only now you can’t escape it as it’s in your pocket. Gah.

With my lovely new iPhone now here, and I’ve had just over a week to play with it, I’ve loaded it up with a few games. Here’s what I’ve been playing:

Flight Control
It’s only 59p, but it’s addictive like crack. The idea is (as will all the best games) simple – direct aircraft to the matching landing strip. You’ve got fast planes, slow planes, and helicopters, and you draw their flight path in. If they crash, game over. Great fun, hard, but with One More Go Factor 10.

Scramble
Like Boggle. Only free. I’m rubbish at it, but still keep playing.

The Secret of Monkey Island
My most expensive iPhone game so far at £4.99. It’s a remake (or rather, a reskinning) of the original game. I’m not very far in yet, mainly because I’m lost but also because getting used to the fiddly (at first) controls took ages. Looks great though. And it’s a “talkie” version!

Tap Tap Revenge 2
Like Phase on the iPod, which in turn is Guitar Hero for the instrumentless. But it’s very good. The shaking moves are a bit hit and miss though, and although there are loads of free tracks for it, most of them aren’t ones I’ve heard of.

Dance Dance Revolution
59p! It was on sale so I bought it. It’s quite good fun, but a bit disappointing that there are only Konami tunes on there.

Harbour Master
Like Flight Control, only with boats. It’s a bit more different than that, but it still have the same addictive qualities. Made a bit harder as you have to manoeuvre the boats out as well as into the harbour.