That’s it – 100% done, all the trophies, the lot. And it was a lot of fun too. Like the last few Lego games, I played it entirely co-op with my daughter, who loves dinosaurs and this got her into Jurassic Park itself. She bought herself some Jurassic World Lego the other day too! We spent 28 hours reaching 100%, although it does feel like a lot longer and that seems a little short for a Lego game. It wasn’t the 60+ hour epic the likes of Lego Star Wars III or Lego City Undercover, anyway.

The last bit of mopping up involved picking up the remaining minikits in some of The Lost World and Jurassic World levels, including a couple of annoying ones that were on “into the screen chase” levels. Far too easy to miss them and you can’t go back without restarting the level.

With it done, we can move in to Lego Lord of the Rings next. Hopefully once that’s completed Lego Marvel Avengers will have come down in price!

We have now 85% completed Lego Jurassic World. We’ve managed to pick up all of the red bricks, all the races, rescued all the workers, completed everything on all four game maps, and have most of the amber bricks within the levels. All the vehicles are unlocked, almost all the characters and dinosaurs are unlocked, and we “just” have to work through all the levels again mopping up the last few amber bricks and the majority of the minikits.

Really itching to get this put to bed now. It’s not that I’m no longer finding it fun, far from it, it’s just that I picked up Lego Lord of the Rings stupidly cheap recently and want to get that done before we can move onto Lego Marvel Avengers, which came out last week. 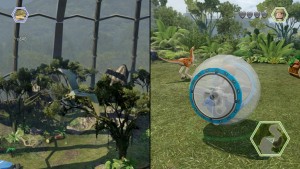 And still we continue with this! Almost 70% complete now, with most of the red bricks and amber bricks collected, and all bar about 6 characters to be unlocked. We came across both the Aviary and the Mosasaurus tank recently, when we’d somehow totally missed them before. That meant we then has to go and find some actual pterosaurs and a Mosasaurus to make use of them, though.

Much of what is left is now redoing all the levels and picking up what we couldn’t before as we didn’t have the necessary character or dinosaur. Hopefully we’ve enough of them now so we don’t need to keep re-redoing levels!

My daughter loves Lego games and loves dinosaurs, so it was an obvious choice to get Lego Jurassic World at some point. Even if I do keep calling it Lego Jurassic Park.

She’d not seen the films, but the game did mean she could watch the films without being too scared, and we have watched the first one now. One thing I hadn’t realised until we played this is how the T-Rex, rather than being the frightening terror she appears to be, is actually the hero of all four stories. In Jurassic Park, she provides an escape from the gallimimus stampede and rescues Alan, Ellie and the kids from the velociraptors at the end. In The Lost World, she’s only trying to save her baby and goes at great lengths to do so. In Jurassic Park III she sees off the spinosaurus helping everyone get away, and in Jurassic World she defeats the Indominus Rex. Uh, that might be a spoiler.

As for the game itself, it’s more of the same sort of thing you get in any Lego game. No surprises there, but you can be actual dinosaurs! Ace. Obviously, we’ve only finished the main game (albeit all four films), but we’re working through the extra gold bricks and so on. It’s more fun than Lego The Hobbit, so we’ll probably stick at Jurassic World a bit longer.

Been a while since I did a roundup, so this covers several weeks… 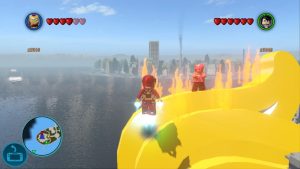 My daughter and I completed this some time ago, but the post game mop-up is huuuuge. Not only is there the usual Free Play of levels, but there are loads of other smaller levels you unlock, and hundreds of events around the world map. We’ve 230/250 gold bricks now, so the end is in sight. 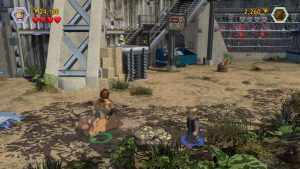 Oh god I think we need to get this. We’ll probably get the Wii U version though, because co-op screen-each play is the way to go on Lego games. I know the PS4 version looks better, but screen-each! 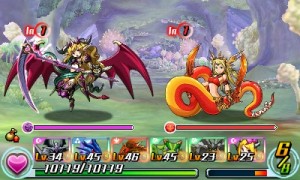 Slow going on this. I only do a single level every now and again, so although I’m getting there, it’s taking a while. I am enjoying it, though! 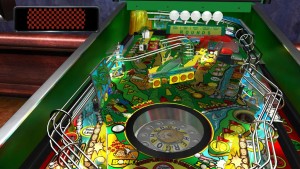 Picked this up when it was on sale. It’s not something you can complete, but it’s pretty good. I got the first two “seasons” cheap, and although some are recycled from Gottleib Pinball on the Wii, it’s enjoyable. Some more than others, of course. One thing which is annoying, however, is that your users on your PS4 can’t share leaderboards, making the leaderboards essentially useless. 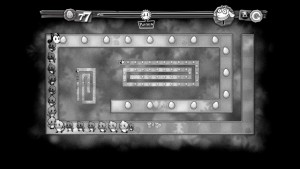 Saw this described as Chu Chu Rocket x Pac Man Championship Edition, but it’s not quite that close. In fact, the main arcade mode isn’t really interesting me and I was pretty disappointed… but Nostalgia Mode? Bloody awesome. It’s more puzzle based, and a lot of fun. So mainly I’ve been playing that.

Some sort of Minecraft looking but more survival based game. Which appears to literally be a reskin of some Unity asset pack demo game released as a “new” title. Cheeky. And utter tripe.