Lumo is how you remember old Spectrum isometric games played. You know the ones, like Batman and Head over Heels and Knightlore. Only you remember wrong. Because although we all loved them back then, they were a pig to control and the hardest things ever.

Take the idea of these games, and view them through a rose-tinted lens, and you have Lumo. It both pays homage to, and lampoons, the 8-bit isometric arcade adventure genre. 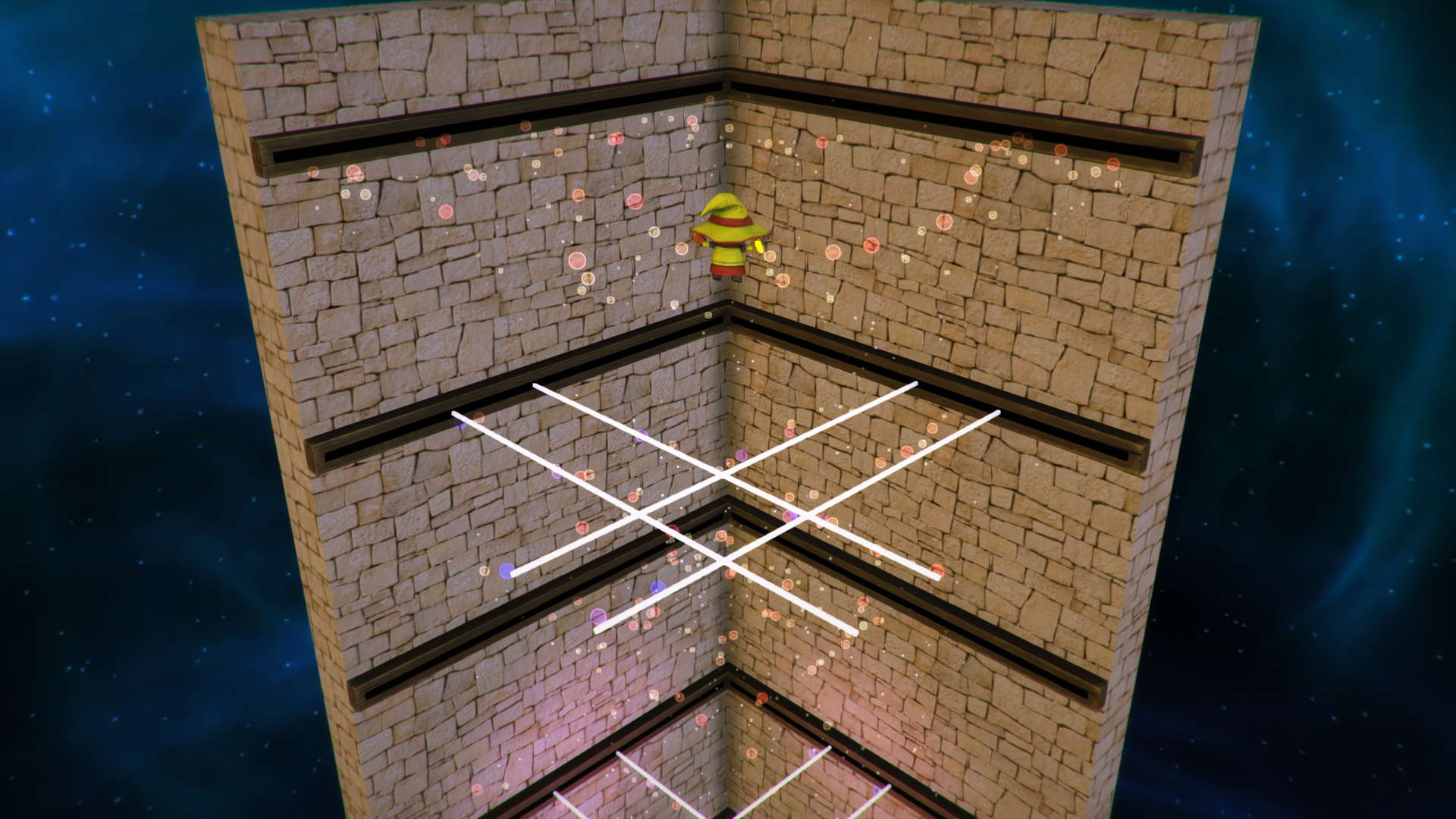 You begin in “the real world”, visiting a small-time retro gaming event. One of the machines on display malfunctions, and you’re sucked into a world where you’ve become a super-deformed wizard and electrified floors and hidden cassette tapes are the order of the day. You move from room to room, overcoming platforming challenges or puzzles, collecting four artefacts. Collect them all and you just might return home.

Where Lumo succeeds is in evoking the feeling of those old games. Not just in the viewpoint, but in the sort of objects, room layouts and traps you encounter. Several rooms are almost carbon copies of classic ones, triggering the retro glands. Some rooms contain more front-and-centre references, literally including sprites or screenshots. There are nods to 80s computer games and UK gaming culture of the time everywhere. In one section, you ride a lift and the music playing is Your Sinclair’s very own Whistlin’ Rick Wilson and his classic “Hold My Hand Very Tightly (Very Tightly)”. They played it on Radio 1 once, you know.

Sometimes the game will deviate from the Ritman/Drummond/Ultimate template into other areas. There’s a minecart section, and several bonus areas that ape Ballblazer, Zaxxon, Horace Goes Skiing and Nebulus amongst others. Some of these work well in isometric, some (*cough* Horace *cough*) do not. 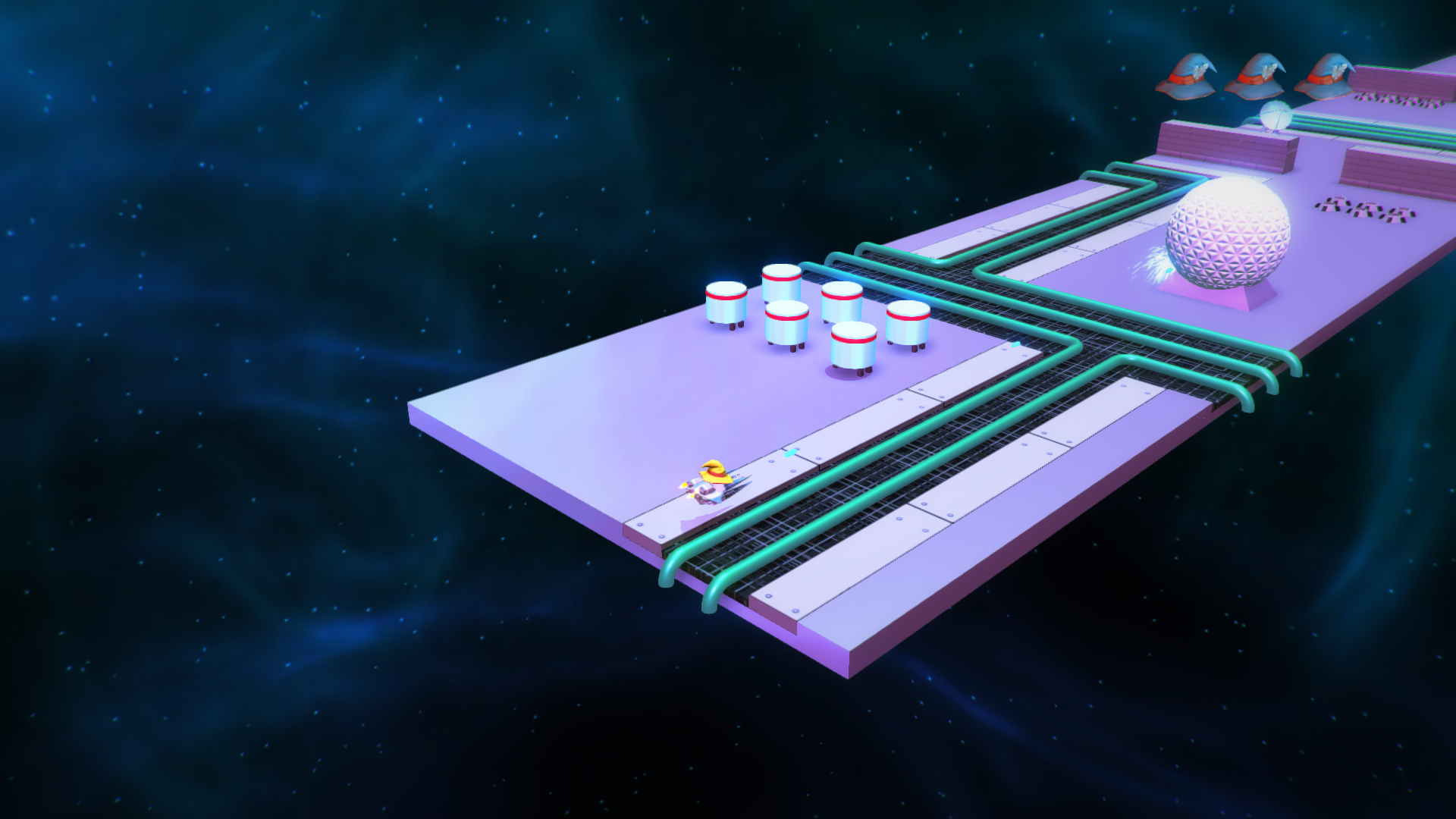 Where Lumo performs less well is mainly due to this 45 degree viewpoint. Also a complaint with many of the classic titles, seeing where you are in space relevant to platforms you need to land on can be a struggle. One particular section in a later area of the game has you navigating a bubble between spikes, and it’s near impossible to determine where it will actually pass. Failing a screen because your pixel-perfect jumping isn’t up to scratch is one thing, but because it looks like the landing area is in front of you when it’s actually up in the sky several squares away? Not great.

Thankfully, and unlike isometric titles of yore (unless you cheated!), infinite lives help stave off throwing your gaming device through a window. Some of the more tricky, long, or “perspectively challenged” areas still cause the red mist after several dozen deaths, but these are rare.

It’s definitely a game aimed at 80s Speccy kids, and is worth playing for the nostalgia if nothing else. In itself it’s pretty decent too. It may lack a little polish perhaps. And maybe a few rooms should have been tweaked to reduce the viewpoint issues a tad, but there’s a lot to like here anyway. Oh, just one more thing: Make sure you install the update before you play. There are nasty save game bugs otherwise! 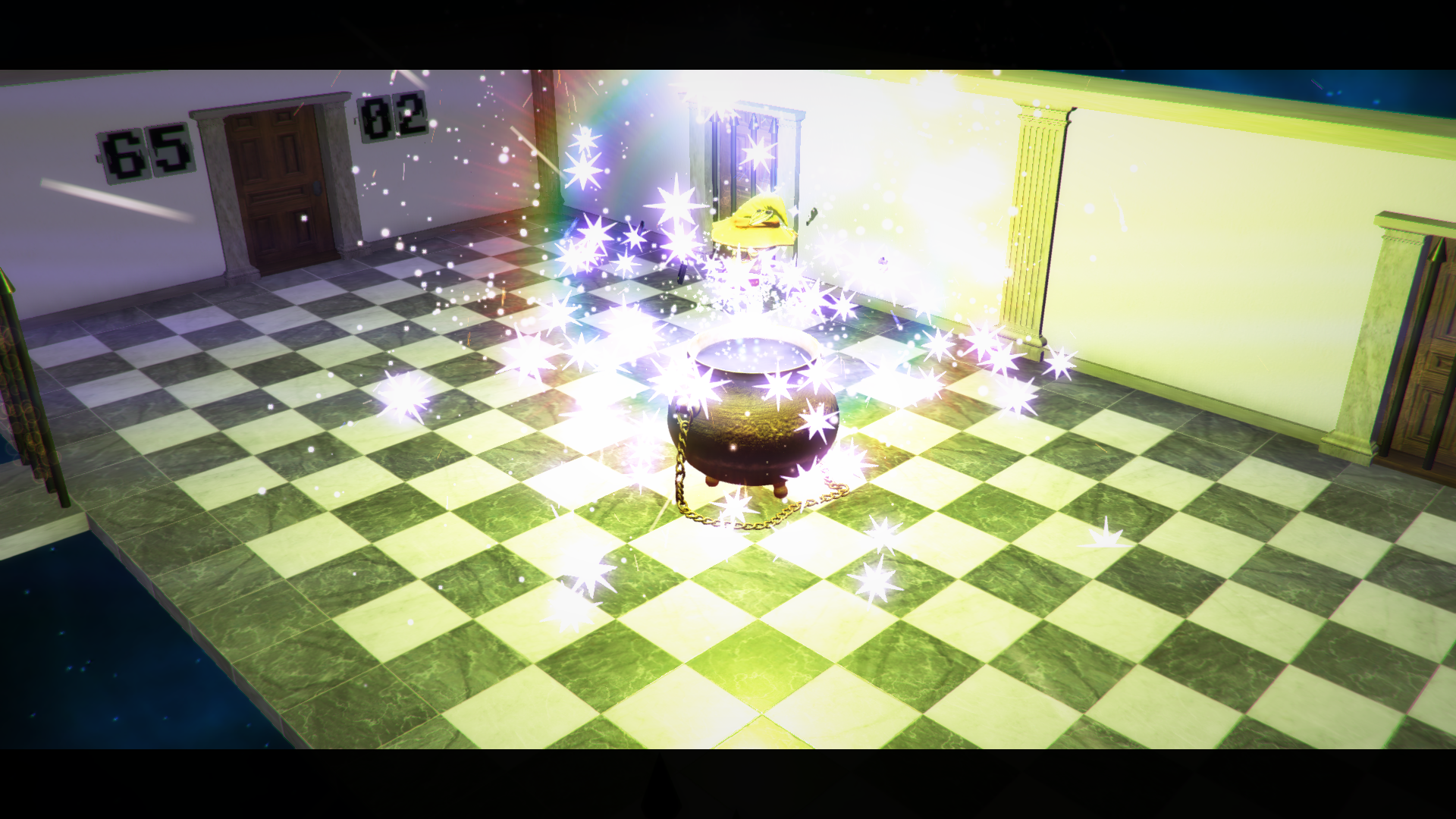