I’m a fan of the original Mappy, and it’s the first game I test whenever I set MAME up on yet another device, but I’d never heard of Mappy Kids.

I was expecting it to be similar to the original, but actually it’s totally different. Instead of being some hybrid of Bonanza Bros and Burger Time, it’s a side scrolling platformer where you have to collect money and valuable items. At the end of each level you play a minigame against a cat – some flag game, a spot the difference game, and a bum-bumping bizarre fight thing – and win, or lose, more money or get extra lives. With this money, you buy items for your house and garden, and presumably to get the good ending (which I did) you have to buy everything.

The platforming itself isn’t anything special, but it’s fine. The bum-bumping game is nearly impossible, and collecting all the money needed to buy everything is very easy and I had loads left over by the end of the game. All that said though, I did enjoy playing it: simple but quirky.

Mappy is a game I always play whenever I fire up MAME and haven’t anything in mind to actually play. I’m terrible at it, but I play it quite a lot. Imagine my surprise when I found this NES-only sequel existed. Not only that, it’s pretty good too.

Like the original, it’s a platformer where the gimmick is trampolines. You bounce on them to reach higher platforms. It differs from the original in a similar way to how Pac-Land and Mighty Bombjack did over their predecessors – by making it a side-scroller. Sort of. 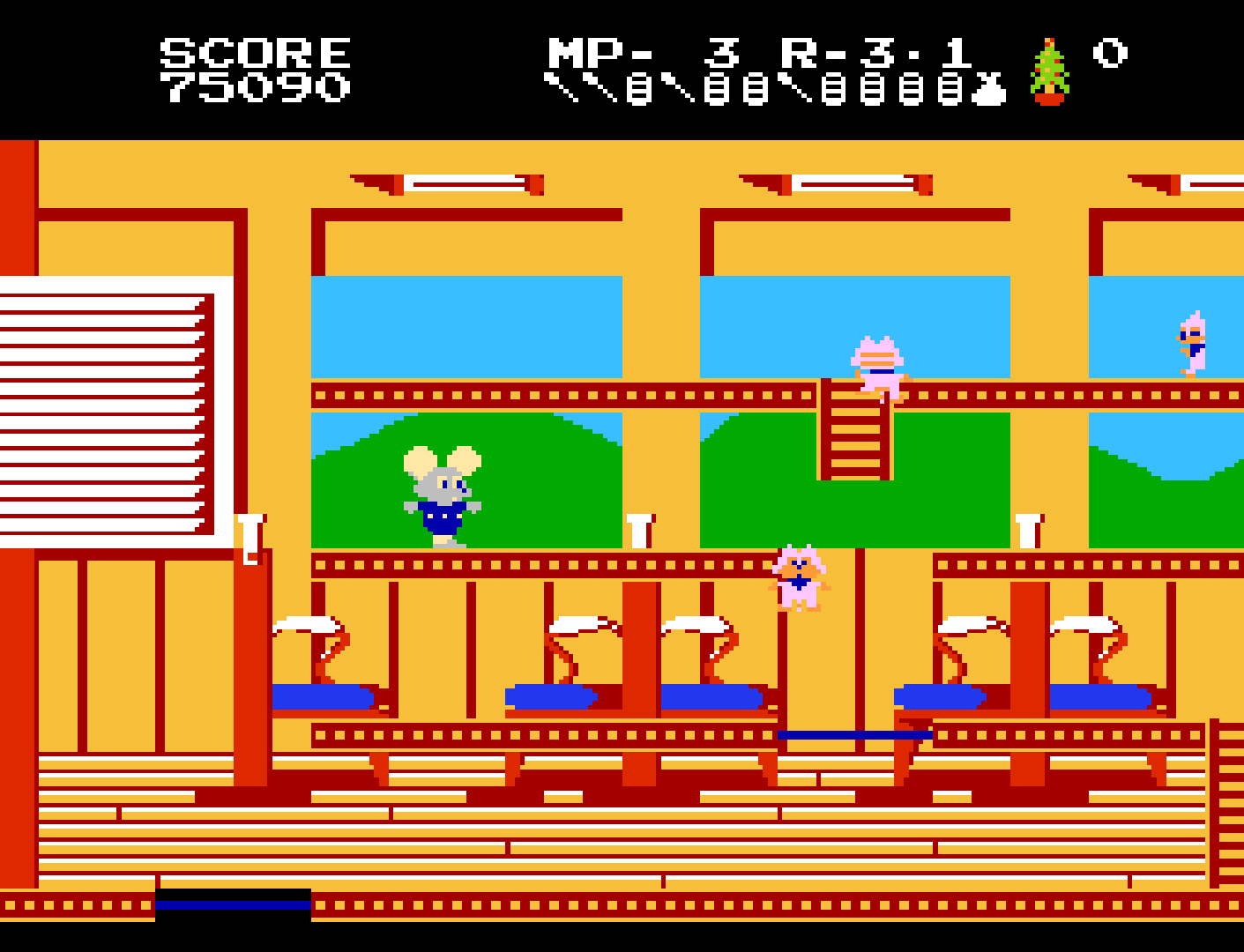 You collect 6 items in each level then head for the exit. Sometimes, you have to obtain an item from a  sub-level to open the exit. Once you’ve done all 8 levels and given your girlfriend a load of cheese, the game restarts with different level layouts and a different set of items to collect. Run through all the levels four times, and that’s it! Well, the game starts again, but it’s effectively completed. Which is what I did. 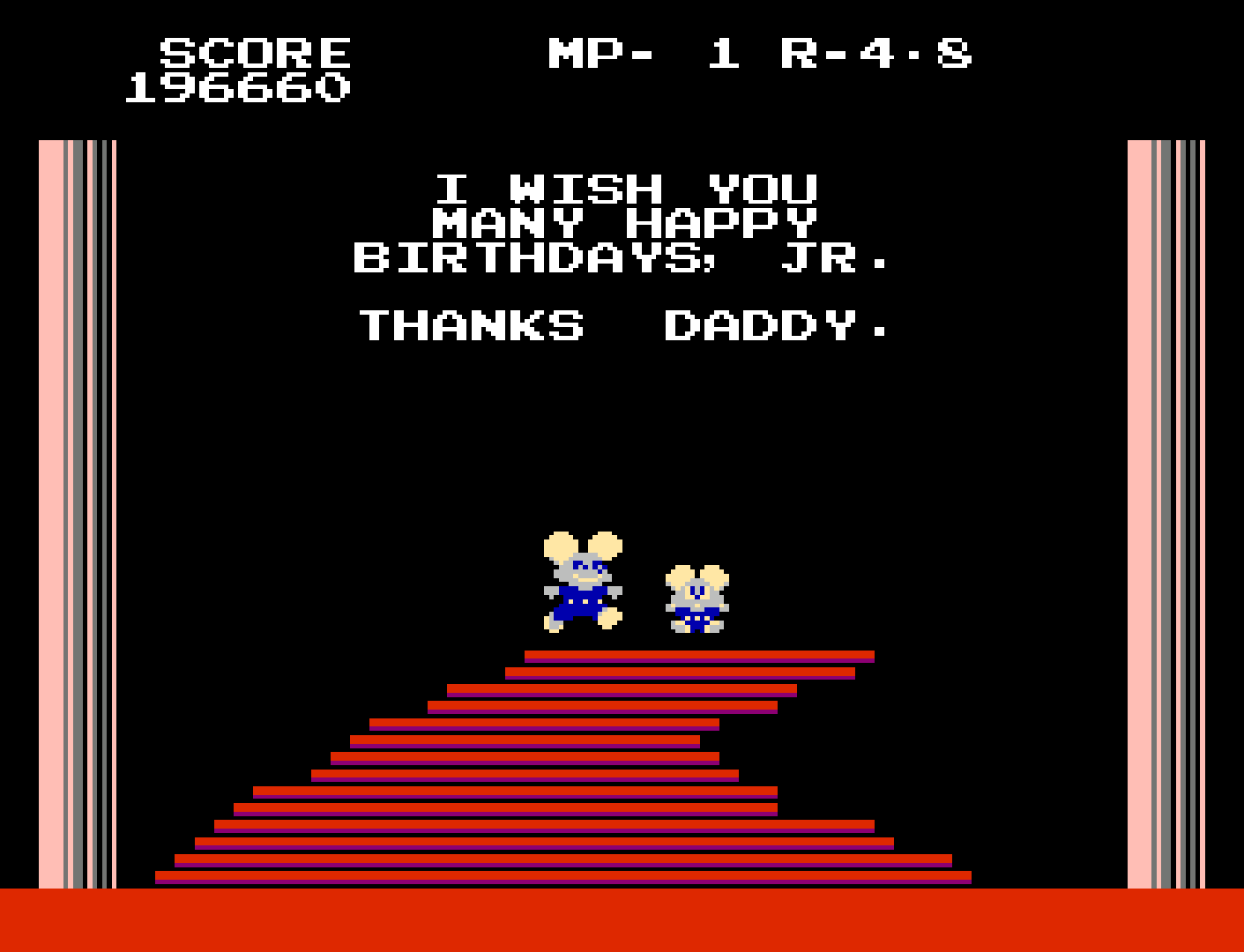