Advanced mode make me am cry from my arm. The idea is to hit the maximum score possible as quickly as you can. Sadly, for me, that too almost an hour an a half. Hence the arm pain.

However, I did manage to rank 58th in the world! 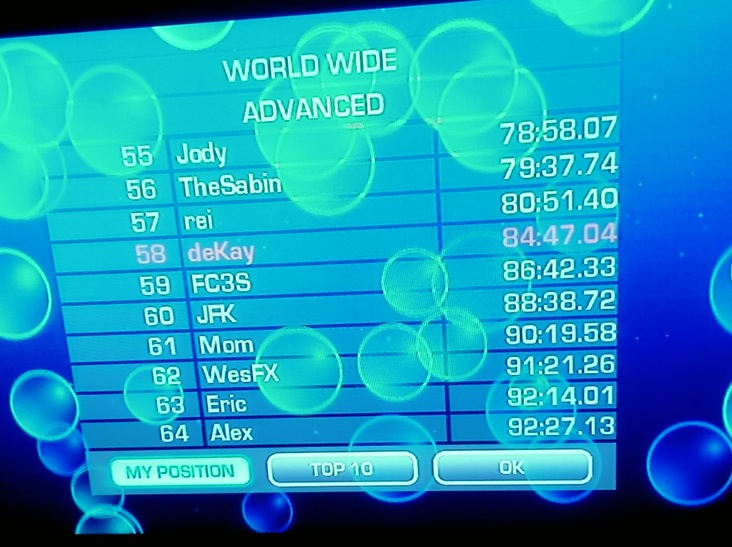 The guy responsible for this WiiWare title posts over at rllmuk, as do I, and so I thought it nice to give him a bit of support. Not least because I managed to get 1000 Wii points to buy it with from Nintendo Stars. If you’ve no idea what any of that means, tough.

After an hour of moving and removing stuff I actually wanted to keep, my Wii had enough space to let me download Pop! And then I played it.

It’s good, in a non-game sort of way. You burst bubbles. I seem to be missing some gameplay aspect, as that’s all there is to it. It’s kind of thereputic, and certainly fun, but like Electroplankton and bubble wrap, there’s no actual game.