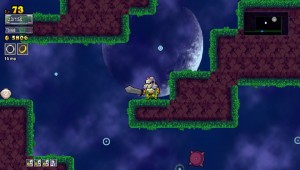 My first completed Vita game! And probably my last, seeing as I don’t see myself ever playing on it again. Rather like my PSP, actually.

But the game, though, was fun. The just one more go factor was extremely high, and the need for greed too strong to just go for the win too early. So many attempts at finding a new boss to beat ended up becoming treasure runs, and once I’d unlocked Spelunker as a character class, I chose them whenever possible. 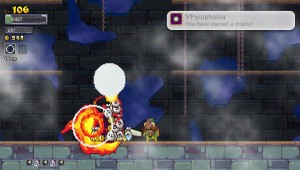 Eventually, I thought I’d best have a pop at the final boss. It dawned on me that the further I progress, the harder he’s likely to be. I don’t know how the game levels up with you, but I was guessing that fighting him at a low-ish level, then levelling up (and trying again), would be better than fighting him at a higher level after levelling up. I’ve no idea if I was right, but having failed a lot of times to defeat “The Fountain”, and then improving my stats a big chunk and trying again, I found him much easier.

With him gone, the credits rolled and the castle reset for a New Game +. I had a quick go, and found that all the harder baddies you came across deeper in the castle in the “normal” game were now front and centre, and my incredible (or so I thought) stats were barely enough to make it through half a dozen rooms. I don’t think I’ll try to complete it, but should the Vita somehow turn itself on in the future, I’m sure I’ll poke at it again for a while.

It’s a been a little while since I posted, so a round-up of recent gaming adventures… 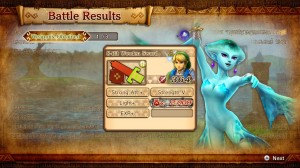 Almost 50 hours have been spent on this now. It’s such an addictive game, and considering how few level maps there are (maybe 10?) there’s so much actual game content and variety. With loads of weapons still to unlock, and several characters still mostly unused, never mind a yet-to-be-started Master Quest mode, there’s a lot left to do.

Most recently, I’ve been trying to rank up Zelda, as there’s a mission in the bottom left corner of the map that I need her to A-rank in order to both get a new weapon, and to open up another section of map with another new weapon in. I’ve managed AAC and ABB a few times, but even though she’s level 42 now, she is still too weak to deal with some of the harder captains quickly enough.

These few remaining plants are proving to be somewhat elusive. Even when I’ve had a seed with an 80% chance of growing into a new species, I’ve ended up with something I’m already drowning in. Still, at least I’m making  a lot of money selling useless plants and seeds. Not that there’s anything left to spend it all on! 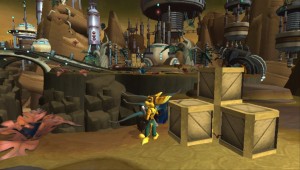 Lets just ignore that V word there shall we? I made a mistake and want to move on without much comment or fuss.

Well, someone noticed I’d acquired said handheld, and generously sent me a download code for the Ratchet & Clank Trilogy for it (and the PS3 – it seems to be cross-buy). I’ve put about an hour into the first game, and… it’s rubbish.

Sorry, but it is. Yes, I know it’s a PS2 game so is a platformer from a different time when this sort of thing was common and acceptable, but it’s dire. Graphically, it’s improved over the PS2 (or, at least, it seems to be), but the camera controls are terrible and the characters soulless and forced. Yet another anthropomorphic animal? Didn’t we tire of those in the late 90s? (Answer: yes, we did).

The platforming itself is rubbish, with jumps requiring guesswork and an unreliable double-jump. There doesn’t appear to be a character shadow to see where you’re going to land, either. Your ranged weapon targeting system is broken, as it automatically locks onto who it decided you want to kill, not necessarily who is in front of you or nearest. Didn’t Zelda teach the devs anything about how lock-on should work? (Answer: clearly not).

I’ve spent more time fighting the game than fighting the baddies, and that’s not a good thing at all. Maybe the sequels are better?

Apparently the saviour of the Vita. I fail to see how. It’s a dull platformer (sort of) with Daddy Pig chatting all over it. A lovely graphical style with unnecessary and nonsensical rear-touchpad bodgery, many seemingly optional tasks which are devoid of fun or purpose (throw the boxes into the hoops? Joy.), and worst of all frequent appearances of my actual disapproving face in the sun, like I’m the baby in Tellytubbies.

I’m really not surprised, as I very much disliked Media Molecule’s previous efforts with Little Big Planet, and although this beats it in style and form, matches it in tedium and disappointment. 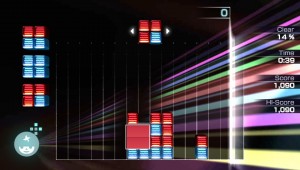 It’s Lumines. Apart from the little face in the bottom left corner which does… something when you poke it, and some different colour combinations and music, it’s the same as the 360 Arcade game from many years ago. Which is fine, actually.

I’ve not played it a lot, but it plays well and the music is nice and I’m not very good at it. So much like the other version then, really. 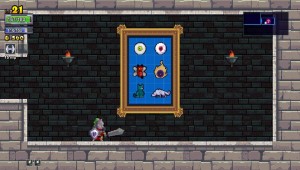 I’d heard this was eventually probably coming to the Wii U, so would have waited for that, but instead bought it from PSN for the Vita (and PS3, I then found out – needn’t have bothered with this Vita after all…). It plays like a Castlevania Roguelike, where you’re a knight who infiltrates a castle for treasure and, er, probably something else. When you die, you’re dead, but you get to try again as one of your children who inherits your stats and money.

Unfortunately, in order to enter the castle again, you have to pay a toll equal to your entire stash of gold. Boo! Thankfully, you’re able to spend your inheritance before then on stat and equipment boosts, as well as unlocking new abilities and character classes.

It’s very “just one more go”, and never frustrating despite the number of deaths (30+ now for me) and having to start over every time. I’ve just unlocked the ability to boost my loot gathering and also reduce how much I have to pay for another go, but haven’t managed to buy anything in each ability slot yet. I’ve also faced at least three different bosses, some more than once, who have all been completely overwhelming. I suspect I need to play a bit longer and boost my skills and stuff before trying again.