Well, where “recently” is “any time in the last couple of months” and “things” is “games I’ve not completed as I’ve already posted about those”. In no particular order:

This was free, but only if I played it enough to get £1 credit back from Green Man Gaming. At first, I really struggled as it misdetected my PS4 controller and everything literally spiralled out of control – see this video, in particular from the 7 minute point:

With that fixed (I used a mouse and keyboard instead), I then worked through the first level, or mission, or whatever. It’s OK, but nothing special. It’s also difficult to play with an Apple mouse, because you can’t click the left and right buttons at the same time. I don’t know if I’ll play it more. 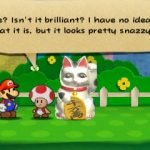 A lot of people seemed to be quite negative about this, but I’m really enjoying it. It removes almost all of the RPG elements (perhaps this is why it has the reputation it does), but the story and the combat are great and it looks lovely. Also, that Wii U one is out now and I thought I’d do this while waiting for that to magically appear in my possession.

Incredible Boggle/RPG hybrid. You’re given a bank of 15 random letters, some worth more than others (sort of Scrabble-like) and you make words out of them. The more powerful your word, the harder your attack is on your foes. You can level up abilities, making 6 letter words worth more, or double letters more powerful, etc. and it’s very addictive. 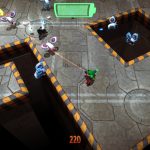 I set my Steam Link up again and this is one of the titles I played, having heard good things and getting it for virtually free in a recent Humble Bundle. It’s not bad, but I don’t think – so far at least – it deserves all the praise. It’s just a quite bland twin stick shooter with average graphics but with some great characters. I’m enjoying it, but not as much as I expected to.

I actually bought this a while back, but still had Lego Marvel Avengers on the go. With that finished (although not 100%ed) my daughter and I broke it out and yes – it is excellent. Jumping from world to world (we’ve had The Simpsons, The Wizard of Oz, Ninjago and Doctor Who so far) is great, and the references to other Lego games (such as the Joker Titanbot rematch) are awesome too. Playing shuffle-the-characters on the portal is less fun, though, but we’ve negated that a little by moving the portal to the sofa between us.

With over 70 hours on the clock now, and still about 30% of my Pokédex unfilled, there’s a lot of game here. Not least when you consider I “completed” it at around the 35 hour mark.