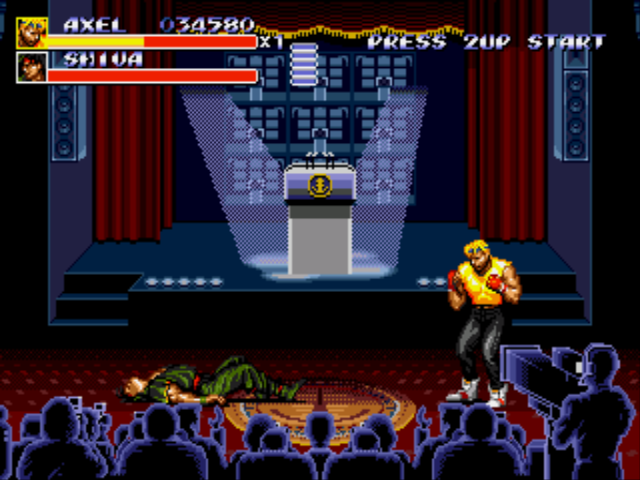 Streets of Rage 3 is certainly the hardest of the trilogy. As far as I recall, I’ve only completed it once before, and then I don’t think I got the best ending.

And so it is that I didn’t get the best ending this time either, unfortunately. I reached the chief in Stage 6 too late (and only just too late as well), and so Shiva was the final boss for me. It’s frustrating, as I played through the game three times today, and on the second attempt I did save the chief – then died on Stage 7. On my third and final try, I didn’t save him. Annoying.

Streets of Rage 3 probably isn’t as good as Streets of Rage 2. It has lots more moves, bigger sprites and in some parts (like the disco) some incredible graphics, but SoR2 plays better and has more variety and much, much better music. Also, Zen (in 3) is rubbish. Where has Max gone, anyway? 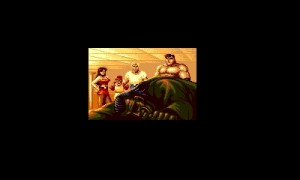 Streets of Rage 2 was always so much better than Streets of Rage 1 in so many ways. Better graphics, more moves, none of those stupid Blaze clones who are impossible to beat, and so on. It was also easier, but sadly the music isn’t quite as good. Ah well, you can’t have everything. 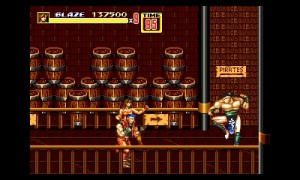 I played through it today on the 3DS (in lovely 3D), as Blaze (because Blaze is best and not because you can see her knickers oh who am I kidding of course it’s because you can see her knickers) and completed it faster than I was expecting to. I was certain it was at least two stages longer, but perhaps I was misremembering some levels from the other Streets of Rage games. It has been a while, I suppose. 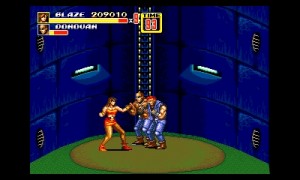 Once completed, the game unlocked “Fists of Death” mode, which I’ve started a playthrough of, as Skate (because Skate is worst). In this mode every enemy takes a single hit. Even bosses. It’s hilarious. I managed to do the first three stages without getting hit myself (I suspected I’d die in a single hit too, but luckily that wasn’t the case). 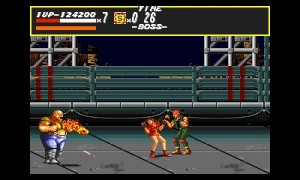 This is not what I expected one of my first completed games of 2014 to be, what with having got A Link Between Worlds and Duck Tales recently. Something made me want to buy and start playing this yesterday (perhaps because I’d just finished Steamworld Dig), and I finished it today.

It’s the same game as it ever was, although you’ll notice I opted for the Japanese version (mainly because I’ve never played it). It made little difference bar the title screen and the small amount of text though.

The 3D effect, however, is impressive. Like 3D Sonic the Hedgehog, it’s entirely superfluous, but the sprites just look gorgeous in the 3D playfield.

There were no surprises – I’ve completed Streets of Rage $hlmun times before after all – but I enjoyed it a great deal. I also found a tactic to deal with the “Blaze Twins” that I don’t think I’d ever realised before: Blaze’s reverse kick. Excellent.