This free sort-of-followup to Thimbleweed Park came out as a surprise recently, so of course I picked it up. It’s built using assets from the original game, as an experiment or prototype, but aside from being short it’s a properly playable thing.

You control Delores, one of the characters from the first game, who has returned to Thimbleweed Park after a year away. She’s taken a temp job as a photographer for the local paper, and the aim of the game is to take 30 photos for various news stories, each fitting specific criteria.

To get the right shot, you often have to solve point-and-click puzzles, whereas others are just reinterpreting the request or being a bit creative with what is around you.

There’s an odd quirk where the game quits (intentionally) after every five photos are returned to the paper, which means that when reloaded sometimes there are tasks that have reset and you have to repeat (and yet others that haven’t), but the whole game is pretty short so it’s not really a problem.

A fun little diversion, especially if you enjoyed Thimbleweed Park, like I did.

This is a point and click adventure how you superficially remember point and click adventures used to be. It looks like Monkey Island or Day of the Tentacle, but in fact all the fiddly bits of those games have been quietly trimmed off. Moving from location to location has been streamlined. Items have more obvious uses. It’s more accessible, there’s less backtracking (or at least, less annoying backtracking), and there’s a built in hint system for when you get truly stuck. 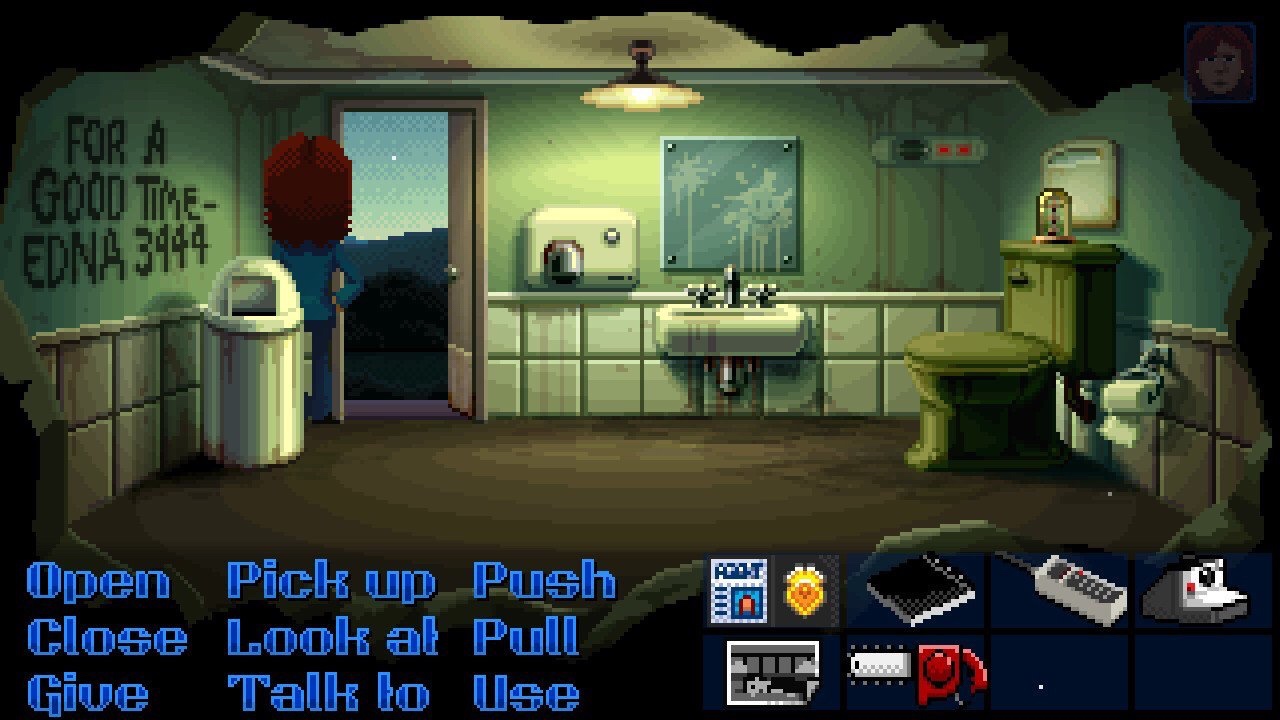 What is the same, however, is the humour, the fourth wall breaking gags, the clever puzzles and the characters with bags of, well, character. And so many injokes, with references to old Lucasfilm adventures a-plenty. In fact, the mansion in the game may very well be the actual mansion in Maniac Mansion.

The story starts out as a reasonably simple murder mystery, which your two federal agents have to solve. Only it gets weird. Then some more characters are introduced (initially by way of playing as them in flashbacks), and the PillowTron business and related inventions add more mystery.

Then there’s paranormal complications and eventually, well, a late chapter in the game is called Madness for a reason. 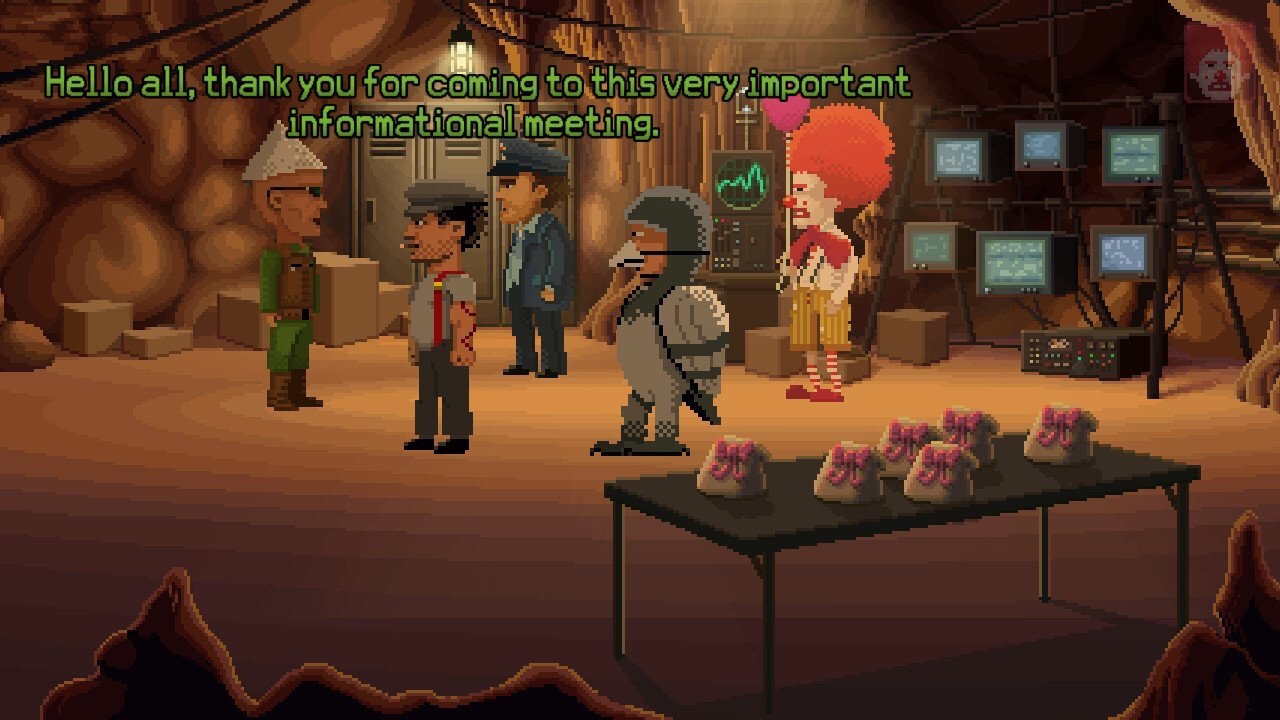 I really enjoyed Thimbleweed Park. A few technical issues – mainly tiny, tiny background pixels being vitally important items – marred it a little. I had to use the HintTron 3000 a few times only to find I was doing the right thing but tapping on the wrong pixel, or using the wrong character. It didn’t affect my enjoyment too much though, and the rest was brilliant.