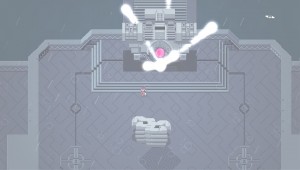 What a difficult game. Rewarding, complete with air punches, each time a Titan is finally felled, but oh so very difficult.

Almost every Titan I came across seemed impossible to defeat. At first it was because I couldn’t see how you were supposed to take them down, and then it was simply because I couldn’t. Perseverance paid off, and eventually each and every one was beaten. Eventually being the operative word there – so, so many attempts. 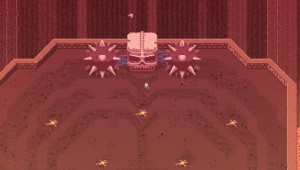 Most impossible of all the impossible Titans was the stone head with two maces. I think about a third of all my deaths were attributed to his spiky balls. There was a genuine sense of achievement and relief once I (literally) shot him in the back.

In comparison, the final two bosses were a walkover. As in, I “only” died around 20 times on each. In fact, the actual final boss himself took a mere handful of lives, although I think that may have been luck. Having dealt with him, it was Game Over and the credits rolled… but then I remembered: two Titans I’d attempted previously, I’d never gone back to finish off. How, then, did I get the end of game sequence? 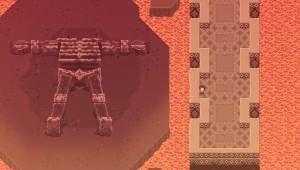 As it turned out, some of the Titans are optional. I’d beaten the game taking out just 15 of them, but there are 18 to off. Mark Foster (who wrote the game) sent me a message on Twitter to say there was a “true” final boss after you’ve beaten every Titan, so my next mission is to find those I’d missed and mop the floor with them too. I did start this, and found (but lost many times to) the Knight With A Big Arrow Titan. I shall return. 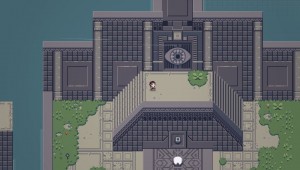 What seems like a long time ago, I heard about Titan Souls on the Pig Ignorant Indie Gamers podcast. Back then, it was a web based game written in about ten minutes for the Ludum Dare game jam. I played it, liked it a lot, and completed it.

Then it spent over a year being developed into a proper full game, and I eagerly awaited its release. And now it’s here! 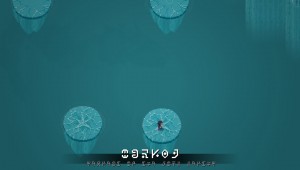 It is, basically, the same as before. Only bigger. Instead of four titans (all of which appear to be in this) there are, er, lots. How many, I’m not sure. I’ve beaten twelve, and am able to access but not beat another two or three, and I’m guessing once I’ve beaten them and opened a massive door there’ll be at least another as a final boss. The game world is still quite small, but bigger than before with a few minor puzzles in it. There’s a jungle, some ruins, a snowy area, and a volcano to provide scenery variety too. 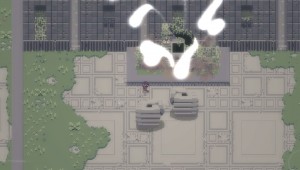 As before, the game is all about killing big bosses and very little else. You have just one weapon – a single arrow that, once fired, you have to pick back up. Alternatively, it can be magically summoned and levitated back to you, but this is slow and so mid-fight needs to be done carefully. Each boss makes use of this limitation, so you have to not only find the (generally) one-hit-kill weakspot, but figure out how to hit it.

For example, one titan is a giant mask who shoots energy balls at you. He flies round the room, always facing you, but his weakspot is his back. You can never directly shoot his back, but you can “pull” your arrow into it having shot it past him. 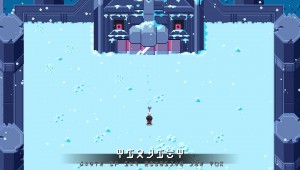 Most titans are as much a puzzle as a fight, so the first ten or so deaths (you’ll die a lot, sorry) are just figuring out where to hit them, and the rest figuring our how and then actually pulling it off. It’s hard. So very, very hard. And incredibly rewarding.

As I said, I’ve downed twelve of these bosses, and it’s taken me about three hours and I’ve died over 180 times. Has that put me off? Not at all.