Deltarune is the follow up to Undertale, that underwhelming RPG from a few years back that ended up with a huge following. It baffles me that so many people revere Undertale as it was so flawed. Entertaining, yeah, interesting, probably. Great? Absolutely not.

So you might be wondering why I’m playing Deltarune at all, let alone to completion. And the only answer I have, is that this chapter was free and, well, maybe it’s better?

And it is better. Not a lot better, and aside from new characters and a three person party, it’s really just more of the same. Sure, it has better background graphics and a slightly less guessworky “act” system in battles, but it’s just more Undertale with the same weird for the sake of weird humour and the quirky but rubbish characters and dialogue. It’s no more fun, deep or playable.

If it ain’t broke and all that, and clearly I’m in the minority thinking it was broke, but I was hoping for improvements in the places that mattered to me. Still, it was free and if wasn’t terrible at all – just not for me, same as the last game. If you loved Undertale, you’ll probably love this too.

That’s Best Ending done then. Not much fighting (well, acting to allow mercy) went on, just a lot of wandering and then so much chat and finally an end boss who can’t actually kill you. 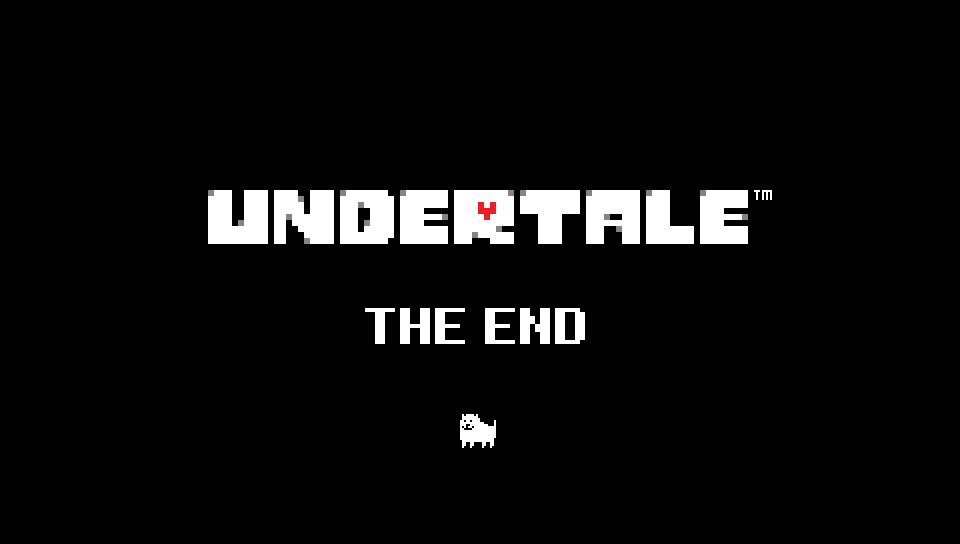 It was alright, I suppose?

When I first became aware of Undertale, with its Earthbound type quirkiness and spare any foe mechanic, I immediately wanted it. The problem was, like many indie games, it wasn’t available outside of PC and Mac platforms. As I rarely play games on those, especially not long games, I had to wait for a console version.

Which somehow, I missed. In fact, it was only when absentmindedly scrolling through the PSN January sale I noticed it existed for the PS4 and Vita, and at a bargain price too. Yoink! 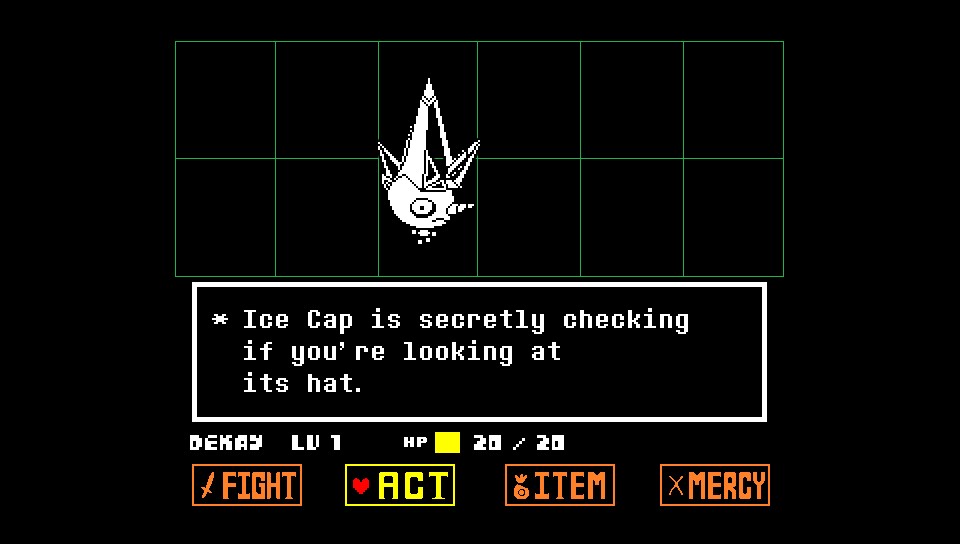 And it’s a bit disappointing, sadly. The humour and quirk is fine, and the intentionally terrible monster designs is alright. The way you have to dodge attacks is quite clever (if often near impossible), and although I wasn’t a fan to start with it’s probably better than “stand and get hit” like most other RPGs and I warmed to it in the end.

No, the disappointment is that it just isn’t that good a game. The areas are boring, there’s not much depth to it, and it’s very short. Of course, I’ve gone for the pacifist route which means very little combat, so that might be part of the reason. There’s also the lore, which is sort of interesting but not really compelling. For a game pretty light on gameplay, there needs to be a story you want revealing to push you to keep playing, and Undertale doesn’t have it. Sure, after completion there’s some more to mop up to get the True Ending (which I’m heading for now), but to get there involves some funny but pointless filler about dating NPCs. 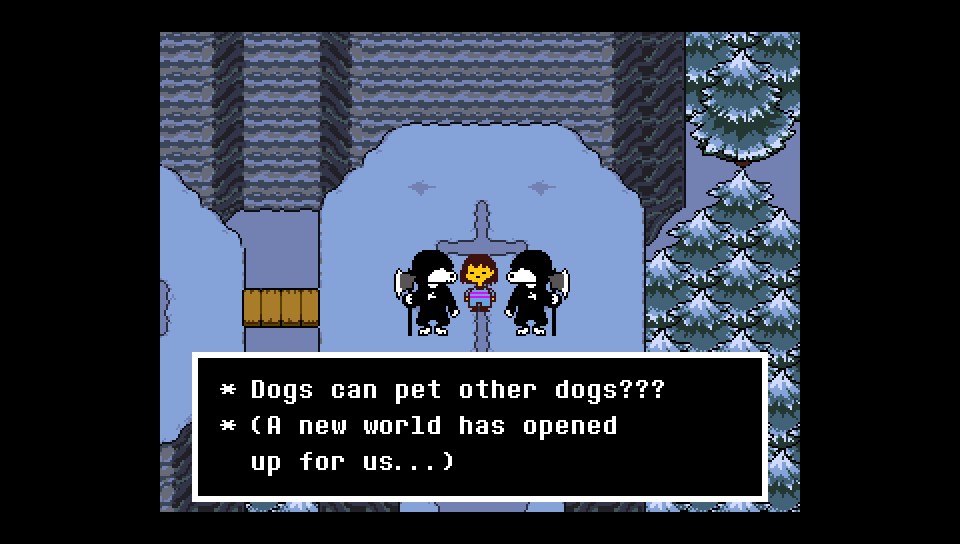 At five hours in now, I’m looking forward to getting this true ending, when I should be wishing the game was longer, so something isn’t working for me here. Shame.