A black and white stick-man role playing game set in a warped version of the Wild West where demon cows attack and there’s goblins, skeletons and necromancy and folks make their fortune mining meat? I mean, it’s a cliche setup for a game already. How could it possibly stand above the hordes of other similar titles? 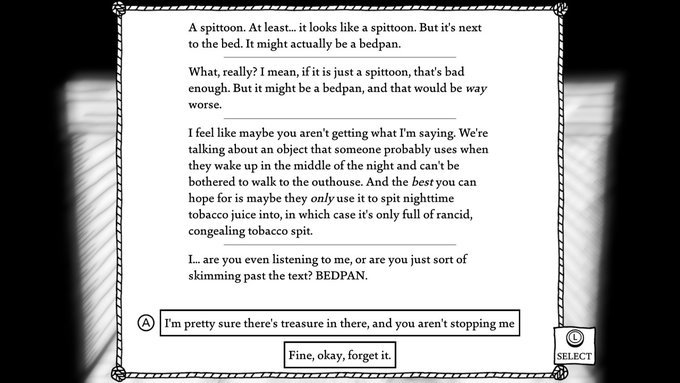 I jest of course because my god is this one strange, silly game. What with quests where you must find a bowtie, or round up some cultists, or get a lumber permit for a town from another town using the most repetitive (and intentionally so) amount of to-ing and fro-ing you can imagine. All the while facing standard turn-based RPG combat against terribly drawn creatures and bandits (and sometimes inanimate statues) where your array of weapons include a pistol you found in a toilet and a club fashioned from a cactus.

OK, perhaps not so standard. 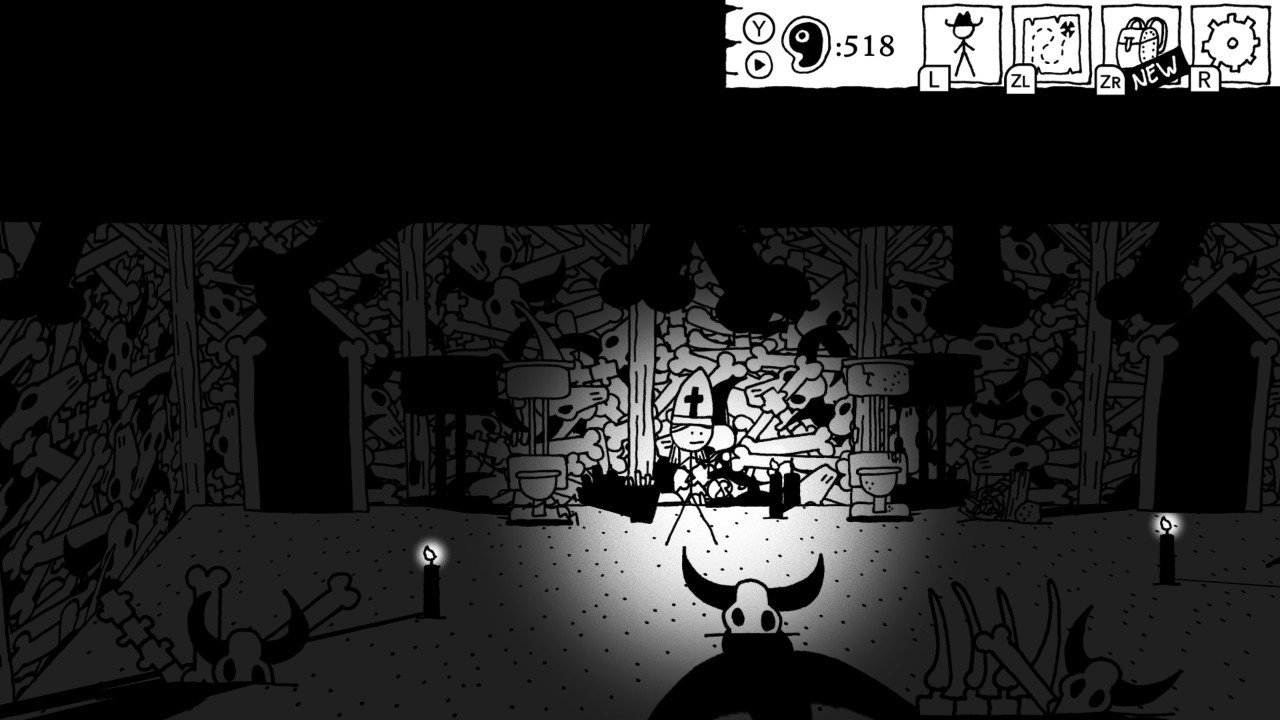 It’s not weird for the sake of weird either. In the madness of the world it all, pretty much, makes sense. The humour is spot on, poking fun at wild west, RPG and stupid pointless quest tropes. It even sticks itself in the ribs many times. West of Loathing is a genuinely funny game, never forced – except when it is on purpose and it groans with you at the terrible jokes or puns. There’s a lot of text but it’s all worth reading. One-note remarks, jokes that half-hidden or implied, punchlines you see a mile away but occasionally don’t even come because they’re so obvious. Silly stuff, like how every bottle of sarsaparilla you pick up is spelt differently because who the hell spells it correctly the first time?

West of Loathing isn’t all about the chuckles, though. The game is a decent, solid play too. The RPG mechanics are basic but through the class and levelling systems there’s an array of perks and skills you can unlock, upgrade and make use of. I’m not sure this element (although a major part of the game) alone would make it playable, but with the world and humour it is elevated to something approaching genius. Too often “funny games” can be hilarious but terrible to play, or great mechanically but the wit is grating, but West of Loathing manages a balance of both. Even the graphical style – which looks like they’ve barely bothered to even try and draw a game properly – works really well. They’ve even added a colour-blindness option in the settings. For a game 99% in black and white. Amazing. 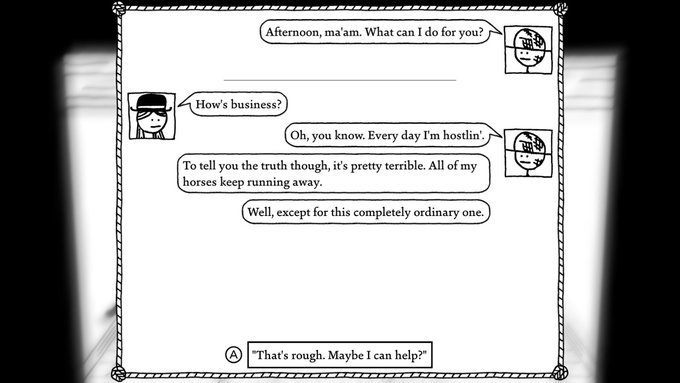