The plot is similar to that of Wonder Boy III, in that your hero, Jin, has been turned into an animal (in this case, a pig), and must progress through the Metroidvania-ish world gathering orbs. Each one of these can turn Jin into a different creature, each with different skills: The snake can crawl on certain walls and ceilings, the lion can smash through certain blocks, etc.

And it’s huge. It took me a good 20 hours or more to complete, which is much, much longer than the previous games. It was actually quite a bit easier too, especially the bosses, all of which were walkovers – even the final boss who I beat on my first attempt while barely getting hit. The platforming and some of the puzzles were more challenging, but the important thing was the whole game was a lot of fun.

I thought I’d completed the Master System version of this a few months ago, but it turns out it was actually May last year. How time flies! This version is the Sega Ages remaster of the original arcade version, which I’d expected to be virtually the same as the Master System on (albeit with better graphics), and although it was very similar the differences still threw me.

For a start, it’s a lot harder. Like, several difficulty levels harder. This is for a number of reasons, not least that the timer runs down much more quickly and unless you’re legging it through the levels at full pelt (which you can’t do) you will definitely lose a lot of health – you lose a heart every time the egg timer runs out. The bosses also seem to require many, many more hits. Even with the best sword in the game, they’re just sponges. Then there seem to be more, and trickier, levels too.

But it has some features the Master System didn’t. You can continue when you die, which is more than useful (until the final level where they don’t let you any more), and if you decide to restart the game from scratch, this Sega Ages version allows you to start with the equipment you had previously. This means you can get hold of the best armour, boots, shield and sword much more easily. As I said though, the bosses are so hard that doesn’t help with them so much.

When I finally reached the final level I had the choice of getting the bell (to find my way through the maze) and the ruby (to make the final boss a lot easier). I went with the ruby and hoped I could remember the route. Thankfully, I could! The dragon wasn’t too hard (way easier than bouncing mushroom guy or Snow Cong & Chums, for sure), and then the game was over.

Another game I’ve completed before, but not recently and certainly not as frequently as Mega-lo-Mania.

Helpfully, I totally missed getting the bell so had to rely on mainly faulty memory to make it through the castle at the end. I’d stocked up on Thunderflashes though, which makes taking out the dragon a lot easier when I finally got to him.

Sometimes, I wonder if my game playing skills have deteriorated over the years. A combination of getting older, and games getting easier. It’s likely. It’s with trepidation that I tackled The Dragon’s Trap then, as I always found the original much too hard. 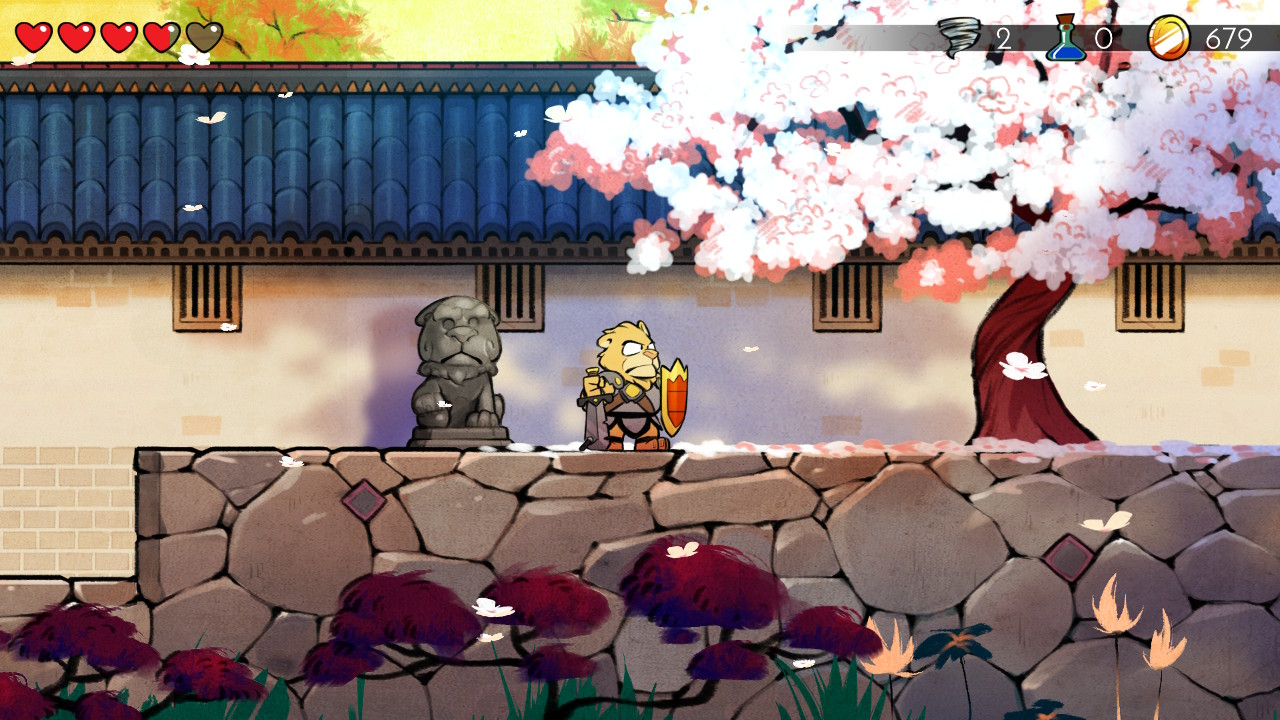 As far as I can make out, the new version does nothing to make things easier. It’s a reskin, with everything in the same place. Enemies take the same damage. There aren’t any new powers or anything to help. I wasn’t sure I’d manage it.

It’s true that The Dragon’s Trap was indeed difficult. However, when I took my time, actually watched the baddies, anticipated their movements and attacks, I realised it was doable. Just like in the old days. Funny that. Grinding for money to buy better equipment helped too. Sure, I messed up a lot. Died one hell of a lot. But today, I beat the final boss. 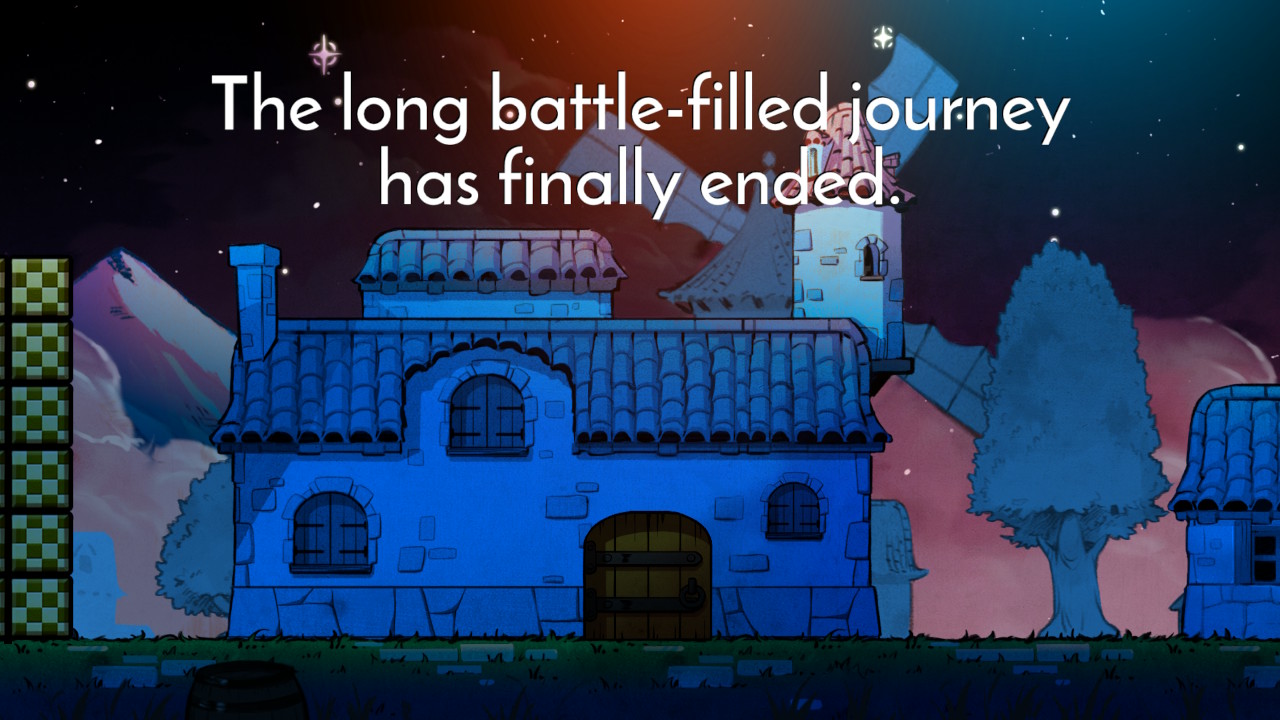 Not that I realised it was the final boss. I thought there’d be at least one more after it, but no – up came the end of game sequence. Oddly enough, the final boss was by far the easiest. He was easy to dodge. You could hit him anywhere (not just his head like with the other dragons), and you automatically block all his attacks. Assuming you face him, anyway. No epic final battle, sadly, and although I was sure I’d have to return to the castle afterwards, alas, this was not the case.

It doesn’t really matter. I had my fun and beat a game I’d never beaten before. 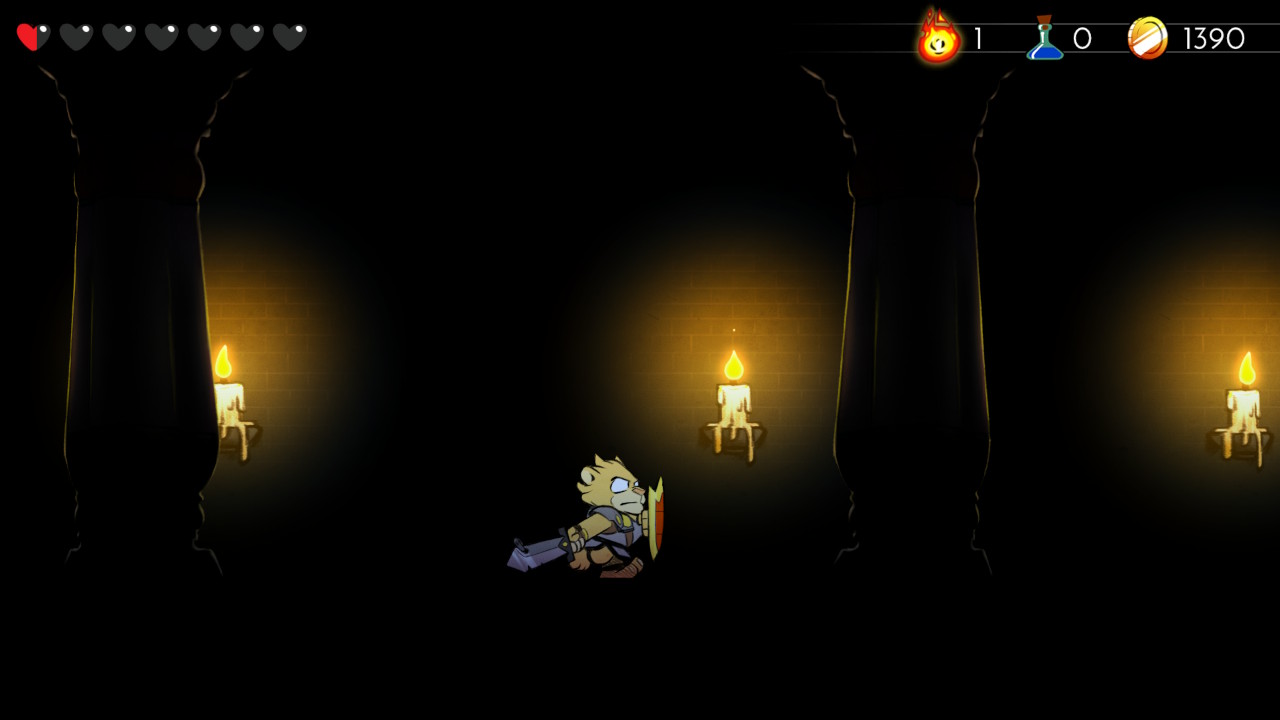 To my forever shame, I never completed Wonder Boy III: The Dragon’s Trap on the Master System. I own it of course, and played it a lot years ago. As most people will agree, it’s a fantastic game, but somehow, even with the infamous WE5T ONE “cheat” I could never beat it.

This new remake isn’t really a remake. It’s a reskin. Everything bar the sound and graphics are exactly like the original. It doesn’t look like it, but all the blocks, items, baddies and objects are exactly where they used to be, and attack or respond in the same way. Only now they have fancy new graphics and animation! There’s actually a button you can press at any moment that “unskins” the game and lets you play it just as it was on the Master System. You can swap back and forth whenever you like. It’s black magic. 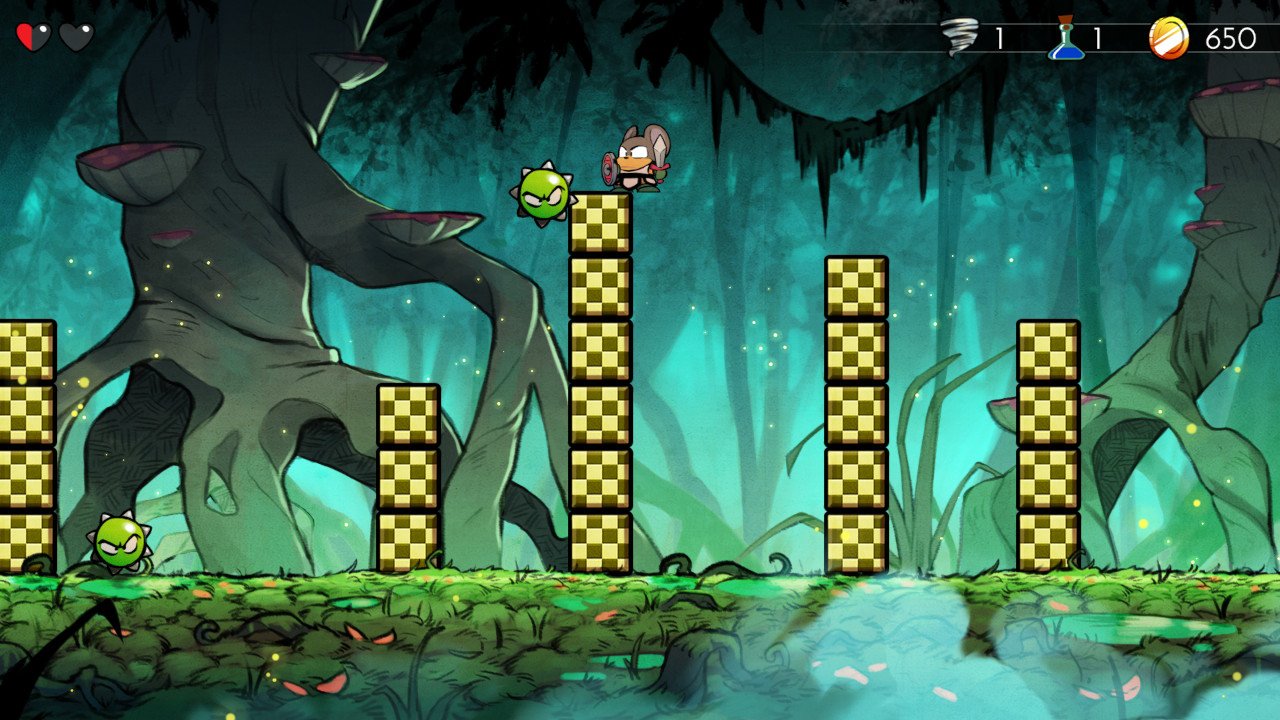 Which means, it’s the same game as before. Thankfully, it was a great game before and so still is now. But oh so hard.

I’ve worked my way through Dragon Girl (oh yeah, you can be a girl now) and Mouse Girl’s sections, and have beaten a few bosses. I can’t defeat Pirate Dragon though, as he’s clearly impossible. I’ve managed to upgrade some of my equipment, found an extra heart, and bagged some special weapons, but all in vain as I fell once more. Hmm.