You may think that because of the way I’ve haphazardly been playing this off and on over the last couple of months (or more) that I’ve not been enjoying it, but that’s actually not true. I have enjoyed it quite a lot, it’s just other games have been sidetracking me. 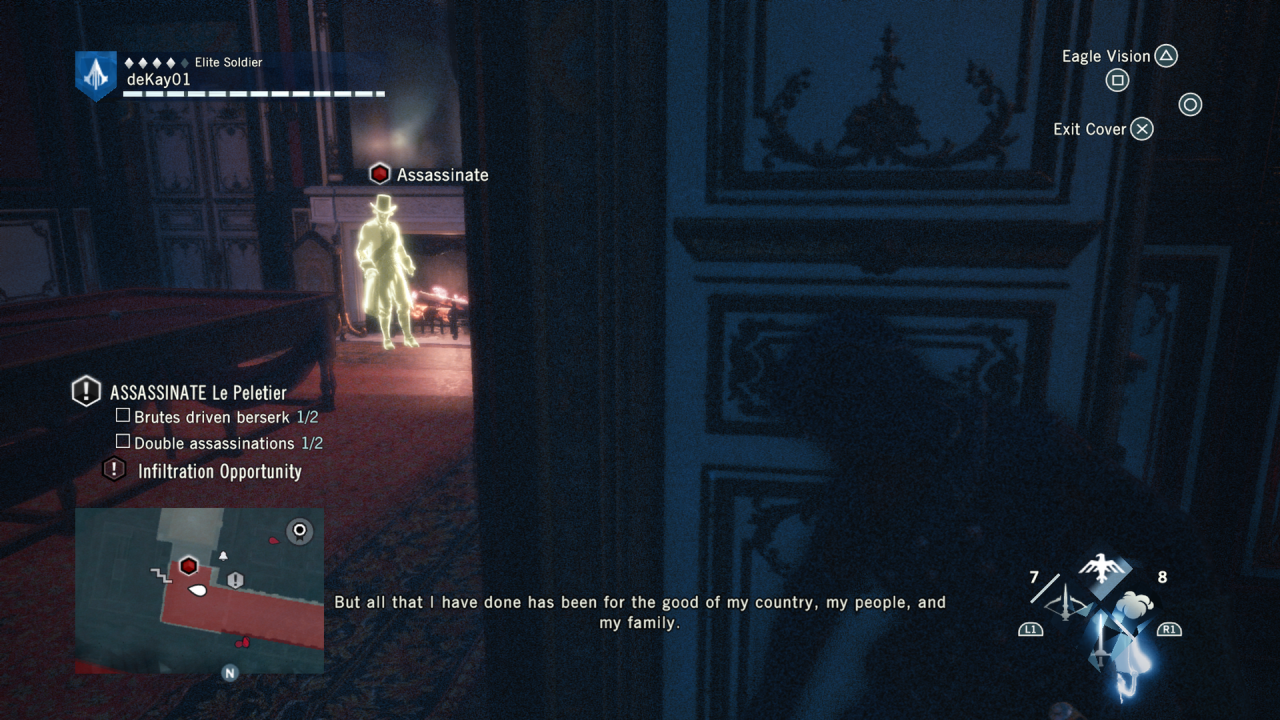 Over the last week I’ve made a conscious effort to “get it done”, in a straightforward way: just the story. I was finding it all too easy to be distracted by side missions and collectables and that in turn was having an effect on how I was following the story (and I do so like to follow stories), which coupled with intermittent play wasn’t conducive to getting through the game. The upshot is, that I barrelled through the last three or four sequences and finished the game. 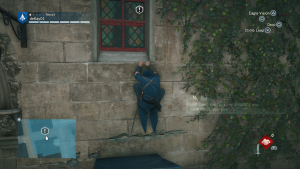 In many ways, Assassin’s Creed Unity is a return to Assassin’s Creed Brotherhood, with almost all the action taking place in Paris, not unlike how Brotherhood was in Rome. There’s no III/IV/Rogue boating nonsense here – it’s proper back-to-basics assassining which is familiar and fun. A downside is the number of weapons at your disposal are a little reduced, but it doesn’t really suffer for it. 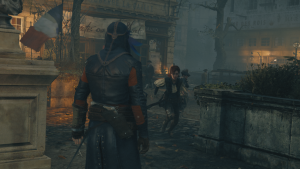 Concentrating on the story allowed me to ignore many of the many hundreds of icons on the map, which clutter the place and make the missions seem unwieldy. Just vantage point, targets and sometimes shops were generally enough, and now I’ve completed the game and acquired a fantastic new sword, I can merrily run around Paris with gay abandon mopping up all the chests, crests, cockades, side missions and other attractions.

So is it any good? A lot of people would tell you no, Unity is not. The story is not especially strong, and the plot muddies the water between assassins and Templars to the point where it doesn’t really matter which side you’re on – both have a stake in the French Revolution (but seemingly for the same reason), and there’s an uneasy truce between the two age-old adversaries for much of the game. In fact, the final boss (spoiler?) would appear to be a Templar working the Order for his own gain, dispatching more of his own “team” than those who would traditionally oppose him. It’s odd, but after previous games it’s something different, I suppose. 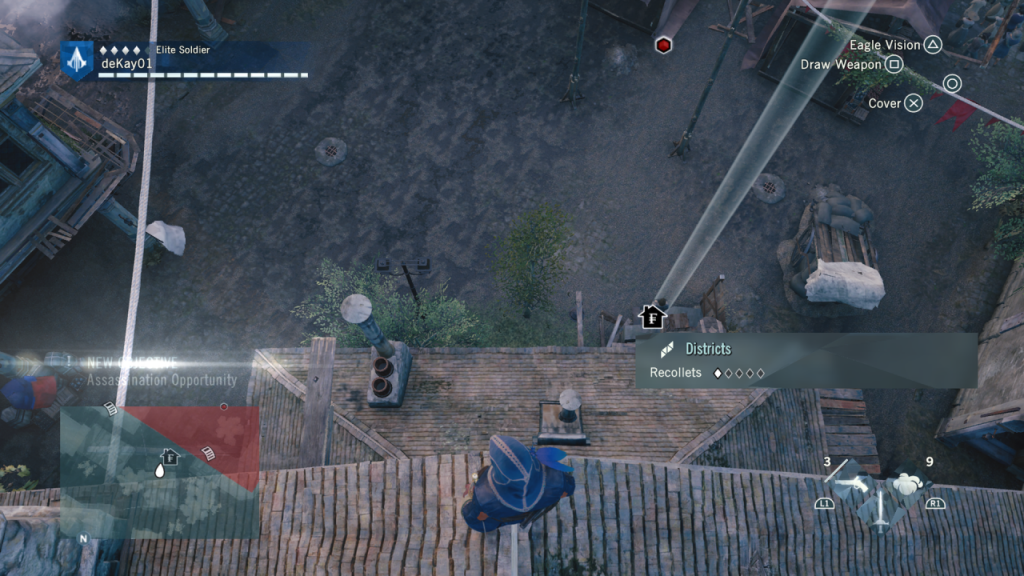 Gameplay is the same as before, albeit with the ability to create distraction or assistance opportunities when mounting an attack. Rescue some prisoners and they’ll occupy the guards, for example. There are more “predetermined” methods of offing your mark too, but that flies a bit against the free-form “do it however you want” way of earlier games. You can still do that, but you’re suggested ways of achieving your goal. Perhaps that’s for the casual players or something – I rarely stuck to them.

Graphically it’s a massive leap from Rogue, as you’d expect being on newer hardware, but aside from far more people roaming the streets and a longer draw distance when synchronising viewpoints, it’s not really that important.

I’m not sure where in the hierarchy of Assassin’s Creed games I’d put Unity, but it’s certainly better than III and the first game, of course, and it’s probably the best non-boating one since Brotherhood. In the middle, maybe? It’s certainly pretty good, and I expect many of the complaints at release (bugs and performance issues) simply aren’t there any more. I’ve certainly not seen many – fewer than most titles in the series at least. Assassin’s Creed Unity is definitely recommended, especially if you loved the earlier games.