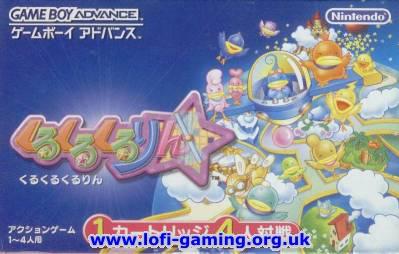 I used to love importing stuff, as I’ve mentioned before. I don’t do it nearly so much now for various reasons like I’ve reigned in my spending, it’s less necessary for some platforms, it’s not possible for others (3DS region locking, for example), and it’s not as cheap as it used to be.

At least, I thought it used to be cheap until I found this receipt from 2001:

More than £30 for a Game Boy Advance game? That’s more than full price for a western release back then, not that Kuru Kuru Kururin was available as a western release at the time of course. I must have shopped around to get that price too, as I only bought the cheapest I could. Also: remember VAT at 17.5%? Good times.

It was purchased from a company called Divineo, and back then they were actually UK based, although I suspect they were a UK company trading under the Hong Kong parent of the same name. Technically, they were doing the importing, not me. I don’t think I ever ordered anything else from them, and a quick poke around the internet suggests that even up to 2014 they were still trading – selling modchips, perhaps, which may explain where they are now…

The parent company is still about, although sadly don’t sell Game Boy Advance games any more.