I’m a sucker for gaming tat, so it was no surprise that as soon as the OneStation was shown to me, I bought one. And five game cartridges. After an agonising three week wait, it finally arrived from Hong Kong. Missing one cartridge. However, as will be revealed, that doesn’t actually matter.

But wait! I’m getting ahead of myself! You all want to know…

What the hell is a OneStation?

Until it arrived, I wasn’t really sure. It appeared to be a handheld console that played emulated versions of console games. Which console games, and from which consoles, wasn’t exactly clear. After all, the box shows both Sonic the Hedgehog and Mario. Confusing!

Let me reveal it to you, then. The OneStation FC3000 (the specific model I bought) is none other than a portable Famiclone. In retrospect, the “FC” in the model name should have given this away – but! Sonic! For those not in the know, a Famiclone is a copy of the Japanese Famicom console. A NES, pretty much. Most of the generic TV game consoles created in the last 10 years or so, usually shaped like other game consoles or controllers, are in fact Famiclones. I already have a semi-licenced one, called the NeoFami. It plugs into a TV and can play original Famicom games, and NES titles with an adapter.

The OneStation, however, is a little too small to play original NES games, being around one-third the size of a NES cartridge. This is where the OneStation-specific game cartridges come in: each contains a pile of NES roms, much like those pirate 12,000-in-1 GBA cartridges you can buy.

As is Internet Tradition, all gadgets must be photographed as the box is opened. The OneStation is no different! 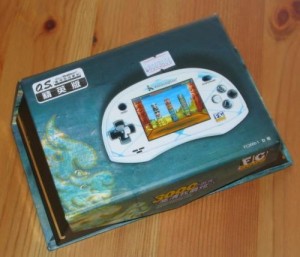 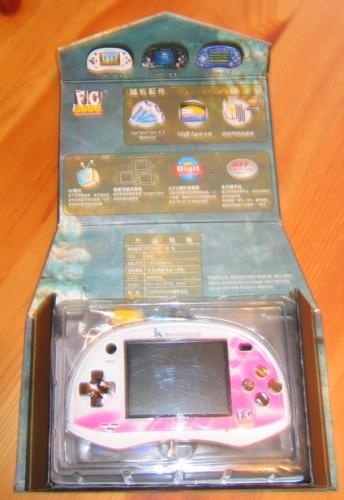 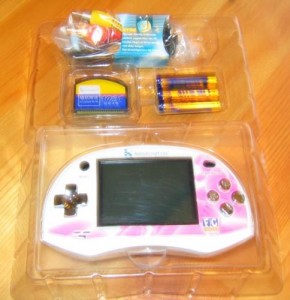 Do not be deceived by the clarity and quality of the screenshot on the front of the box! It’s nothing like that!

To get some sort of scale, here’s a comparison picture with the OneStation next to a DS Lite (playing the downloaded-from-the-Wii version of Geometry Wars: Retro Evolved, if you were wondering): 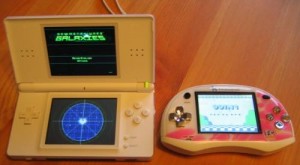 And here’s a shot of the included 10-in-1 game cartridge compared to DS and GBA games: 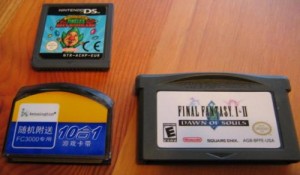 As you can see, they’re a little larger than DS cards, but about as thick as GBA cartridges. This is all important information, I’m sure.

Your pokemans – show me them

Sadly, I can’t. Although the game cartridge artwork suggests that there’s a Pokemon title to play, I can’t find it. Besides, there were no Pokemon games for the NES, were there? Aside from some unofficial hacks (like that Smurfs game someone altered the graphics on) anyway. But! Sonic! 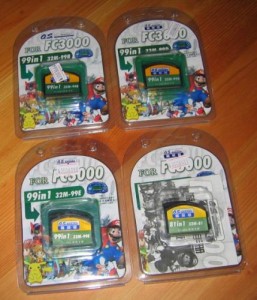 Yes, they do all look the same, don’t they? Although one has 81 games on it, not 99! It is not known why this is. You’ll notice the “99B”, “99D” and “99E”. This means each cartridge is actually different, and this is true. Sort of. They’re actually all almost the same, each with 99 games, but they’re the same 99 games on each cartridge, with maybe three unique games to each unit.

But what games, I hear you ask. NES games, of course! Sadly, they’re all the “small rom” games, so no Super Mario Bros 3 (even though the cart title screen suggests otherwise), no Castlevania III, and no save game titles either (g’bye Zelda and Shadowgate). If you’ve ever seen a Famiclone before, the list of titles will be eerily familiar: Mappy, Donkey Kong, Nuts and Milk, Excitebike and so on. 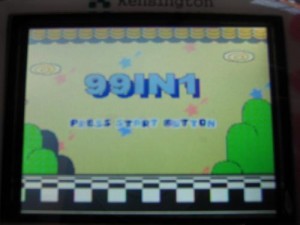 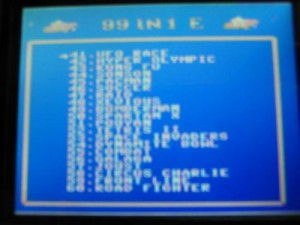 Thankfully, unlike most multigame carts of this ilk, there don’t appear to be a load of duplicates on the same cartridge. And, remember Sonic on the artwork? 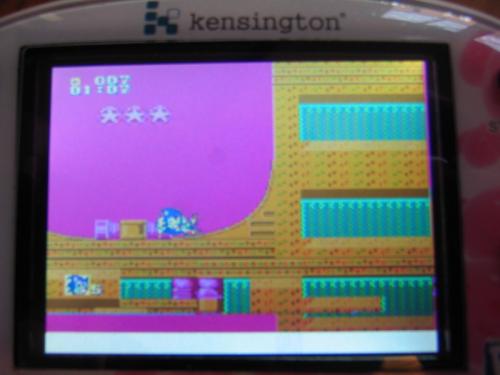 It’s glitchy, jerky, and pretty crap. That’s right – it’s a completely unofficial version of Sonic the Hedgehog, running on NES hardware! Of course, it’s probably a rom hack or some homebrew endeavor that’s been floating around the internet for a decade or more. It’s also only on one of the game cartridges. Which one? That’s an exercise for the reader. After all, each cartridge is only about US$3, so you may as well buy the lot.

Interestingly, the 10 games included with the OneStation all appear to be original titles, and not hooky roms at all. They’re all pretty crap, but at least they’re original crap. 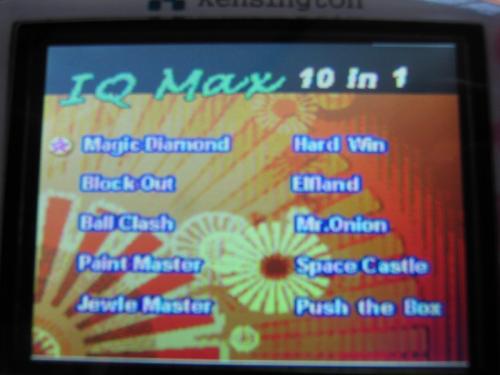 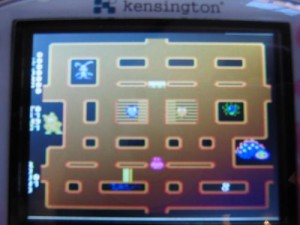 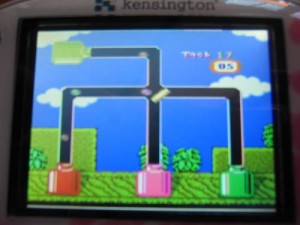 No, not the actual OneStation screen (although it is a reasonable size), a TV screen! The OneStation comes with a composite cable that you can connect to your TV to play games that way. The picture is of great quality, but the cable (and/or the socket on the unit) is not – it crackles, and unless you sit almost perfectly still, you momentarily lose the screen. This could just be a slight issue with my unit though, as the cable doesn’t seem to fit in the socket fully. 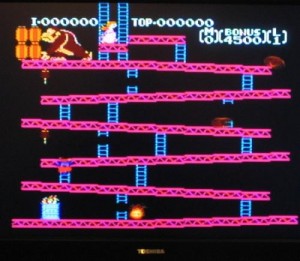 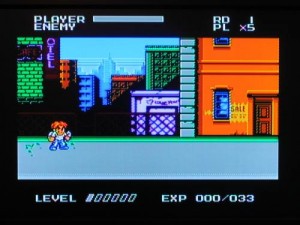 A little. It’s a bit plasticy, and the moulding on the unit isn’t great (and why the video cable doesn’t fit properly). The cartridge slot is also very tight, making inserting and removing games very difficult. The screen is of reasonable quality, but the already-attached screen protector has dust and air bubbles behind it. The control buttons are OK, if a little loose and close together, but they’re the opposite way round to a NES pad. I don’t know why it has four buttons, as three map to A, B and Select (Start is a separate button elsewhere), and the other doesn’t seem to function. The d-pad is loose and oddly shaped: there’s a reasonably deep “well” in the middle, which makes movement a little awkward, but it’s tolerable. Sound quality isn’t great, partly due to the tinny speaker, but probably mainly due to the fact it’s a NES and therefore you can’t expect much. The volume and power controls are around the edges of the console, and don’t get in the way. That’s something, I suppose.

The “manual”, such as it is, is all in Chinese. This is to be expected as it’s from Hong Kong, but some of the words on the box and other paperwork are in English – including the line “please read the manual before operating”.

In all, you get what you pay for. I spent around £30 on the unit and the five cartridges (four, if you don’t count the AWOL one). As a portable NES with TV out and a large number of games, it’s a bargain. As a must-have gadget, it’s a waste of money. It depends where your priorities lie with this sort of thing really. Personally, I love it. But then, I loved the Gameking. And the POPStation. Make of that what you will.

Here’s a terrible quality video of me playing some games on it.

There Can Be Only OneStation