Unbelievably, even though the Gameking was quite clearly 100% perfect in every single way, Time Top felt they could improve it further! And so, there came into being the astounding Gameking II!

What could they possibly improve? Well, it needed a more modern styling, apparently. With the Gameking taking design cues from the Game Boy Advance, the Gameking II obviously went further – and now it’s a PSP-alike! Aside from this obvious improvement, the Gameking II has a second major selling point – they’ve made it backlit.

Technically, it’s actually sidelit, but since when has Time Top cared about mere facts? Not only is the screen now lit, but there’s a mountainous background to look at on it too. Amazing. The best bit about this background is that when the light is off, you can’t see it, and when the light is on, it is all you can see! It even mostly obscures the game you’re playing if you have the light switched on! Ace.

Just look at it. It simply exudes aceness, yes? 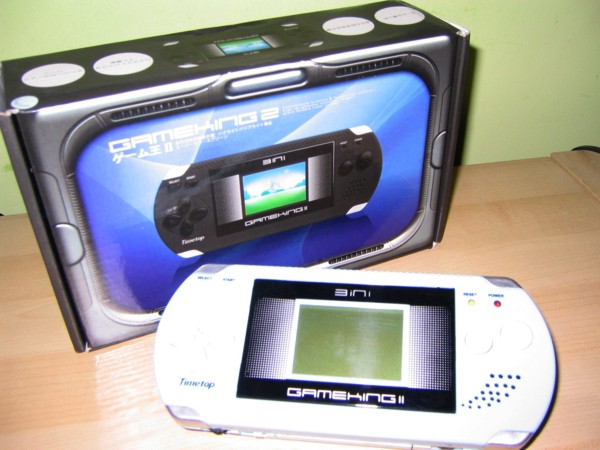